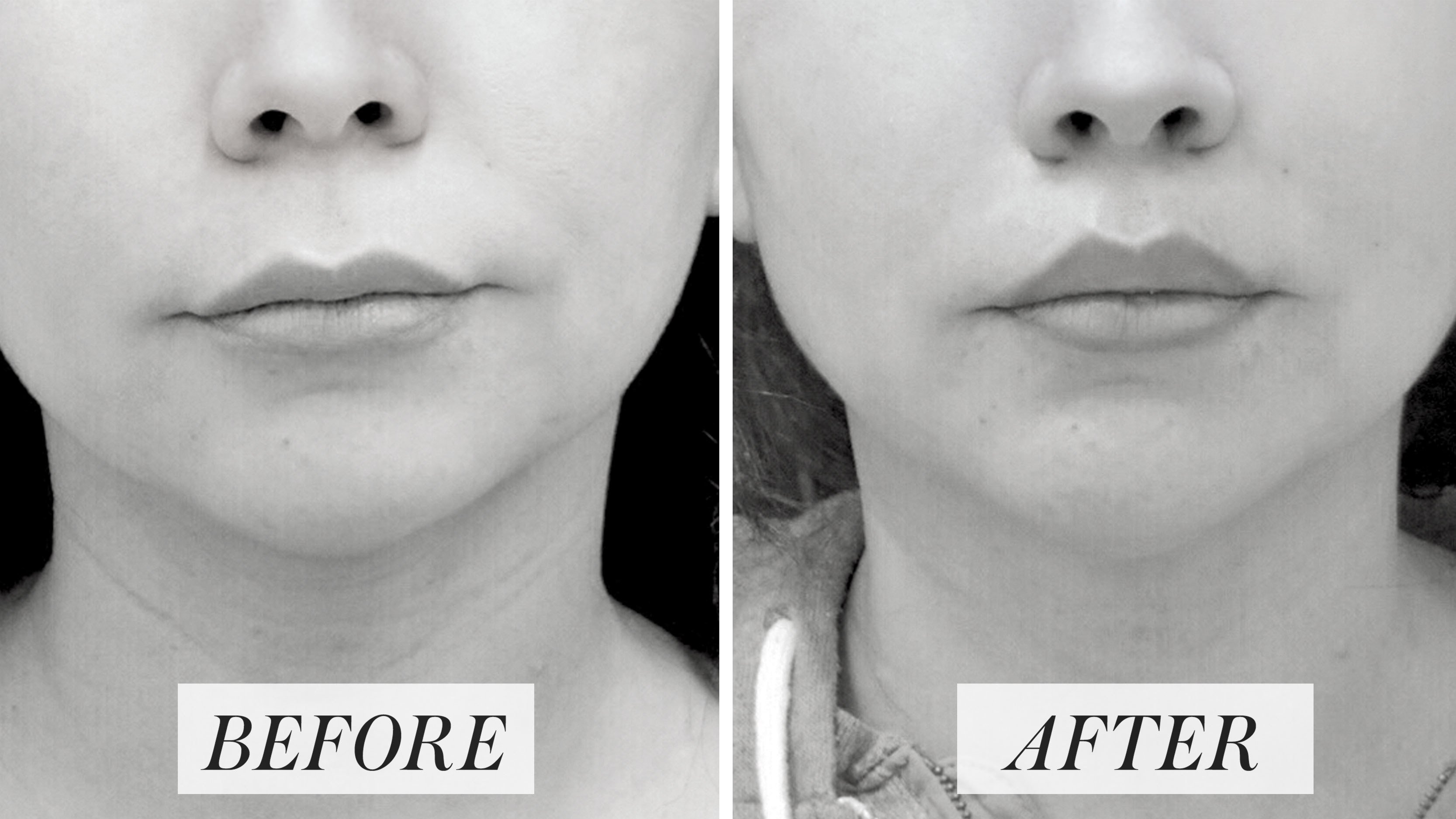 The path to enhancing your lips for more than bee-stung-second used to be found behind door number one (injections) or door number two (actually, there are also injections behind this one). But now, more folks are choosing to unlock door number three — the lip lift.

"No one knew this procedure existed two years ago, but now I have twentysomethings requesting it by name," says Dara Liotta, a facial plastic surgeon in New York City and Dubai, who performed dozens of lip lifts last year. The standard lip lift has long been done on older patients, often at the same time as a face-lift, but surgeons have modified it in recent years (more discreet scars, faster recovery) to make it an appealing stand-alone option for younger patients.

Typically done under local anesthesia in less than an hour, the operation shortens the space between the bottom of the nose and the top of the lips (aka the philtrum) by carving out a bullhorn-shaped strip of skin just below the nostrils. "The procedure raises the vermilion border [the edges of the lips], causing lips to look more enhanced, and defines the Cupid's bow, so its curves are prominent and crisp," says Jennifer L. Walden, a plastic surgeon in Austin.

And why not just get fillers? "I'm seeing a lot of patients tired of repeat injections — maybe they're bruising each time, or maybe their lips don't always turn out exactly the same — and they want something more permanent and consistent," says Michelle Henry, a New York City dermatologist and Mohs micrographic, reconstructive, and cosmetic surgeon. "The lip craze is also evolving. People are focusing on the more nuanced structure and shape of their lips, which this surgery can address elegantly, rather than just wanting to be full at all costs."

People are focusing on the more nuanced structure and shape of their lips now.

Doctors are, essentially, removing a wedge of skin when they perform a lip lift — the larger the wedge, the greater the lift — but results are still customizable. "We can manipulate the shape of the excision to make subtle changes in the Cupid's bow," like giving its peaks a more obvious boost or minimizing asymmetries, says New York City plastic surgeon David Shafer.

One could argue that worrying about your philtral length is some next-level self-scrutiny, and perhaps it is. But according to experts (and anatomy textbooks), there is an ideal measurement, should you choose to care: 11 to 13 millimeters for women and 13 to 15 for men. And even if genetics are kind enough to deal you a philtrum within this range, "the space can expand one to three millimeters each decade," says Lara Devgan, a plastic surgeon in New York City. (Blame dwindling collagen and stretching ligaments.)

Curious as to the state of your own philtrum? Open your mouth: "On someone with a proportionate philtrum, a sliver of the upper incisors can be seen when lips are gently parted and the mouth is in repose," says Devgan. "As the philtrum drops, the top teeth become hidden behind a bulky upper lip."

That bulk can cause the top lip to curl under — an issue commonly mistreated with an abundance of filler. Beverly Hills plastic surgeon Sheila Nazarian blames the flock of duck lips she's remedied on injectors "trying to roll up top lips with filler when what those patients needed was this surgery."

A lip lift will run you anywhere from $2,000 to $8,000, depending on where you live. We recommend choosing a board-certified plastic surgeon, and definitely expect downtime: "Maybe three days of a slight pulling sensation and two weeks of swelling," says Nazarian.

This new acceptance of downtime is an interesting phenomenon among millennials.

Most patients don't need prescription pain medication — just ice and Tylenol. After about one week, stitches come out, and redness can be veiled with concealer. "This new acceptance of downtime is an interesting phenomenon among millennials," says Liotta. "They want the most perfect result and realize it can't always be found in a syringe."

But keep in mind: When the tool at hand is a scalpel and not a needle, the result isn't going to wear off in a few months. If you indeed consider it perfect, that's great news. If you don't — or eventually tire of it — permanence is far less thrilling. So when in doubt, we're happy to recommend some great lip liners.

A version of this article originally appeared in the September 2018 issue of Allure. To get your copy, head to newsstands or subscribe now.