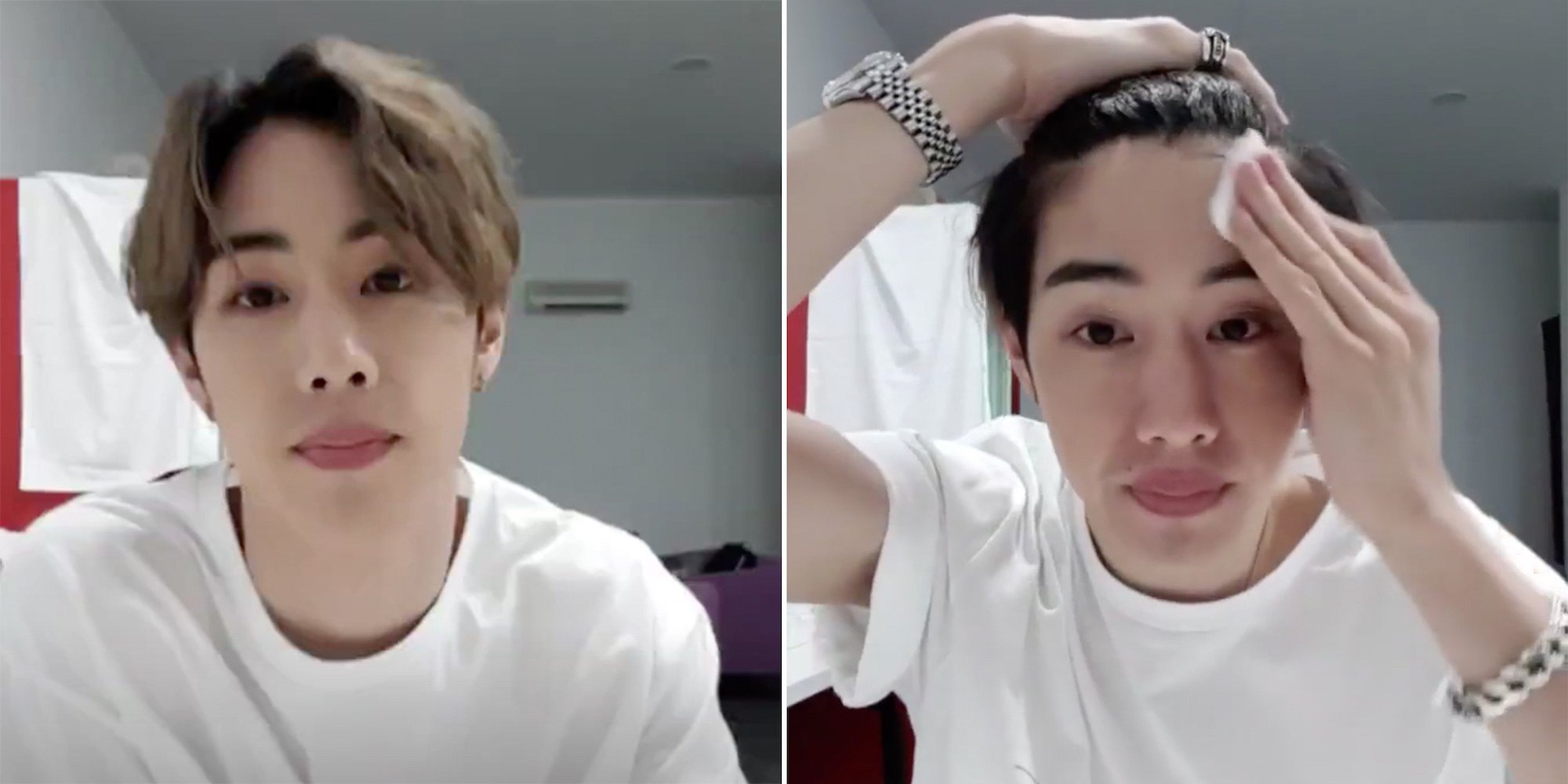 K-pop stars take removing their makeup about as serious as everything else in their busy lives. Members of boy and girl groups alike go through multi-step routines to cleanse their faces with the same precision as their choreography. Don't believe me? Just ask Chung Ha, Monsta X's I.M, or Mark of Korean pop group GOT7.

Mark recently promised fans he would remove his makeup on a V Live, which is a live-streaming app K-pop stars often use, and this weekend, he made good on his word. After a stop on the Eyes on You world tour in Singapore, the performer revealed his post-show skin-care ritual, which includes two steps. Yep, just two. As fellow GOT7 member Jackson announced in shock, Mark removed his makeup in front of "the whole world" — or at least for the about 171,000 fans who tuned in. And honestly, the process is quite satisfying to watch. More male K-pop stars should do makeup removal live streams for this reason alone.

Step one of Mark's two-part makeup removal technique focuses on his eyes. To help dissolve his smoky eye makeup, he began by pressing cotton pads soaked with makeup remover onto each eye for a couple seconds. Then, he wiped away any remnants. Because of endorsement deals, Mark didn't share the exact makeup remover he used, but Missha Green Tea Makeup Remover is always a good option.

Mark did note a couple times that he planned to follow up his makeup-removal process with a face wash as if his dermatologist was watching. "I should use a foam cleanser, too," he said, "but I'll use it when I shower."

Besides pointing out a spot on his chin, fans wrote in the comments that Mark's skin looked exactly the same as it did with foundation on. (Can't relate.) Maybe next time, he'll go through his entire skin-care routine, so we can find out more secrets to his clear complexion. I'd like to think he's waiting to drop the whole regimen for Allure, though.

You can watch the complete process in action below and catch some cameos from other members of GOT7. JB may or may not have made an appearance at one point, twirling like a ballerina and later singing Boyz II Men's "End of the Road." I swear that wasn't a Mad Libs situation. That actually happened.