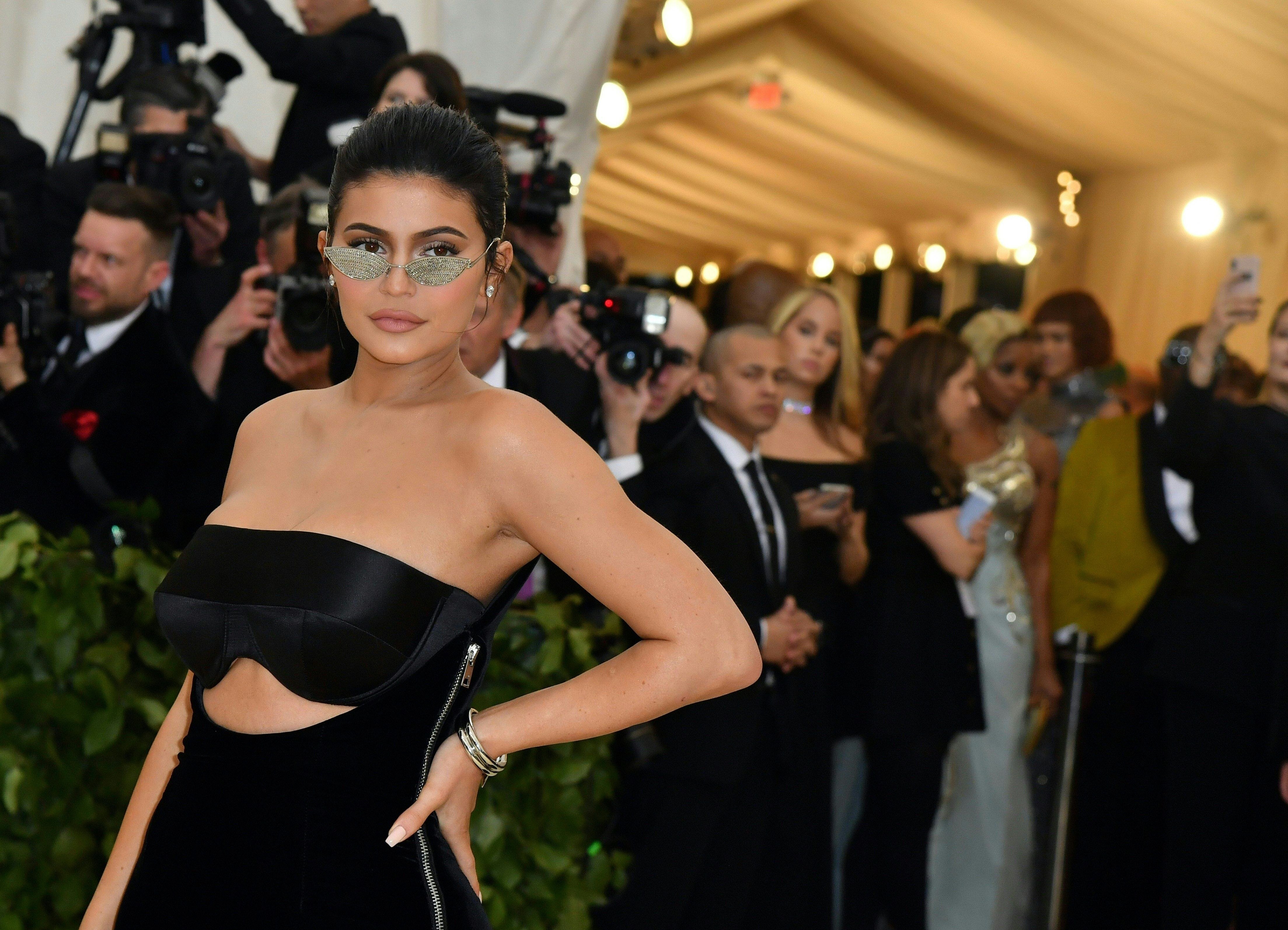 At this point, the Kardashian-Jenner women can't seem to post a photo — with or without their children — without drawing an endless stream of unwarranted criticism from [mommy-shamers]https://www.allure.com/story/kourtney-kardashian-responds-mom-shamer-bikini-photo). The latest target of this parade of trolls is Kylie Jenner, who faced judgment online after posting a series of photos and videos featuring newly Stormi Webster's pierced ears.

On Wednesday, Kylie took to Snapchat to share a sweet video of her five-month-old lying on a bed in a pink-tinted room and playing with Kylie's hair. Before Kylie leans down to give her daughter a kiss on the cheek in the clip, Stormi's tiny studs are just barely visible. Followers caught another glimpse of the baby's new bling in a photo Kylie shared later, featuring Stormi taking a nap on Kylie's chest, which the new mom captioned with a pink heart emoji.

Those who viewed Ky's Snap Story had mixed reactions to Stormi's newly pierced ears, and many logged on to Twitter to share those reactions. While some expressed disappointment and distaste in Kylie's decision to have her daughter's ears pierced, others defended the new piercings and Kylie's right to parent her child however she so chooses.

Noooo, why has Kylie Jenner had her 5 month old baby’s ears pierced?!! ???‍♀️

kylie got her babies ears pierced ?????

it makes me sad that khloe and kylie pierced their bubbas ears already:(( just let them do it when they grow up

why are ppl slating kylie jenner for having stormi's ear pierced ??? i had my ears pierced before i turned one bc when ur a baby it's less painful and the child won't remember the pain, like sis it's not that deep

@KylieJenner aw i see stormi has her ears pierced, whe did that happen?☺️?

OMG STORMI HAS HER EARS PIERCED HOW MUCH FUCKING CUTER CAN SHE GET SHES ABSOLUTELY PERFECT @KylieJenner pic.twitter.com/hyXJIuEouw

For the record, those in the latter group are correct: As long as Kylie is keeping Stormi safe, happy, and healthy, she has every right to parent her however she wants, which may or may not include piercing Stormi's ears at the age of five months. And infant piercings are, in fact, completely safe, as long as the baby wears only studs and not dangly earrings, which could get pulled or caught on clothing, according to New York City–based dermatologist Joshua Zeichner.

"In some ways, it is easier to pierce a child's ears when she is very little because she is too young to be aware of the piercing and is not likely to touch or play with the earrings," Zeichner told Teen Vogue. "If the piercing is not performed when the child is very little, then I recommend that parents wait until the child is mature enough not to play with the earrings while the pierce heals. He also recommends children wear only gold and platinum jewelry at first, since those metals are much less likely to cause infections or allergic reactions compared to costume jewelry containing nickel and other potentially harmful and allergy-inducing materials.

Additionally, infant ear piercings are a regular, widely accepted tradition in countless communities around the world. Many Latinx families, for example, have their daughters' ears pierced either immediately after birth or within a few months, in keeping with cultural tradition. And in other cultures, ear piercing carries religious significance: Hindu families in India often pierce babies' ears as part of the Karnavedha Sanskar ceremony.

Clearly, there are plenty of reasons why parents may decide to have their infants undergo the completely safe process of getting their ears pierced, and Kylie's right to do so should be respected.