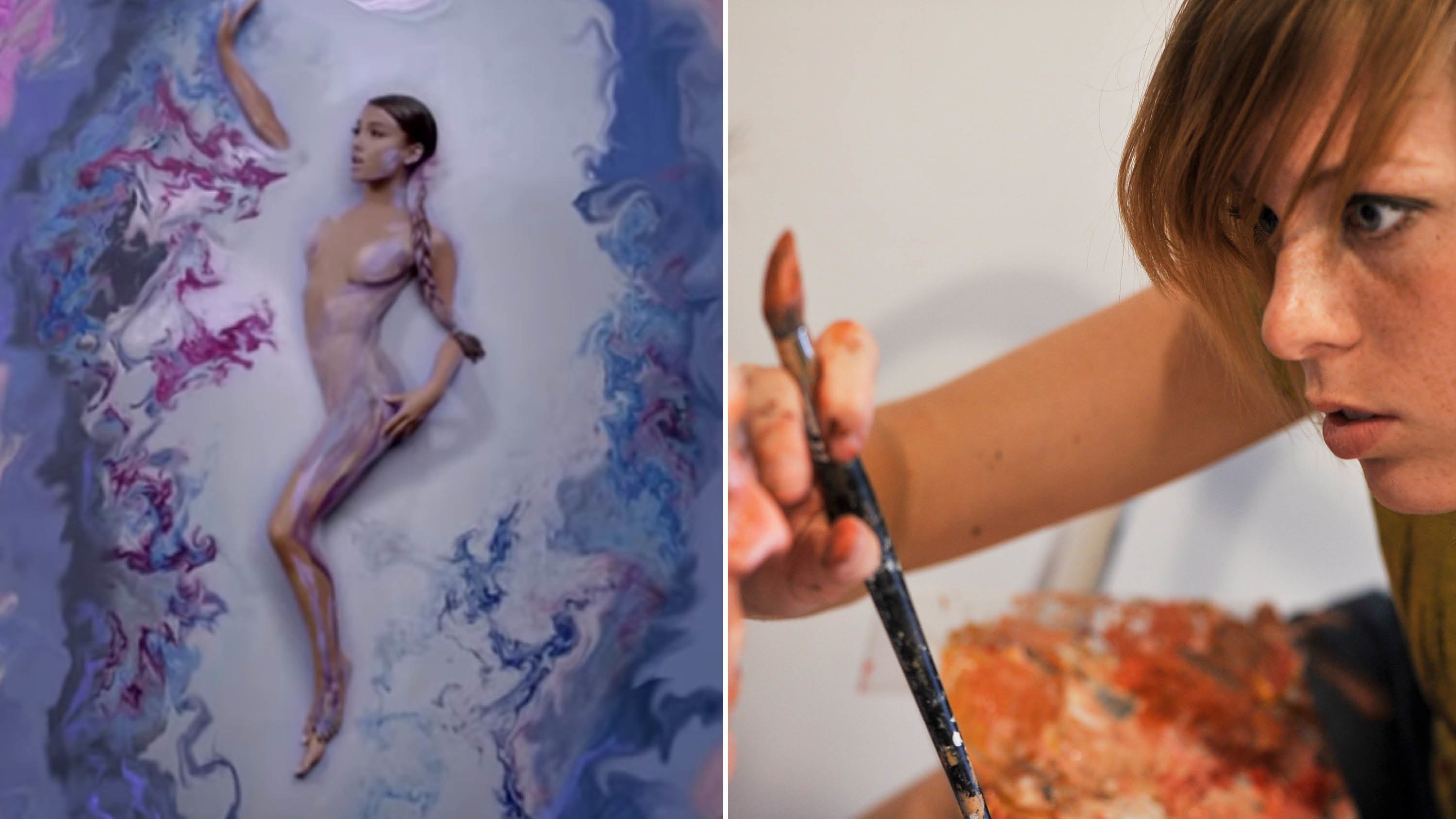 Some of the most gorgeous imagery in Ariana Grande's "God Is a Woman" video exists in scenes in which the pop star floats in a swirling pool of pink, blue, and purple paint, wearing nothing but a few strokes of those same paint colors. (The striking, empowering images have since been re-created by several makeup artists and may have inspired an upcoming Lush bath bomb).

In a new interview with BuzzFeed News, the mastermind behind those scenes, artist Alexa Meade, spoke about collaborating with Grande and explained exactly how the Georgia O'Keeffe–inspired shots came to be.

Meade said she had about two weeks to put the scenes together, including figuring out which combination of body paint and liquid background would photograph best. "There's a lot of considerations," she told BuzzFeed. "Paint is typically more dense than liquid, but it's also water-soluble, and normally dissolves and dissipates." After experimenting in multiple inflatable pools, Meade and the video team decided to fill the tub with a vegan milk alternative.

Next up, Meade had to top the milky background with paint and then paint Grande's body to match. "The song is about female empowerment, so a big inspiration was Georgia O'Keeffe. Her flowers were so suggestive, and the idea was to create Ariana in the middle of a giant Georgia O'Keeffe painting," Meade said, noting that the American painter's "Grey Lines With Black, Blue and Yellow," from 1923, was a major source of inspiration.

And though Meade had originally planned on painting Grande's entire body, as she does in most of her other works, she told BuzzFeed that the singer came up with the idea to use only a few brushstrokes. "It was an incredible stroke of genius and artistic insight, and I need to give credit to Ariana for that one," Meade said, noting that Grande (correctly) thought the paint colors would perfectly complement her olive skin tone, and that the entire painting process took only about 40 minutes. In the end, Meade was thrilled with how the project came out.

"I spent a lot of my time during the shoot ensuring that the paint in the bath looked good and she wasn't getting paint splashed on her face. I wasn't able to take a step back and see the finished product until later," Meade said. "It turned out so epically beautiful."

Related posts:
07/22/2018 Skin & Body Care Comments Off on The Body Paint in Ariana Grande's "God Is a Woman" Video Was Inspired by a Georgia O'Keeffe Painting
Diets News