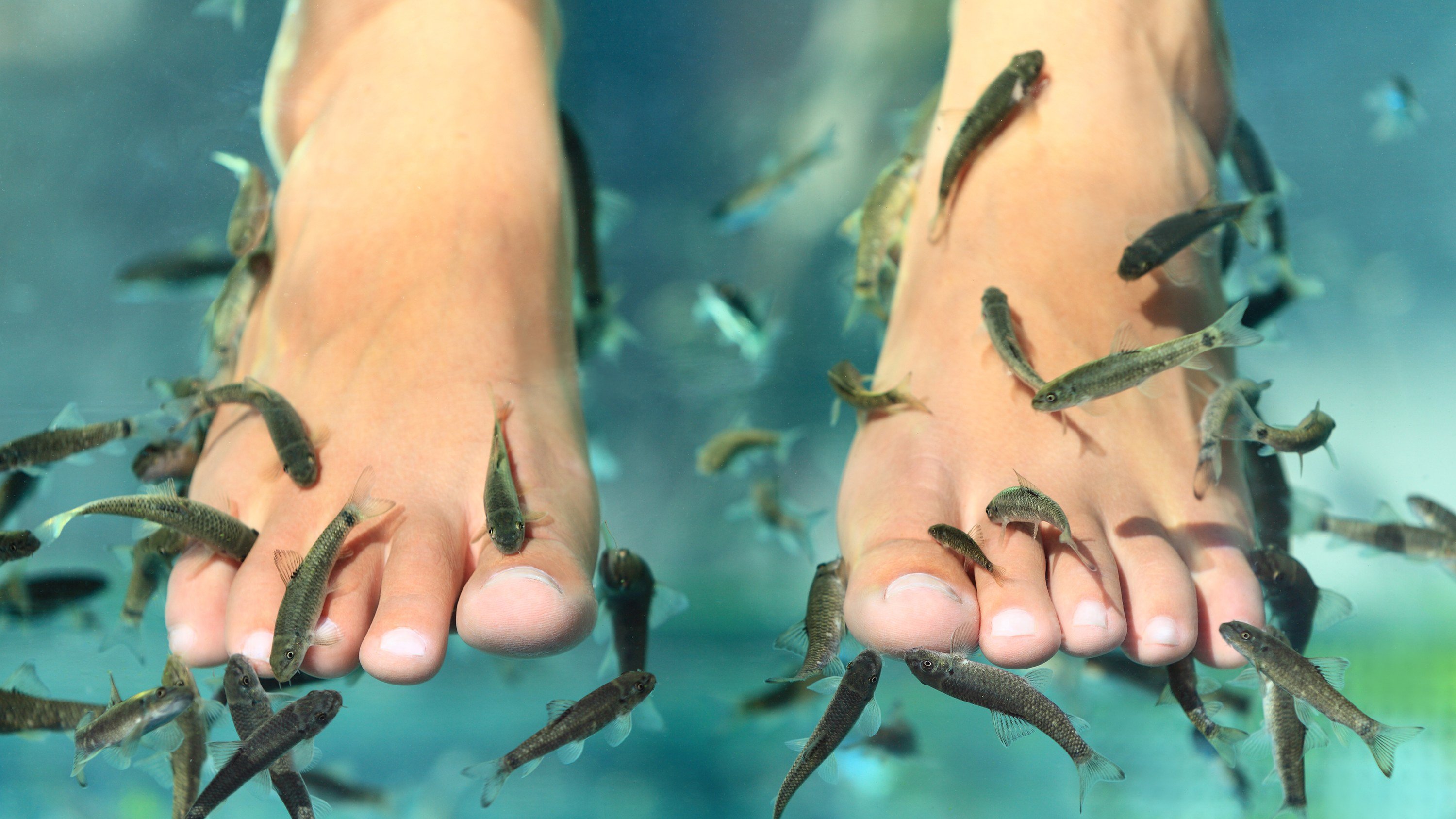 It's tempting to get so relaxed that you throw all caution to the wind while getting a pedicure, but there's nothing like a good beauty horror story to keep you on your toes when it comes to salon safety. So, consider this an important PSA: Fish pedicures can be dangerous.

In a case study published earlier this month in the journal JAMA Dermatology, doctors examine the story of a 20-year-old woman who lost all her toenails following a fish pedicure.

In case you’re not familiar with the treatment, a fish pedi involves submerging your feet in a tank filled with small fish called Garra rufa, or "doctor fish." These Mediterranean minnows typically eat plants, but in lieu of a suitable plant source, they'll nibble on human skin, chewing the callouses right off your feet. (Disgusting but effective.) Fish pedis have also been touted as a way to remove fungus and bacteria and improve circulation, though these benefits haven't been proven.

But fish pedicures can also apparently be dangerous. After six months of continuously losing her toenails, the woman in the case was diagnosed with onychomadesis, a condition that causes the nails to separate from the skin of your fingers or toes and ultimately fall off. According to the Mayo Clinic, this can happen after an injury, infection, or even as the result of using certain nail hardeners.

After ruling out all other causes, doctors linked the injured nails to the fish pedicure. Their theory is that all those tiny little bites on and around the nails caused enough trauma for them to eventually fall off. According to the author, this is the first known case of a fish pedi causing someone's toenails to fall off.

Fish pedicures may seem like an all-natural treatment, but that doesn't make them safe, as this cringe-worthy case points out. "Tubs and fish cannot be adequately sanitized between people and the same fish are typically reused," the case study's author Shari Lipner, a board-certified dermatologist in New York City, wrote. "Thus, there are concerns of transmitting infections between people undergoing these pedicures."

That's no joke. Lipner pointed out that samples taken from fish spas identified "several" bacteria that can cause diseases in humans, and two known cases of staph infections following fish pedis have also been reported. The bacteria is so concerning, these kinds of pedicures are actually banned in several states.

Moral of the story? The actual fish aren't the only fishy thing about fish pedis, so you may want to keep your toes out of the water.

Related posts:
07/07/2018 Skin & Body Care Comments Off on This Woman's Toenails Fell Off After She Got a Fish Pedicure, and I'm Not OK
Diets News