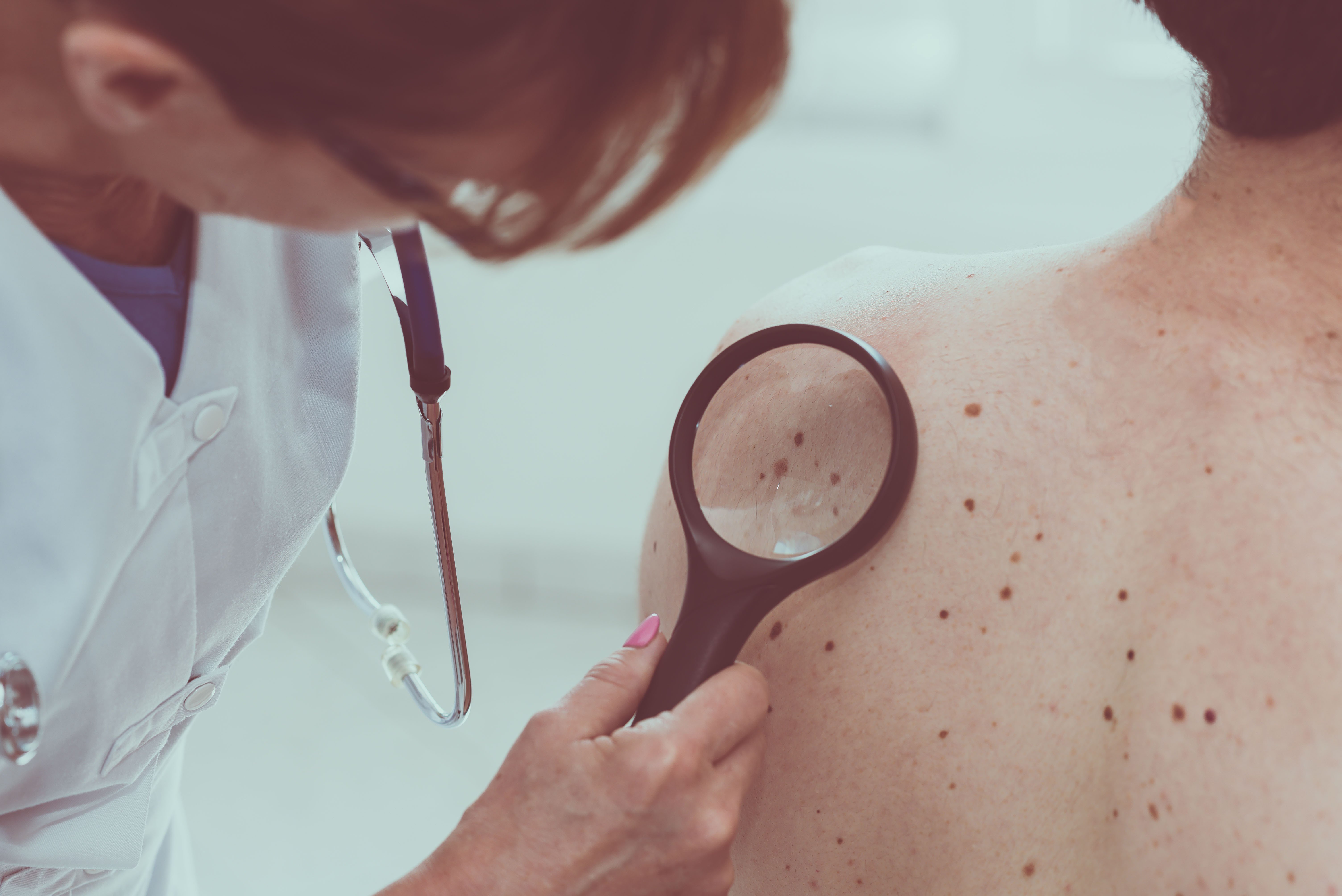 When it comes to treating melanoma — the deadliest form of skin cancer — early detection is crucial. According to a new study published this week, an experimental blood test can potentially find melanoma skin cancers long before your dermatologist can visually detect them.

Typically, melanomas are diagnosed after you or your dermatologist notices a suspicious spot during a regular skin check. When caught early, they're easily treated. "The estimated five-year survival rate for patients whose melanoma is detected early is about 99 percent in the U.S.," Marcy Street, a board-certified dermatologist in Michigan and former spokesperson for the Skin Cancer Foundation, tells Allure. (In other words, 99 percent of people survive at least five years after being diagnosed.)

But the longer a melanoma goes undiscovered, the more dangerous it becomes. "The survival rate falls to 63 percent when the disease reaches the lymph nodes and 20 percent when the disease metastasizes to distant organs," Street says. In 2018, the Skin Cancer Foundation estimates that over 91,000 cases of melanoma will be diagnosed after they’ve already become invasive, Street says.

A new experimental blood test discovered by researchers in Australia could be a total game-changer. In a study published this week in the journal *Oncotarget*, researchers used a simple blood test to screen for signs of melanoma. The blood test accurately detected the disease 81 percent of the time.

It's important to detect a melanoma early because the chance of it being fully curable is much greater.

"The test detects a particular combination of 10 autoantibodies in the blood of people with melanoma skin cancer," Pauline Zaenker, lead author on the study, tells Allure. Your body produces these antibodies at the "earliest disease stage," she explains. "For the first time, we have shown that autoantibodies are detectable in the blood of patients with melanoma tumors less than one millimeter in thickness," Zaenker says.

This kind of early detection is critical for survival rates. "It is important to detect a melanoma early because the chance of it being fully curable is much greater," Lance Brown, a board-certified dermatologist in New York City, tells Allure. "The later the stage it is caught at, the greater the risk of metastasis and the more likely that it can be potentially lethal."

The blood test could totally change the way we approach skin checks. According to the experts, it could be particularly valuable for people who have dozens of moles that can be hard to keep an eye on, Zaenker says, and for those with a family history of skin cancer.

"It could also allow non-dermatologists to screen for these cancers and then refer the patient to a dermatologist for diagnosis," Brown says. It may even be possible for this kind of test to pick up other types of skin cancer besides melanoma, though this needs to be tested in another study, Zaenker says.

The later the stage melanoma is caught at, the greater the risk of metastasis and the more likely that it can be potentially lethal.

So, why aren't we running to the dermatologist's office to get this test right now? The blood test is still in the study phase and will be in clinical trials for the next three to five years, Zaenker says. Meaning, it's not available to patients yet.

"As a standalone test, the test needs to be at least 90 percent accurate to be approved by the FDA," Zaenker says. However, the researchers hope it can be used sooner in conjunction with other methods of detecting melanoma. "Our next step is to organize a clinical trial in which we will test 1,000 blood samples from people who are suspected to have melanoma," she says.

Until early detection blood tests like this one become available to the public, it's important to up your chances of early detection the old-fashioned way. "The Skin Cancer Foundation recommends that everyone see a dermatologist annually for a professional skin exam," Street says.

If you have a family or personal history of melanoma, talk to your derm about getting more frequent checks. And don't forget self-checks. "In between appointments, it's beneficial to practice monthly head-to-toe self-exams of the skin at home, so that you can identify any new or changing lesions that might be cancerous or precancerous," Street says.