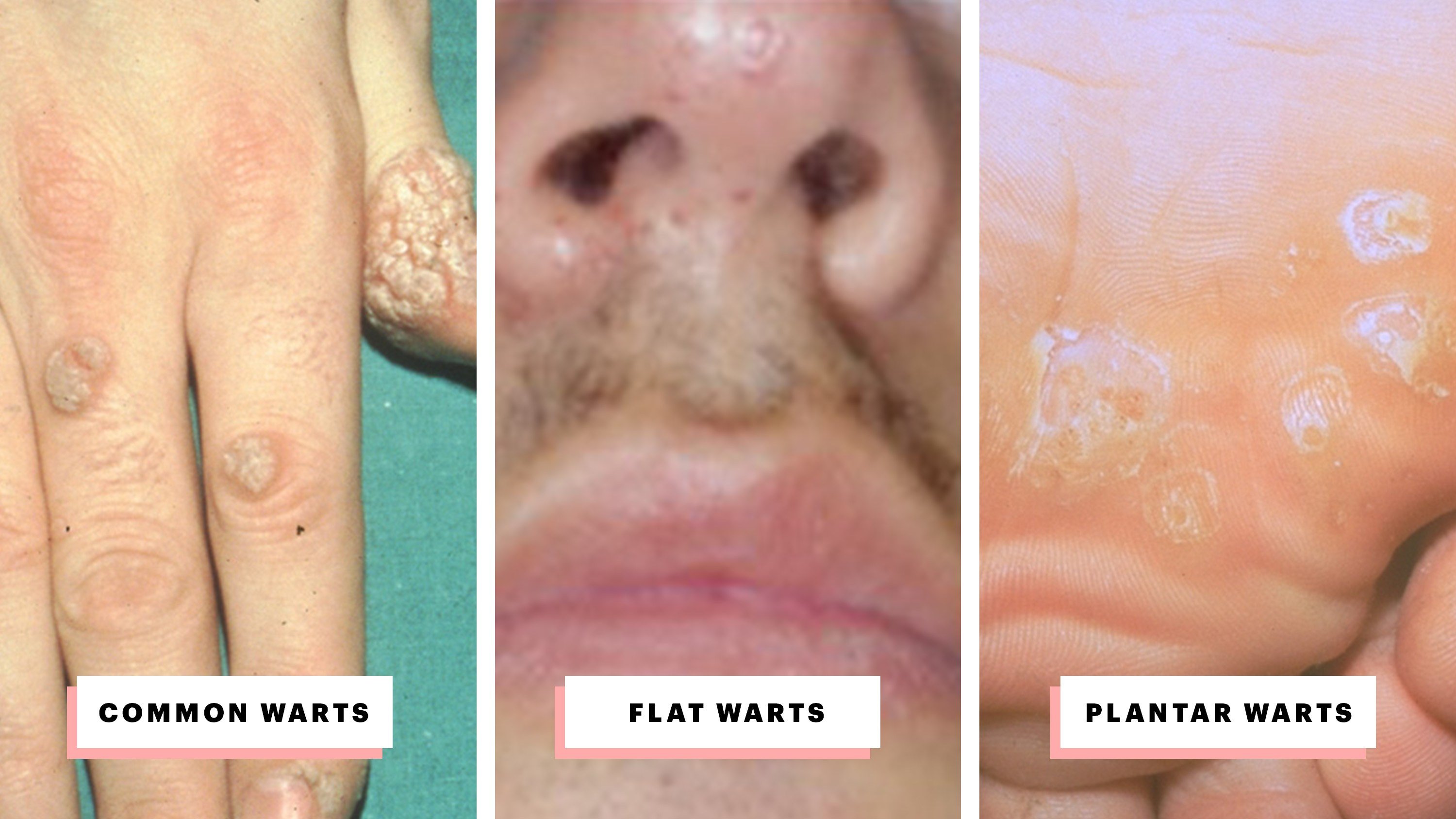 Warts — and how to treat them — often fall into the things-I-secretly-google-because-I'm-too-embarassed-to-ask-my-doctor category. But despite their (unwarranted) bad rep, warts are incredibly common.

"It would be hard to go a day without someone coming into my office to have warts treated," Robert Brodell, a board-certified dermatologist and chair of the department of dermatology at the University of Mississippi Medical Center, tells Allure.

Luckily, they're also easy to treat. We asked the experts to walk us through how warts occur and how to treat them — no matter where they pop up.

Warts are benign (aka not cancerous) growths that take root on the surface your skin, according to the American Academy of Dermatology. While there are several different types of warts, they're all caused by same virus — the human papillomavirus (HPV), which has over 150 known strains (some of which are associated with genital warts and cervical cancer.)

"It's the same virus that causes warts elsewhere on the body," Leah Millheiser, a board-certified OB/GYN in California and clinical assistant professor at Stanford Medicine, tells Allure. Think of warts like cousins — they're all related even though they represent different strains.

There are five main types of warts:

Common warts are — shocker — common, and usually found on the hands, elbows or knees, Marie Jhin, a board-certified dermatologist in California, tells Allure. "They are raised bumps, some appearing like a cauliflower," she explains.

According to the AAD, you're most likely to find common warts on your hands or around your nails, though they can easily spread if you touch your face or other areas of the body. Sometimes, common warts have little black dots that look almost like seeds, the AAD says. These are dubbed "seed warts."

These warts occur mostly on the soles of your feet (again, big shocker). "Because there is pressure on them [from walking and standing], they tend to be quite thick," Brodell explains.

The result is a wart that looks like a small callous. They tend to pop up in clusters of more than one. Due to their location, plantar warts are more common in people who do lots of barefoot activities, like certain types of dance or gymnastics, says Jhin, and are especially common in kids.

These tiny smooth, flat bumps often come in large numbers — between 20 and 100, according to the AAD. Where they pop up might seem kind of random: "They are more common on light-exposed areas of the face and back of the hands," explains Jhin.

For men they often appear in the beard area while women tend to get them on their legs — both problematic areas if you shave, since this can inadvertently create an entire trail of warts, explains Brodell, "typically in the direction you shave."

Filiform warts are among the most visually shocking. These "fast-growing warts look thread-like and spiky," explains Jhin. "Sometimes like tiny brushes." While most warts are no more than a nuisance, filiform warts can be more problematic "because they tend to grow on the face-around your mouth, eyes, and nose," Jhin says.

Of the more than 150 strains of HPV, about 40 occur below the belt, according to NYU Langone Health. Two strains in particular — number 6 and number 11 — cause about 90 percent of genital warts.

"You can find these benign warts in the vagina, the cervix, around the vulva, and in the anus," explains Millheiser. They can also appear in the mouth and throat if spread through skin-to-skin contact. Certain strains of HPV can cause cancer, which is why getting any below-the-belt bumps checked out is so important. "There are cancerous lesions that may start as a small wart and then spread," says Millheiser.

Why do I get them?

Long story, short: "We aren't sure why some people get warts and others don't," says Jhin. While it's not an exact science, are three main risk factors that likely play into your wart risk.

First, your immune system. Since warts are caused by a virus, having a compromised immune system (whether from an inherited condition, medication, or disease like cancer) can make you more susceptible. "There's no question that people who are immune-compromised will be at risk for all types of infections including warts," says Brodell. This is likely why kids tend to get warts more often than adults. "Most adults have probably already had warts and developed a specific immunity to them," Brodell explains.

Most adults have probably already had warts and developed a specific immunity to them.

Breaks in your body's natural barrier can also make you more likely to get warts. "If someone for instance has dry, cracked skin, it makes sense that it might be easier for the virus to take hold if someone is exposed," explains Brodell. For that reason, people with skin conditions like eczema might also be partially vulnerable to warts. Finally, there may also be a genetic component, Jhin adds.

But no matter how susceptible you are to warts, you can't get them without being exposed, which happens through skin-to-skin exposure. "It could be sexual exposure, shaking hands with someone with warts on their hands, even walking on the floor after someone walked by and left a little piece of the virus behind," explains Brodell. Anytime you come into direct contact with the presence of HPV anywhere on the body, it's a risk.

How do I treat them?

While there's no cure for HPV (and therefore no way to "cure" your wart), treating them is relatively simple in most cases. "For common warts on the hands and feet, the most common treatment is liquid nitrogen cryotherapy," says Brodell. "That's when a doctor sprays the liquid nitrogen on the wart, which freezes it to 192 degrees below zero — it kind of stings and burns and the top of the wart dies, tends to crust up, and finally falls off."

This is really a two-pronged approach, Brodell explains. Not only is the dermatologist attacking the wart from the outside in, the freezing is designed to cause inflammation, triggering your body to attack the wart from the inside out. Other methods your derm might use include burning warts off with an electrical current and laser therapy, which zaps the wart and surrounding cells.

You can't get warts without being exposed, which happens through skin-to-skin exposure.

Topical treatments are also useful wart wranglers. These are typically super-strength salicylic acid treatments (the same active ingredient used to fight acne), which you can get over the counter or via prescription. "These treatments take the same approach as freezing — we're both trying to kill the wart and stir up local immunity," Brodell explains.

For genital warts, it's best to see your gynecologist, who can prescribe a treatment and make sure you're taking the right steps to screen for HPV-related cancer.

Since warts are super contagious, not treating them means you could spread it to other people or other areas of your own body. "We're not done until we get every last wart," he says. "Because it can get bigger and spread."

If you have a wart that's gotten painful, is growing rapidly, bleeding, or spreading, see your doctor right away.

Related posts:
06/28/2018 Skin & Body Care Comments Off on Everything You've Ever Wanted to Know About Warts, But Were Scared to Ask
Diets News