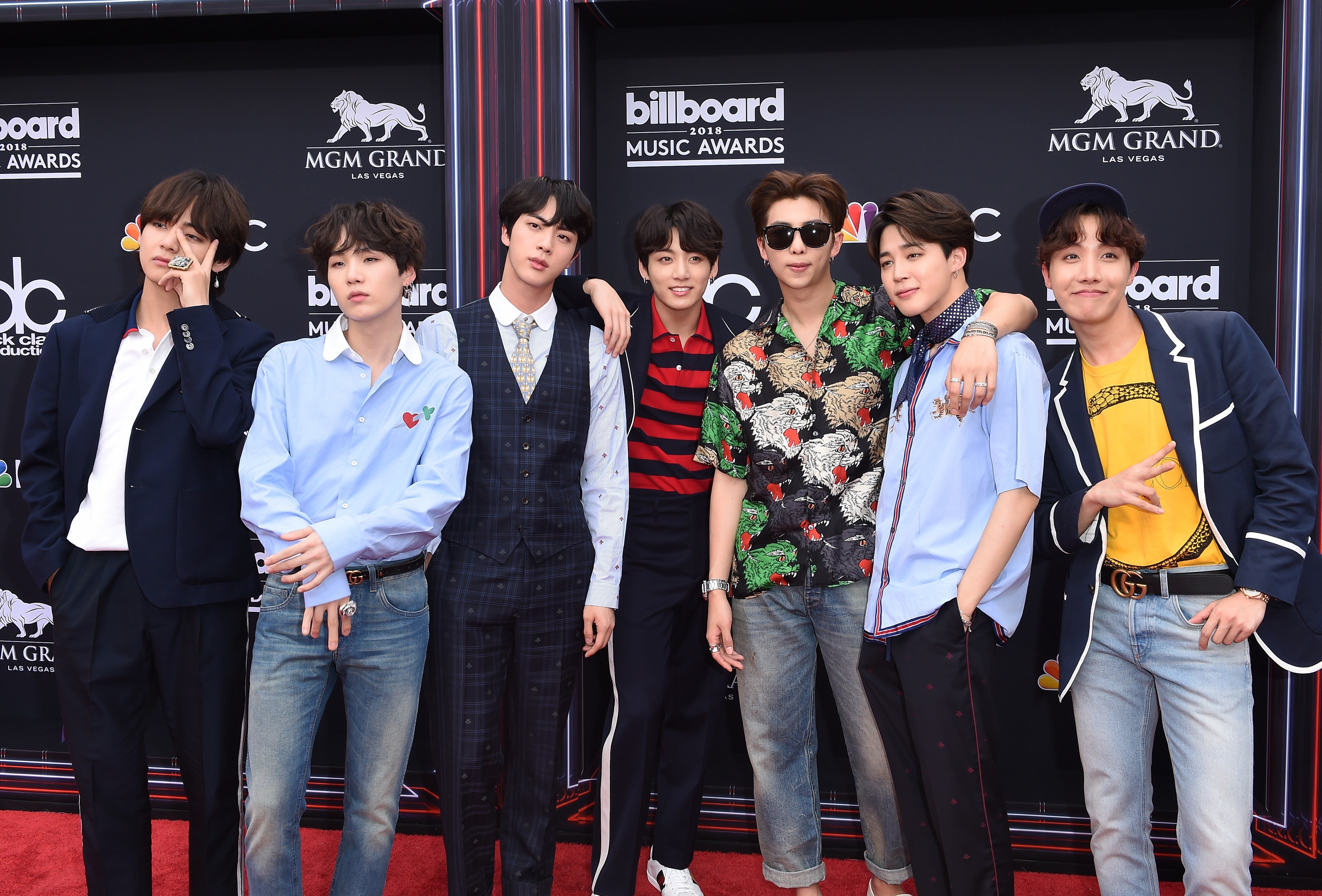 The impossible was just realized for fans of Korean pop group BTS. After years of keeping his hair dark, the youngest member, Jungkook, dyed his hair a bright shade of pinkish-red. He showed off his new look at the Lotte Family Concert, leaving ARMYs (as the group's fans are lovingly called) on Twitter absolutely stunned. I like to think of the new shade as "dragonfruit red," and I think it's about to become a new summer hair-color trend.

Vivid red hair has been popular among K-pop stars over the past two years. However, I think I speak for ARMYs across the world when I say that Jungkook is the last idol anyone would expect to color his hair such a shocking red shade. This hair-color development is just as exciting as when everyone in BTS dyed their hair black for the group's latest album, Love Yourself: Tear.

And Jungkook isn't the only member to debut a new dye job at the concert in Seoul. Jin and V went back to blonde once again. (Long live, Blonde Jin.) Jimin and RM now have variations of golden-brown hair. Suga and J-Hope, on the other hand, are sticking with black. However, many have pointed out that Suga now has an undercut.

I recently did a deep dive for Allure on how, when a K-pop star dyes their hair a new bright hue, it's a signal that the group has something major in the works. What do you think BTS is brewing? My guess: A new music video is in the works. No matter what BTS has up its sleeve, I'm looking for eventual selfies the members will post on Twitter of their new looks.

Related posts:
06/28/2018 Skin & Body Care Comments Off on The Most Unexpected Member of BTS Just Dyed His Hair Bright Red — And Fans Are Shocked
Diets News