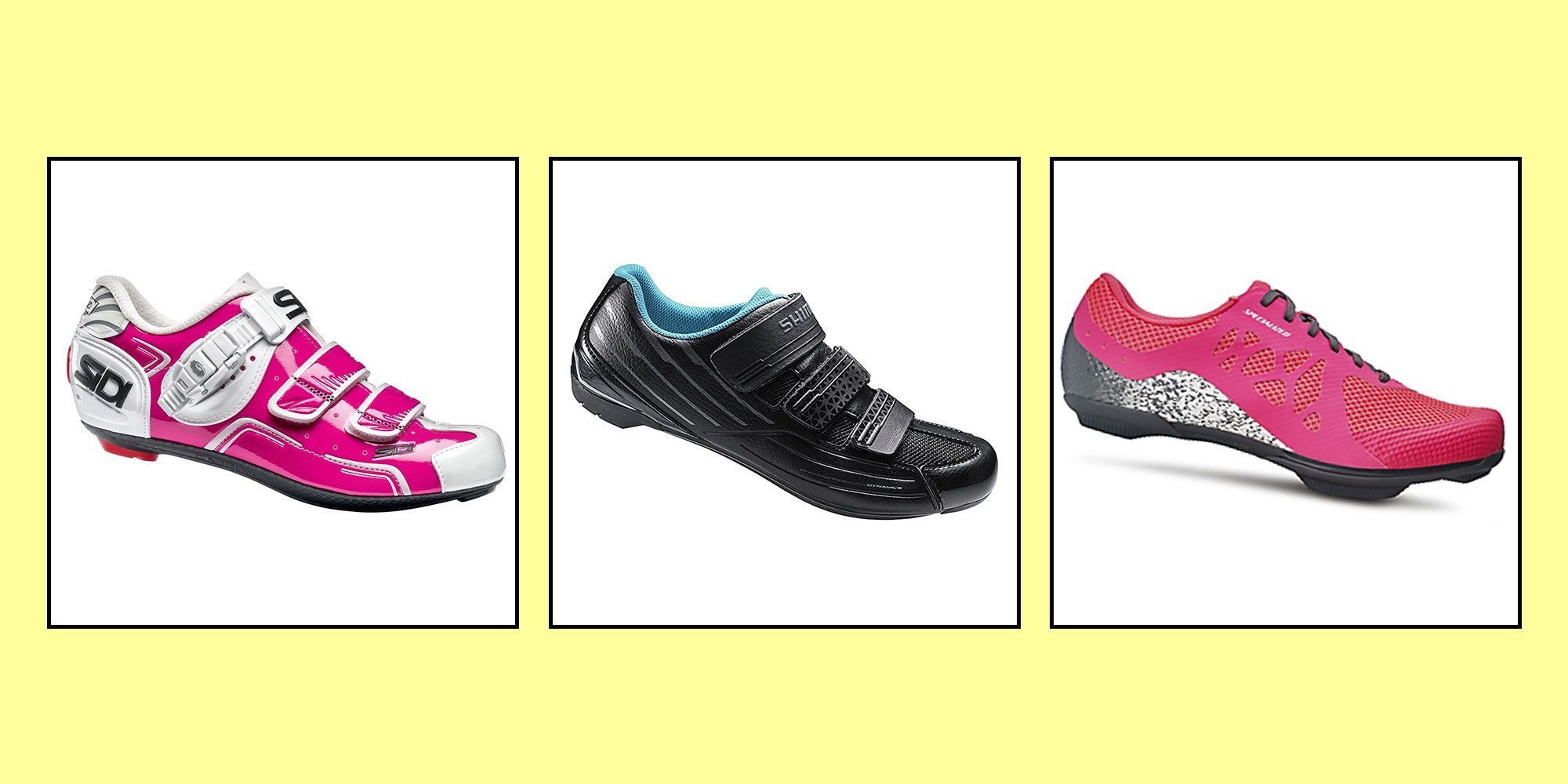 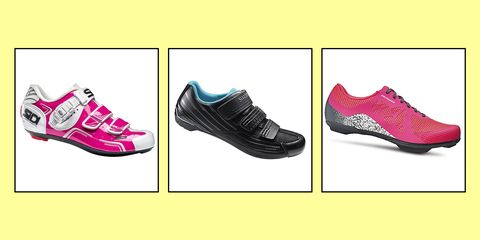 Anyone who’s ever taken an indoor cycling class knows that your shoes can make or break the workout. Sure, some bikes have cages you can slip your shoes into, but it’s clipping in (when your shoes actually attach to the bike) that gives you the security to push and pull those pedals as fast as your heart desires.

“Clipping in really affords you more stability on the bike,” says Stephen Quay, the product manager for footwear at Specialized. “And what that shoe does for you is, along with providing the proper arch and forefoot support, helps to align your knee, hip, and foot through the up and down of the pedaling motion.” Not only is that going to help you avoid injury, but it’s going to help you perform more optimally when you’re doing 100 or 120 revolutions per minute.

But do you need do own a pair of indoor cycling shoes, or is it cool just to rent them? “I don’t think there’s a right or wrong answer here,” says Holly Rilinger, a master instructor at Flywheel. “This really depends on your lifestyle.”

Can you just rent cycling shoes?

These days, most indoor cycling studios will hook you up with a pair of shoes as soon as you walk in the door. Some, like SoulCycle, will charge you a fee; others, like Flywheel, include shoes in the price of the class.

If you’re not a hardcore cycler and don’t want to invest in your own pair or shoes, renting is a solid choice. A good pair of indoor cycling shoes can cost anywhere from around $50 to $200. Plus, they take up space, says Rilinger—both in your gym bag and your closet. For commuters without a car, “toting your own pair around can be a major drawback,” she says.

Why should you buy your own?

If you’re a regular at your local spin studio, it could be worth shelling out for your own kicks. For starters, “of course it’s nice to have your own pair. No one else will be sweating in them!” says Rilinger. Yes, all studios make a point to clean shared cycling shoes post-class, but if you rent, you do run the risk of dealing with someone else’s foot stank—and that can be a serious deal-breaker for some.

And if you are paying an additional fee to rent, those $2 can add up fast when you’re visiting a studio several times a week.

Plus, your cycling shoes can have an effect on your performance. “The insides are built taller and thicker than the outside to support the foot,” explains Quay. If you’re wearing the wrong size, or shoes that have been stretched out by other users, that could mess with the alignment of your leg while cycling. “People who cycle three or four times a week really need a shoe that’s been tailored to their foot so they get the proper anatomic support,” he says.

What are the different types of cycling shoes?

There are a couple of kinds of cycling shoes, including road bike shoes, mountain bike shoes, and indoor cycling shoes. Since all of these are optimized for different biking scenarios, you want to make sure you choose a pair that works for where you’ll be cycling the majority of the time.

Road cycling and mountain biking shoes tend to be thicker and clunkier than shoes specifically designed for indoor cycling, says Quay. “Your feet also aren’t going to get as much air in the studio as you would outside, so most indoor shoes have extra ventilation around the sides and tongue,” he says. (That said, you’ll likely be fine cycling indoors in road shoes, Quay adds.)

More importantly, you want to pay attention to the types of cleats on the cycling shoes. There are two common ones: the two-hold (or SPD) system and the three-hole (Delta) system. You’ll find the SPD system in most gyms, along with the cages for people who want to ride sans cycling shoes.

But most indoor cycling studios on the coasts tend to use three-hole systems, says Quay, “which tend to be a little more stable.” Shoes with the SPD system are a little easier to walk around in, because the clips are smaller, while the Delta system may be easier to actually clip in to the pedals, because they’re larger. Either is a great option—it’s just important to find out what the studio you frequent most often uses so you can make sure you get a shoe with a cleat that matches the bikes’ pedals.

What else do I need to know before I buy?

Shopping for cycling shoes can feel overwhelming, since they serve a totally different purpose from any workout shoes you’ve worn in the past. But it’s not that hard! “Think of these shoes the same way you think about a running shoe,” says Rilinger. “Comfort is king.”

The best thing to do if you’re shopping for spin shoes is to go into a specialty store like REI to try them on in person and talk to a salesperson about any specific features you’re looking for. “There’s no better way to understand how a shoe feels than trying it on,” says Rilinger. “For example. some harder materials may rub against your ankle bone. You will only know that by trying it on.”

And when you do, “make sure your foot fits comfortably especially in the metatarsal area (the widest part of your foot),” says Rilinger. There’s less flexibility in a cycling shoe than a running shoe, so it’s not going to stretch to accommodate your foot as you break it in.” You also don’t need quite as much toe room as you do with running shoes, says Quay. “Your toes shouldn’t be making contact with the front of the shoe or uncomfortable in any way, but they may feel a little more fitted than your average sneaker.”

And don’t freak out if your heel slips a little on the back of the shoe when you try them on. “When you’re walking, you generate more heel force than when you’re pedaling,” says Quay. “So instead of walking around, just kind of roll up into the balls of your feet and barely lift your heels and put the pressure up in the ball of the foot. That can indicate how much of a heel hold the shoe has for you.”

What shoes should you try?

These three pics are a good go-tos to get you started:

Related posts:
08/16/2018 Fitness Comments Off on Is It Worth It To Buy Your Own Pair Of Spin Shoes?
Diets News