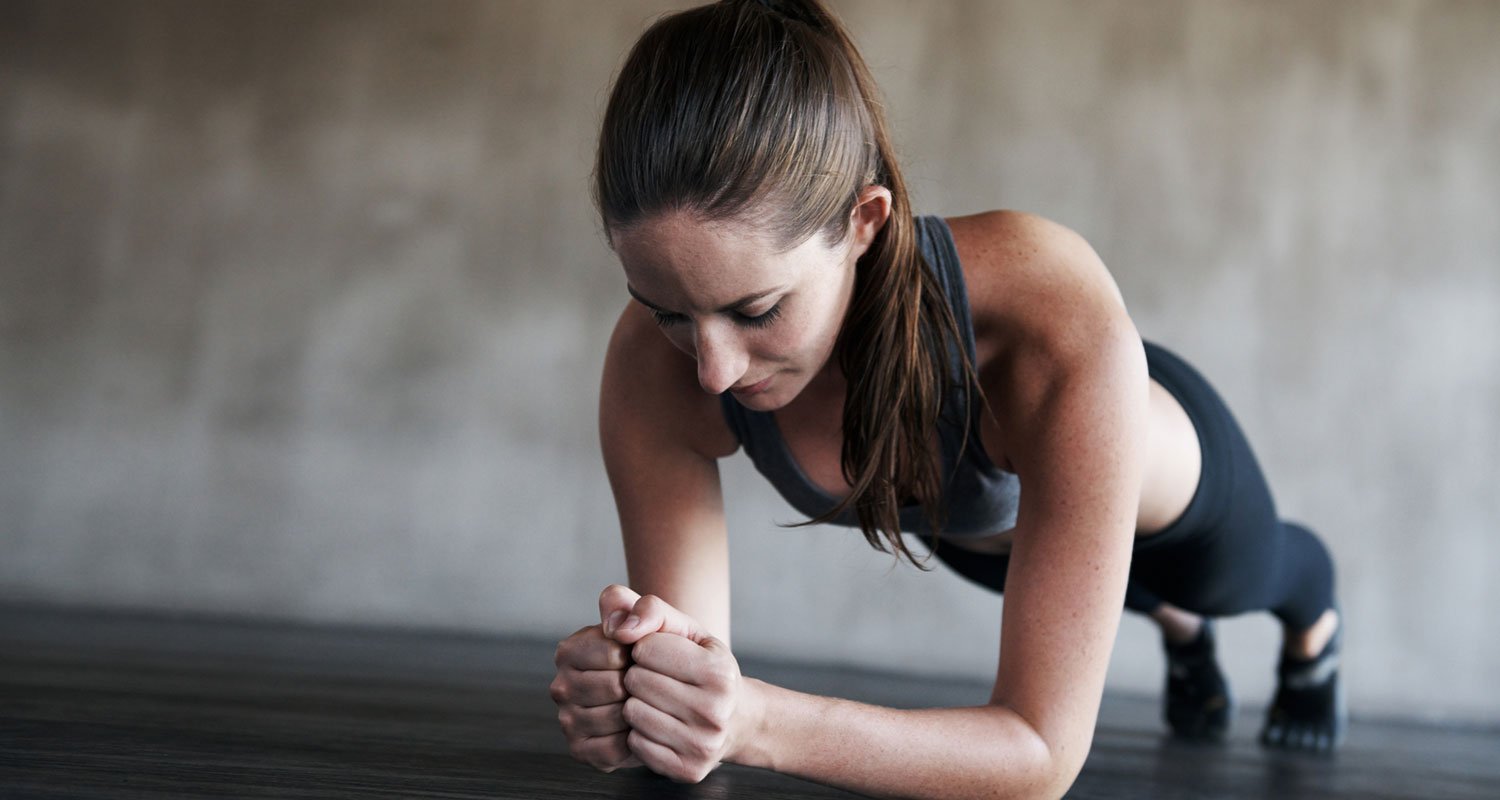 When you’re looking to give your core a little extra work at the gym (or in front of your favourite Netflix show), chances are, you’ve got a go-to repertoire of ab exercises. But while you probably think you’ve got ’em nailed after all this time, there are still some form mistakes you might be making.

It can be easy to get used to faulty patterns without realizing it, whether you’ve done an exercise twice or 200 times. And it’s not just you—in fact, some of the most popular and common core exercises around have some sneaky traps that anyone can fall into.

At best, these mistakes mean you’re not getting the most out of every rep (and if you’re setting aside time to focus on your core, you don’t want to waste it). At worst, though, doing abs exercises improperly can lead to pain or injury in other parts of your body, like your neck or lower back.

So if you ever feel like your core isn’t really working during those side planks or your back aches you after leg raises, it might be time to reevaluate your form to make sure every set is both effective and pain-free.

Here are seven common abs exercises you might be doing wrong, and how to fix them.

Done right, planks are one of the most effective abs exercises around. But the most common mistake is easy to fall into—literally. Over-arching or dropping into your back lets your core off the hook, which means you won’t see the results you’re after. Plus, it often leads to lower back pain. “It causes a lack of engagement of the abs muscles and puts strain onto the lumbar vertebrae,” explains FitFusion trainer Kenta Seki, C.P.T. It’s also easy to drop your weight into your shoulders, which creates strain.

If you can’t help but arch your back in a full plank, build up your core strength by bringing it back to basics. “Begin with a modified forearm plank by dropping to the knees and tucking the tailbone, allowing the abdominal walls to engage,” says Adriana Morrison, C.P.T., a trainer at Pura Vida Fitness & Spa in Denver, Colorado. Once you’ve got that down, you can lift up to a regular forearm plank or high plank, making sure you’re keeping your abs engaged and not dropping into your back or shoulders.

For an exercise that’s meant to target your obliques, it’s actually pretty easy to cheat them out of the work they’re supposed to be doing. “Russian twists are all about the rotation of your torso to target your internal obliques, but many people keep their torso facing forward and just move their arms side to side without rotating,” explains Seki.

“Keep your elbows straight and focus on turning your entire torso as you twist, so that your shoulders are moving and not just your arms,” says Seki. Make sure you’re leaning back at about a 45-degree angle without rounding your back to keep your abs engaged, adds Morrison.

Tucking your chin to your chest and pulling on your neck is one of the biggest (and potentially most damaging) mistakes you can make during crunches. “What this does is put unnecessary strain on the neck vertebrae while decreasing the amount of oxygen you can intake while breathing,” says Seki. Plus, it means you’re not powering the movement with your core, adds Morrison (which defeats the purpose of the exercise).

Rather than interlacing your fingers, use them to lightly support your head while keeping your elbows pointed to the sides, or try folding your arms in front of your chest. Your chin should be up and away from your chest, says Seki. If that’s easier said than done, Morrison has another solution. “[While] your fingers push pressure into the head, your head pushes equal pressure back to the fingers,” says Morrison. “The two actions cancel each other out, reducing neck strain.”

While you’re lowering your legs back to the ground during leg raises, it’s tempting to arch your lower back off the floor. “Not only does this make the exercise less effective, it can also lead to sciatic pain,” says Seki. It’s a lose-lose situation: Your abs aren’t working like they should, and it can leave your lower back unhappy, too.

When you’re doing a high side plank, it’s important to resist the urge to lean your shoulder away from your palm—this leads to shoulder strain and makes your side plank harder to hold, whether you’re staying still or doing another exercise that starts with side plank. “Your joints should be stacked one over the other to create necessary stabilization,” explains Morrison.

Start with a forearm side plank (pictured), stacking your shoulder right over your elbow, says Morrison. If that’s still too challenging, you can place your bottom knee of the ground. Hold for 30 seconds, and when you’re strong enough in the modified position, bring it back to a high side plank.

Quickly moving through bicycle crunches may seem harmless (maybe even more effective), but it’s actually harder to engage your abs properly when you’re racing to the finish line. “Speed is not always a good thing during exercise—especially when it comes to working your core,” says Seki. “Sometimes going slower with more control is actually safer and more effective.”

Slow it down. “Really focus on proper form by getting your shoulders off the floor, your opposite leg straight out, and really emphasizing the rotation of your torso,” says Seki. “You’ll get way better results and you’ll definitely feel the burn more.”

To do this challenging exercise, you place your feet on a stability ball and tuck your knees into your chest to fire up your core. But if you’re dropping your body weight into your knees while you tuck, it’s hard to keep engaging your core, explains Morrison. It’s also important to stack your shoulders over your palms on the ground. “When the shoulders slide away from the palms, it creates greater load, causing a likely faster rate of fatigue for the delts,” says Morrison.

Start by just holding a stability ball plank for 30 seconds to engage your core. When you’re ready to try the jack knife part of the movement, “remember to elevate the hips higher,” says Morrison—this will help avoid dropping the weight into your knees so your abs can power the exercise.

Related posts:
07/02/2018 Fitness Comments Off on 7 Abs Exercises You're Probably Doing Wrong – And How To Fix Them
Diets News