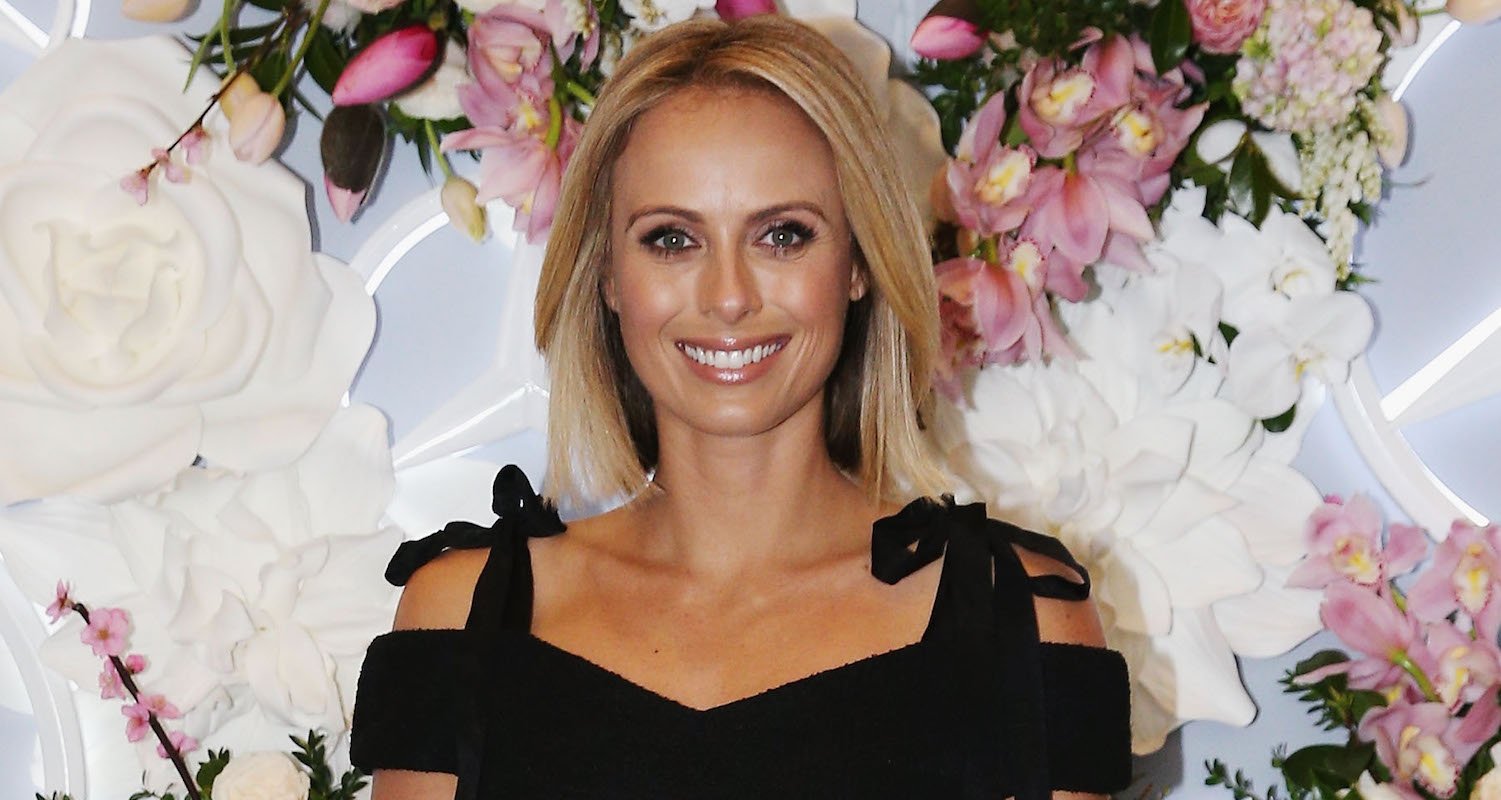 Wondering how Sylvia Jeffreys manages to look so dang flawless on sickeningly early breakfast television? Well, the 31-year-old journo recently spoke to Body and Soul about the healthy lifestyle that helps fuel her when that 3:18am alarm goes off.

Sylvia says she makes a good night’s sleep a priority and that her approach to health has become more proactive as she gets older.

She also spilled the beans on her go-to workout, which came by the way of a supermodel’s recommendation.

“For the past couple of years, my activity of choice has been barre-based fitness classes – I like how fast-paced they are, that they have yoga, pilates and dance elements, and that I’m exercising with other people and a fun trainer,” she said. “Jesinta Franklin got me into it: I thought, I’ll have what she’s having!”

If you're not matching your juice to your nails and your threads you're not doing it right… right? I'm Ron Burgundy…? Happy Monday. ? @thetodayshow #9today

“I should point out here that I’m not a good dancer, in fact I’m super uncoordinated, but it doesn’t matter. I do three or four classes a week, but I’ll also mix it up with running, spin and yoga. Pete and I do kickboxing classes together, too, which is fun as we’re both competitive!”

Barre fuses floor work, ballet exercises and yoga-inspired stretches into an interval-style training sesh. It’s grown hugely in popularity of late with plenty of celebrity devotees praising its results. And while you might be thinking plies aren’t enough to break a sweat you’d be surprised (and sore) – the intense exercises are designed to work your entire body to sculpt longer and leaner muscles.

Related posts:
06/30/2018 Fitness Comments Off on Sylvia Jeffreys Is A Huge Fan Of This Cult-Favourite Workout
Diets News