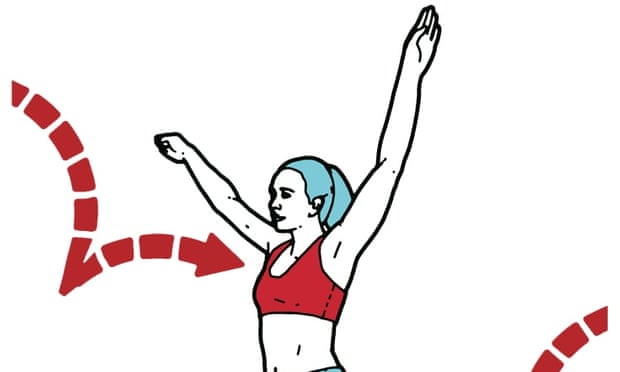 What is it? Bouncing up and down on a trampoline, like the happiest kid in the world.

How much does it cost? I went to London’s massive Oxygen Freejumping centre, which costs £12.50 an hour for free rein on its 150 trampolines, or £10 per hour for a structured trampoline lesson.

What does it promise? A better cardiovascular workout than running, increased coordination, a constantly engaged core and reduced stress levels. Plus, it’s a trampoline. Trampolines are fun.

What’s it actually like? At Oxygen, I just had a go at “freejumping” (boinging around without an instructor), which was actually a little intimidating at first. It’s likely that you’ll be surrounded by people much more competent than you, and their flips and twists will outshine your half-hearted efforts. But it’s worth persevering – after a while, I became much more enthusiastic, throwing myself against the (also trampolined) walls with abandon, until I’d completely tired myself out.

There’s also a giant airbag you can ping yourself into, which is only slightly more painful than it sounds. I’m eager to give trampolining another try now, though. If I’m going to shatter my spine doing anything, it might as well be this.

Best and worst bit If you haven’t been trampolining since you were a kid, you’ll be pleasantly surprised by how exhausted you’ll feel after just a few minutes of bouncing. Downside? Maybe it’s best not to be the only solo adult trampoliner in the entire building at the height of the school holidays, because I can assure you that you’ll end up feeling a bit creepy.

Is it worth it? Definitely.

Related posts:
09/29/2018 Fitness Comments Off on Is it worth it? Trampolining
Diets News