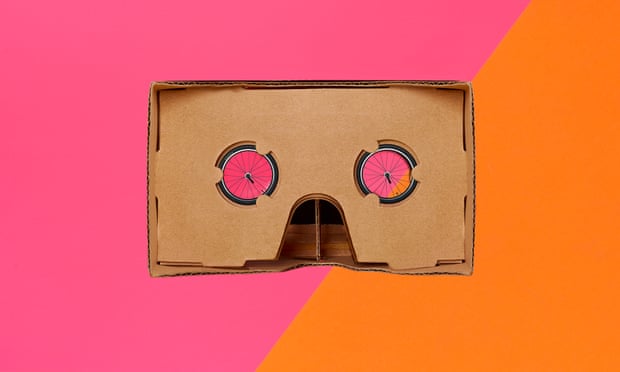 A lot of fitness trends start in a spin class. I don’t know why: maybe because, once you’re on an exercise bike, you’re committed on some elemental level and, however much change they throw at you (disco lights, nightclub soundtracks, new words) it would take a lot more to get you off that bike.

Anyway, Les Mills is a fitness-preneur running “immersive” studios in a few gym chains (I went to a David Lloyd one). I was looking for virtual reality spin, having forgotten that I have PTSD from the last time I tried spinning (it was like doing national service, with mean yelling and impossible effort to no purpose, and the minutes feeling like years).

Times have changed: the room is now pitch black, and your fellow cyclists are just shapes; confusing, but communal, like a prison cell full of rogues in Victorian times. The instructor, obviously blessed with some kind of night vision, goes from newcomer to newcomer telling us that, if we feel sick, we should just look away from the screen for a moment. I am both taken with and alienated by her can-do attitude. I prefer the heavy-machinery approach: if you feel sick, stop what you’re doing and have a lie-down.

As it starts, sharp little ceiling fairylights and a concave screen at the front spring into life. It’s basically a computer game, except with effort: you’re on a race track, and you adjust the resistance of your bike to reflect the incline you see on the screen. There are 10 different “scenes”, some of them quite bucolic (mountains and stuff) and some quite sci-fi, where spaceships cruise alongside you. This class, though, is heavily invested in Route Eight, a mountainous and dystopian future where harsh computer graphics give you the sense of cycling through a world that has ended and been recreated by someone with a GCSE in computer graphics. It started off grey and choppy; track two was more golden and disco-like; track three was multicoloured; track four was grey again; and the music was my least favourite in the fitness canon, a kind of souped-up jazz-muzak where repetitive beats are meant to drill past your pain threshold, but there’s no melody to awaken your joie de mouvement.

Anyway, these are petty cavils, since the main point is the sense of gradient: the track on the screen rakes radically upwards, you flick your gears up to the max, then you slog your way to the top of that imaginary hill. The cognitive effect is bizarre: exactly the same quest and reward sequence you’d get from reaching the top of a real hill, but without that disheartening inescapability of real life: if it gets too much, drop your gears down and it makes no difference because, after all, it’s just a screen.

Incredible, fascinating, exhilarating, exhausting exercise: the minutes go like seconds. It’s as unlike regular spin as Grand Theft Auto is unlike Scrabble.

This week I learned

Even though you feel the pain going slowly in a stiff gear, you burn more calories going super-fast in a light one.

Related posts:
09/28/2018 Fitness Comments Off on Fit in my 40s: ‘The instructor tells us that if we feel sick, we should look away from the screen’
Diets News