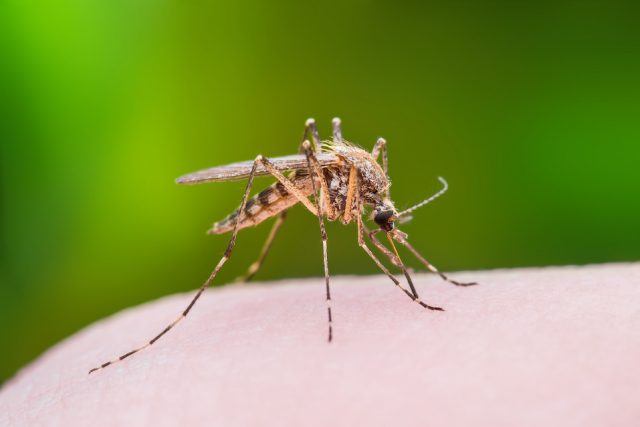 There is only one state in the entire country that hasn’t seen any West Nile Virus activity in 2018. So if you live in Arkansas, you can exit out of this article and move on with your day. But for everyone else, West Nile Virus has sprung up somewhere near you, and some states have been hit much harder than others. These seven states have more West Nile Virus than anywhere else in the nation (data as of September 2018).

Colorado has seen 47 cases of West Nile in 2018, and 23 of them have been neuroinvasive cases. When it’s a neuroinvasive case, it means the West Nile has affected the brain in some way. Some patients experience encephalitis (swelling of the brain), while others contract meningitis. Not all cases are neuroinvasive, though. In Colorado, for example, the remaining 24 cases were not. Colorado has only seen one West Nile death so far this year.

Relative to its population, California has actually seen fewer cases per 100,000 residents than Illinois or Colorado. However, there have still been 56 known West Nile infections in the state in 2018. 37 of those have been neuroinvasive. Even though the number is higher than the previous two states, California has only seen two deaths. Two deaths in 56 cases shows the disease typically does not kill.

The prevalence of West Nile in Louisiana doesn’t come as a surprise since the state offers the perfect climate for mosquitoes. Of the 64 cases, 42 have been neuroinvasive. With more cases inevitably comes more deaths — Louisiana has seen three West Nile deaths so far this year.

South Dakota may come as a bit of a surprise. But South Dakota is home to the Culex tarsalis, a type of mosquito that is more likely to become infected with the virus than other mosquitoes that reside in other states. As a result, South Dakota has seen more than 100 cases this year. However, only 25 of the 107 cases have been neuroinvasive, and despite having more than double the cases of some of the other states on this list, only two deaths have occurred.

North Dakota beats South Dakota in prevalence, but similar to its southern counterpart, it does not see as many neuroinvasive cases as other states. Of its 129 cases, only 36 have been neuroinvasive, which means most of the people infected probably don’t even show symptoms. The state has only seen one West Nile death.

Nebraska currently has the highest prevalence of West Nile compared to any other state. Nebraska has fewer than two million residents, so there are far more cases per capita than somewhere such as California. Unlike North and South Dakota, Nebraska has more cases that are neuroinvasive than not, an as a result, it has seen four West Nile deaths so far this year.

All case information courtesy of the CDC.