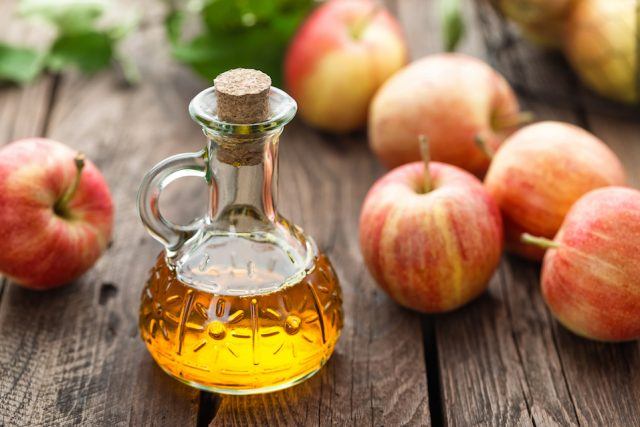 Apple cider vinegar received a lot of attention for its health benefits. From weight loss to reduced cholesterol the natural health aide wellness aficionados worship the elixir. However, many devotees don’t talk about the side effects of apple cider vinegar.

Up ahead, we dive deeper into the wellness craze and discover whether or not apple cider vinegar is dangerous for your health.

How is apple cider vinegar made?

Apple cider vinegar is a fermented beverage made from — you guessed it — apples. The two-step process looks like this: First, apples are crushed into smaller pieces and combined with yeast. Once mixed, the yeast does its part to turn the apples’ sugar into alcohol. Bacteria is then added to the concoction to ferment the vinegar and turns the alcohol into acetic acid. Albeit acidic, apple cider vinegar is considered relatively weak with its acetic acid making up only five to six percent.

Some apple cider vinegar brands use a mother to ferment — similar to kombucha — which causes the beverage to look murky. And, although there are no current studies that prove this true, many believe the health benefits of apple cider vinegar come from the mother.

One of apple cider vinegar’s most well-known benefits is its ability to reduce blood sugar levels. Often used to help combat symptoms of diabetes, the vinegar can improve insulin function in those with (or without) the disease.

Apple cider vinegar might contain bacteria, but it can also kill bacteria. In fact, you can use the elixir to disinfect fruits and veggies and treat ailments such as ear infections, lice, and nail fungus.

Apple cider vinegar can help decrease calorie intake. However, indigestion caused by the substance is common in some cases. In one study, those who consumed 25 grams or more of apple cider vinegar experienced nausea. That said, the vinegar’s taste caused the nausea, not the vinegar itself.

In addition to nausea, too much apple cider vinegar could cause low potassium levels and even bone loss. In one case, a woman consumed 8 ounces of apple cider vinegar every day for six years. As a result, she had low potassium levels and doctors diagnosed her with osteoporosis. Doctors on her case linked the symptoms to large doses of vinegar, which ultimately depleted her bones of necessary minerals.

Vinegar and other acidic beverages might also cause tooth enamel damage. Not unlike soda and juice, acetic acid in vinegar can also damage tooth enamel. In one study, vinegar with pH levels ranging from 2.7 to 3.95 resulted in a one to 20 percent mineral loss in teeth. That said, the study was conducted in a lab — not a mouth. When consumed orally, saliva can help buffer some of the acidity found in apple cider vinegar. That said, large amounts of apple cider vinegar can still pose a problem.

Related posts:
07/06/2018 Diet & Food Comments Off on Is Apple Cider Vinegar Dangerous for Your Health? – The Cheat Sheet
Diets News