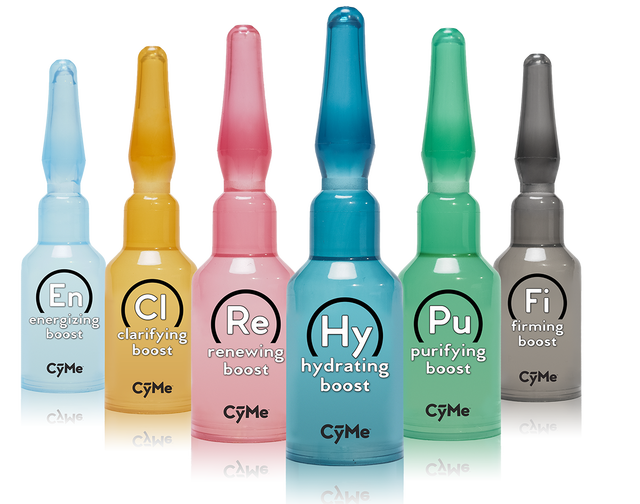 Joe Magnacca, chief executive officer of Massage Envy, is making good on his promise to expand the company beyond its namesake service. The newest wrinkle — personalized massages with skin-care benefits.Rolling out next week to Massage Envy’s 1,180 locations is CyMe Boost, a collection of six serums devised to enhance and customize the massage experience. “This is our biggest development since Massage Envy as a brand filled white space for therapeutic massage,” Magnacca said.Boost is just the latest addition to Massage Envy’s menu under the direction of retail industry veteran Magnacca, as he continues to drive growth across the franchise network. He’s confident there is fertile territory tying together full-body massage and skin care, especially since Massage Envy is a major player in both. Massage Envy has performed more than 135 million massages and facials since it was founded in 2002.“There really haven’t been any innovations on the massage side in the last 20 years,” said Magnacca. “There is a trend for skin care for the total body and we think it is going to really take off. We saw a place where we could innovate.”Digging into the numbers, Magnacca believes CyMe Boost, a $10 upcharge from a basic massage, will be added to at least 20 percent of the services performed. Pricing varies by market and is discounted for membership, but one-hour massages usually cost under $50.CyMe Boost could represent a sizable hike to Massage Envy’s estimated $1.6 billion in yearly sales. “And that’s with just one enhancement,” said Magnacca, who believes many consumers will opt for pairing multiple serums or combining them with other enhancements, like aromatherapy. With the introduction of CyMe Boost, there are more than 720 possible enhancement combinations, he said.CyMe Boost stands to benefit from the confluence of several industry trends — an increase in interest in body care (rather than just the face), the movement toward natural ingredients and the desire for customization.Putting muscle behind the launch, Massage Envy will reveal a television and digital campaign next week using a computer-generated spot. It is the first time Massage Envy will spend behind a launch, versus touting its massage services.Two years in the making, the concept for CyMe Boost came while the company was prowling for products to enhance the massage offer. Magnacca and his team discovered the base oils and creams used to create friction for massages were loaded with preservatives that many consumers eschew. “The preservatives not only irritate the consumer, but also the therapist,” he said.Out went the bad and in came more “good for you” ingredients. Borrowing a page from the food service industry, Massage Envy even made its storage system more natural with an airtight boxed system that keeps product stable for 24 months. “If you think of the way they dispense ketchup in food service, that was really our inspiration,” explained Magnacca.With a better base, the company started adding key ingredients, such as sesame oil that contains magnesium, which is beneficial to reduce inflammation. The resulting lineup includes: Energizing Boost, Renewing Boost, Purifying Boost, Clarifying Boost, Hydrating Boost and Firming Boost. In soft testing, the hydrating and firming product are off to the best start.Boost joins numerous sales-building tools Magnacca is injecting into Massage Envy. Since taking on the role in January 2016, he has directed expansion into nonsurgical procedures, such as chemical peels and microderm infusion. The retail mix was broadened beyond Murad to include PCA Skin and Envy Medical Microderm Infusion. Earlier this year, Massage Envy dipped into private label with the rollout of the CyMe nameplate. The premiere six K-beauty-inspired sheet masks were snapped up so fast, especially the biocellulose option and the oxygen bubble mask, that three lip products were quickly added.“Demand is greater than supply, we’ve doubled our projection . We’re just over $1 million in sales on those items,” said Magnacca, who is associated with helping Duane Reade make a big dent in high-margin, proprietary brands during his tenure at the chain. “We like to tie everything back to a service,” Magnacca said of the ongoing foray into take-home products. CyMe Boost will eventually be integrated into a retail offer, he confirmed. Thanks to Massage Envy’s membership format, the company gets in-depth research on customer habits that can then be used for further innovations.Private brands are a push, but Magnacca preaches the importance of balance with national names. The company is currently testing services and retail products from Jan Marini Skin Care Research and Obagi.