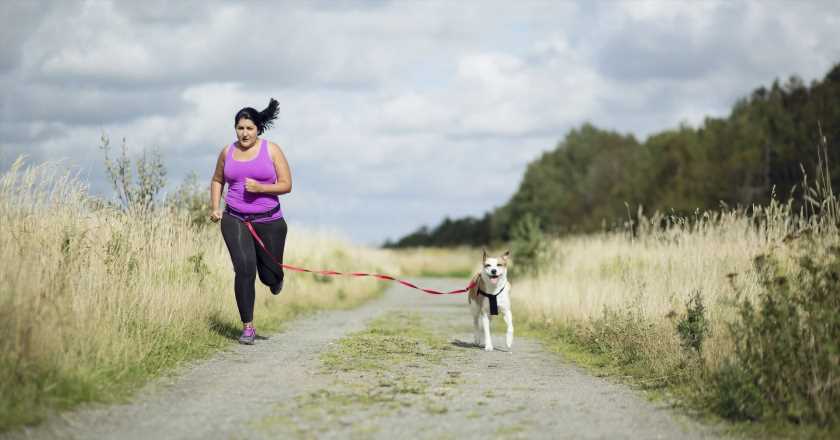 If you’ve taken a break from running, you might find that picking up where you left off feels challenging. Writer and runner Hollie Richardson argues that there’s nothing wrong with going back to basics after run hiatus and why doing so was the best thing she could have done to bullet-proof her running.

Sometimes, we need to take a break from our fitness regimes. Whether it’s because we’ve got a new job, we’ve been sick or we simply don’t feel like heading out on a run, running can fall behind on our list of priorities. But what happens if, after you’ve taken your foot off the gas, you want to get back into running?

I used to run multiple 5K and 10K races, and even a half marathon. After that half marathon, I thought I’d feel elated – amazed at my achievements – but the reverse actually happened. Crossing that finish line, I lost my running mojo and suddenly, I went from running umpteen times a week to no longer feeling able to run at all. I chucked out all my hard-earned medals that used to hang in my bedroom because they made me feel so damn guilty and lazy. But I did eventually get back into running and here’s how I did it.

Running tips: “The 5 simple strength exercises that made me a stronger runner”

I didn’t run a single step until I was 25 (cross country lessons at school don’t count because I have erased the horror of them from my mind). That first run happened after looking at my older brother and flatmate – the only “serious runners” I knew at the time – and thinking “yeah, I should probably give that a go”. So I did. I put on my gym trainers and grabbed my running armband, downloaded the Couch to 5K app, and slowly but surely got into running.

Alexandra Heminsley’s Running Like A Girl quickly became my Bible – a really relatable, inspiring and funny one. I loved how impressed my brother (the family golden boy) was with my Strava feed and it gave us something to talk about together. In fact, he’s the one who got me the running book for my birthday.

I ran at least three times a week, talked about it most days and just felt really, really good. Running cleared my head, made me feel energised and gave me a sense of control in my life. It also cleared my skin, my body was becoming strong and, yes, I admit that I enjoyed the perk of looking better than ever. I also maintain that there is nothing more genuinely feel-good than that revitalising pinch against my cheeks on a cold early morning run.

Running: how often should you run?

I was a runner: a slow but dedicated and happy runner.

Once I’d completed my Couch to 5K course, I did my first Park Run on a cold and rainy day in Edinburgh. I was overtaken by parents running with buggies, people three times my age and those who had started at the back of the pack. Sure, I felt a little prickle of embarrassment, but at least I was there doing it with them.

I went on to book and train for my first 10K, which my flatmates left their beds for on a Sunday morning to come support me with celebratory signs and cake. I joined my brother on runs when I visited home (which he of course halved his pace for) and we made the Christmas Day run a thing. I did a couple more 10Ks then decided I was ready to go for a half marathon.

Running: Hollie after running the Brighton Half Marathon.

The half marathon training was tough, but I’d just moved to London and enjoyed getting to know my new city by getting lost on long routes. When it came to the day of the race, I realised I probably hadn’t trained quite as much as I should have done, and I really struggled. I ended up walking a few parts near the end and felt like a failure.

Yes, I’d finished a half marathon and ran most of it. But I felt so crappy about not doing it to the best of my ability that I completely lost interest in running straight afterward. That was a few years ago and I just haven’t been able to get back into the swing of running ever since. I lost my running mojo.

But I think I’ve just cracked the reason why.

I felt so crappy about not doing it to the best of my ability that I completely lost interest in running straight afterward.

You see, I have ventured on sporadic runs over the last few years, desperate to find my love for running again. I even managed to do the fundraiser 5K during lockdown. But even if I do complete one “good” run, I don’t attempt another one for months afterward. Even though I feel really good after each run,  I berate myself for being “slower than ever before” or huffing and puffing in pain throughout. It brings back that feeling of failure that came after the half marathon.

But that’s the problem: I need to stop thinking I have to start where I left off. Perhaps the reason I gave up running in the first place is because I rushed to reach a goal that I probably wasn’t quite ready for. So, it’s time to accept that the best thing for me is to start from scratch again.

Running: train for a 10K in four weeks with this realistic training plan

I’ve downloaded the Couch to 5K app again, read the beginner’s guide to running a 5K and revisited some of the most inspirational chapters from Heminsley’s book. I’ve nearly finished the second week of the plan and am already feeling that buzz that I experienced all those years ago. But I’m careful to stick to taking this step by step. There is no point in rushing: we are living the lockdown pace of life after all.

Instead of berating myself for interval walking, I celebrate the fact that I’m training myself up both physically and mentally to keep doing something that I know makes me feel so good. I send puffy-faced photos to my brother each time I do it, who I  know doesn’t judge how far or fast I’m running – he’s just proud I’m out there again. I stop my mind from focusing on possible organised races after the pandemic; I just want to focus on the small steps I’m taking now.

I might not ever attempt a half marathon again, I might not even make it past a 10K. I just want to work my way back to comfortably running a 5K and taking things from there. I’ve started to get my mojo back, and I don’t need a medal to prove that.

Attention all runners, joggers and plodders: start your 14-day free trial at the Strong Women Training Club and join us for four weeks of Strength Training for Runners! Over the course of the plan, you’ll strengthen key running muscles, improve core control and work on any imbalances that may be causing injuries. It’s all bodyweight focused so don’t worry about having to buy any equipment. If you decide it’s not for you then cancel after 14 days without spending a penny. Get ready to run stronger!

Related posts:
06/11/2021 Fitness Comments Off on How to start running again after taking a break
Diets News