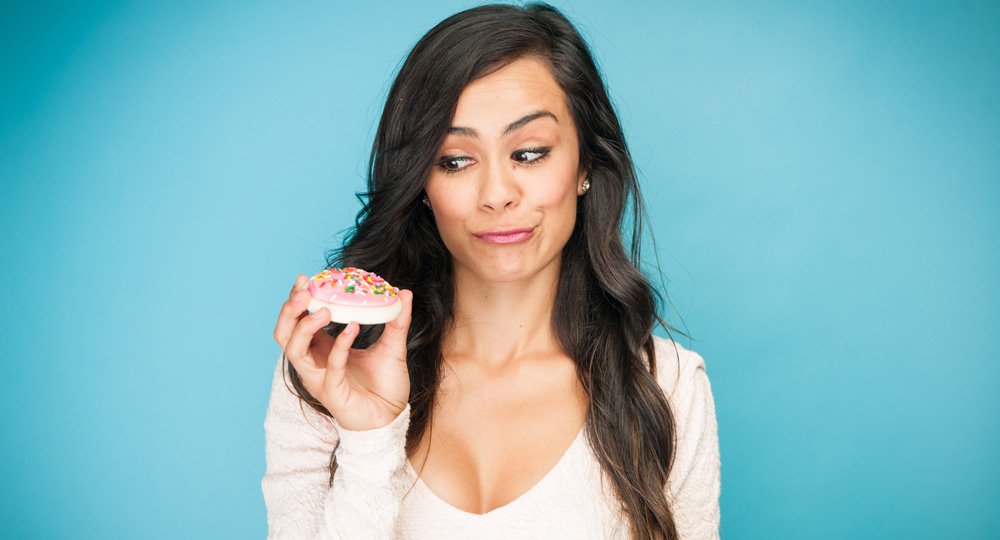 It’s not just you: The scale really does move during that time of the month. Some women can even gain up to five pounds (or more) during their period, says Dr Natasha Johnson, a gynecologist at Brigham and Women’s Hospital in Boston. Awesome.

The thing is, no one really knows what causes the symptoms of PMS, says Dr Mary Jane Minkin, clinical professor of obstetrics and gynecology at Yale Medical School. That’s because bloating and mood changes are hard for researchers to measure. “We’re relying on symptom diaries,” says Dr Lisa Dabney, an assistant professor of obstetrics, gynecology, and reproductive science at the Icahn School of Medicine at Mount Sinai.

Come on, science! However, docs do have some theories. Behold, five reasons why your period can mess with your weight.

Estrogen Effs With You

The female sex hormone estrogen peaks during the latter part of your menstrual cycle, right before your period, says Minkin. And high levels of it can indirectly lead your body to retain fluid, making you feel bloated and potentially causing you to gain a few pounds of water weight. The good news: Estrogen levels drop as you start your period, so you’ll feel some relief just in time for the cramps to kick in.

The other hormone at play here is progesterone, says Johnson. Progesterone levels spike in the second half of your cycle, leading to water retention, breast tenderness, and sometimes water weight, she says.

Some women even notice their breasts increasing a full size! (Bonus?) Progesterone causes your body to pull fluid from the blood vessels to the tissues, perhaps to get ready for a potential pregnancy, she says. If you don’t get knocked up, then progesterone levels fall, and your bod goes back to business as usual.

We’re going to take a wild guess that your period doesn’t leave you craving broccoli. It’s the salty and sweet stuff that’s on your mind. Unfortunately, those foods are exactly what you don’t need right now, says Dabney. Munching on salty chips and simple carbs, like candy or donuts, leads to fluid retention, she says.

Your period sucks a lot. And if you’re soothing yourself with Dominos and ice cream (seriously, you do you) it’s possible that an extra pound may stick around after your period peaces out. (Though, it would take a lot of pizza and ice cream to actually make you gain a pound of fat in seven days.) While we fully support satisfying your cravings, if you’re trying to lose weight make sure you’re hydrated, seek out lean protein like Greek yogurt to keep you full, and eat mindfully to keep your weight-loss goals on track.

You Skip Your Workout

You feel lazy, bloated, and tired. We hear you. Even though hitting the gym may be the last thing on your mind, working up a sweat might help keep your body (and the scale) in check, says Dabney. That’s because sweating helps you shed extra water weight. Plus, that endorphin boost can squash cramps, she says. Then again, if you’re not feeling a sweat session, there’s no shame in taking a day off.

Related posts:
07/03/2018 Diet & Food Comments Off on What to Know About Gaining Weight During Your Period
Diets News