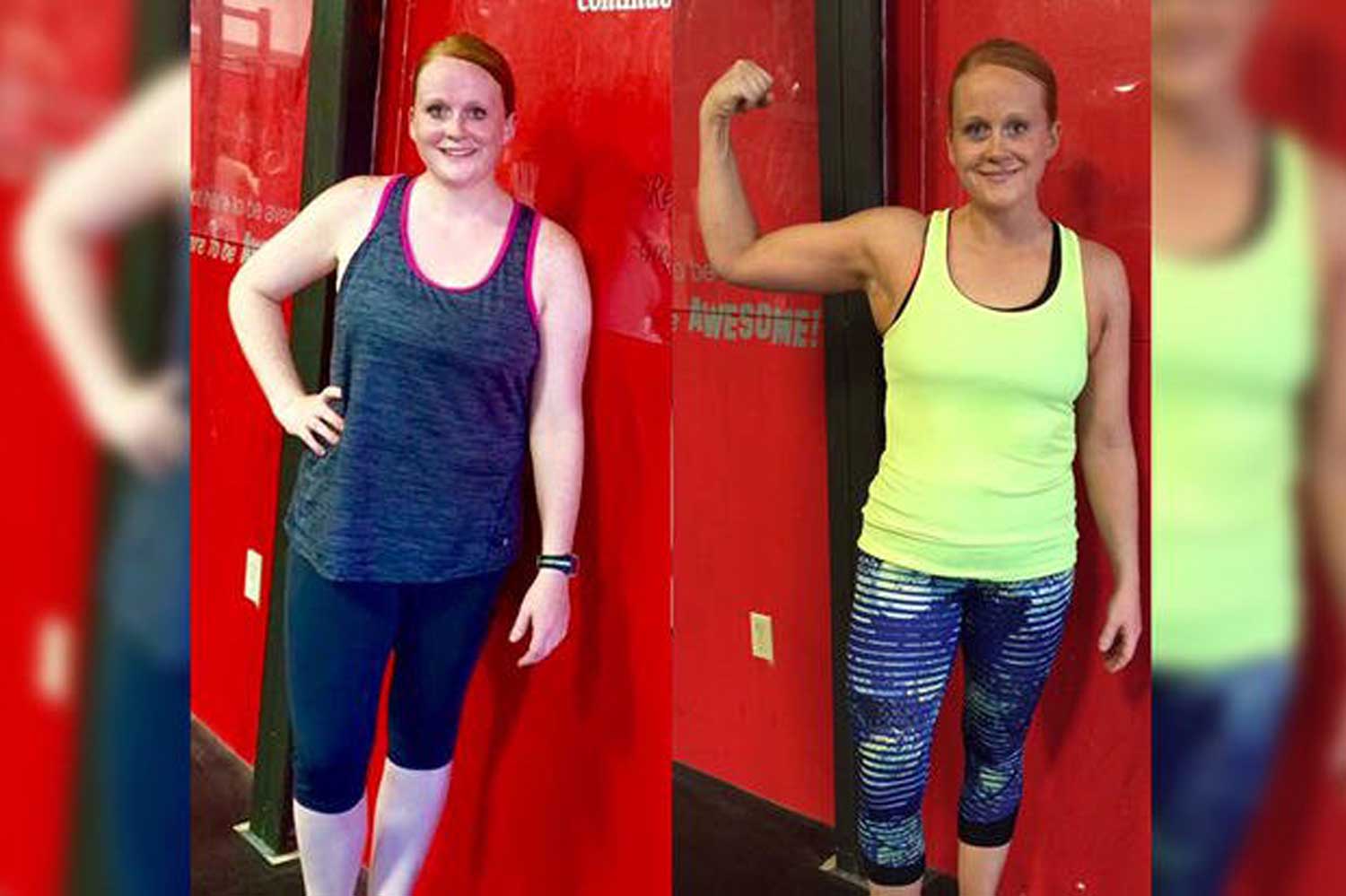 We’ve literally all been there: After shedding a bunch of pounds quickly and almost getting down to our goal weight, the number on our scale suddenly grinds to a halt. Suddenly, we can’t lose any weight, even though our weight-loss regimen hasn’t changed. Welcome to the fat-loss plateau.

What gives? Well, when we first try to lose weight, our bodies tend to respond quickly, even to small changes. But as we lose, our metabolism slows (after all, the smaller you are, the fewer calories it takes to power your body per day), making it harder and harder to ditch those final pounds, according to Mayo Clinic.

It’s frustrating, but it’s also annoyingly common. Sooner or later, experts say, nearly everyone who tries to lose weight will hit a plateau. So how do you push past it?

One big way is with a change of workout, says Nike master trainer Kirsty Godso. After all, the longer you stick with any one workout, especially without switching up factors like intensity, the more your body gets used to what you typically do. Translation: You burn fewer calories during every sweat sesh, she says. However, with the right workout, you can kick your calorie burns into high gear while building the lean metabolism-revving muscle necessary to overcome any fat-loss plateaus.

So, when these five women hit their plateaus, the pushed back—hard. Here, they share the workouts that helped them lose those last few kilos and reach their goals.

“I started out in my fitness journey mainly as a runner. In 2008 I ate terribly and did nothing for physical activity or exercise. Around that time I weighed in at about 85. So in 2008 to about 2012, I focused on running only and lost about 10 kilos, but after that I stayed steady for a bit. To lose the last few kilos, I kicked it into high gear and incorporated a significant amount of weight training and other forms of cardio, like rowing, into the mix. I also varied my running—certain days I focused on sprints and other days very easy runs.” —RaeAnne P., Grand Rapids, MI, lost 12 kilos total

“I lost 25 kilos about 10 years ago. And then, in 2015, my husband and I adopted three boys. I had less time to exercise and make healthy choices, so I wasn’t losing those last few kilos I wanted to shed. I knew something needed to change. The workout that helped me lose the last few kilos from was Core de Force. It’s a 30-day kickboxing routine with workouts anywhere from 30 to 60 minutes that you can do from home. I started getting into the habit of setting my alarm clock to get up in time to do it before leaving for work. Doing the workouts and having to stay accountable made a world of a difference and I felt like a whole new person.” —Monique S., Memphis, TN, lost 28 kilos total

TRAINING FOR A 10-MILE RACE

“I used weightlifting and yoga to take off the bulk of my post-pregnancy weight, but what really helped me lose the last 3 kilos was training for the Broad Street Run. The Broad Street Run is a 10-mile race in Philadelphia, and preparing for that run put me to my goal weight. To train, I ran one long run a week, one short run of about three to five miles, and then sometimes I would substitute the short run with an interval workout. Having a big fitness goal was exactly what I needed to push me to my goal weight.” —Rebecca K., Philadelphia, PA, lost 15 kilos total

“Cycling classes really helped me. There comes a point in your weight-loss journey where it’s completely a mental game. You’re eating well, you’re exercising, you’re doing everything right and the weight isn’t budging. That’s where spin helped me lose the last two kilos. It kept me focused but also helped me concentrate on something other than the scale. When I wasn’t seeing results on the scale, I knew if I continued to push myself in class, I would see results. And I did.” —Jessica B., Hattiesburg, MS, lost 30 kilos total

“I have done boot-camp classes, spin classes, running… nothing worked like CrossFit. Not even boot camp when I was in the Navy! With CrossFit, I lost 10 kilos and went from a size 16 to a four. After that, I did plateau for a while, so I ramped up my CrossFit workouts, focusing mainly on intensity, to lose the last few pounds. It’s not for everyone, but it’s definitely for me!” —Tamara B., Benton, AK, lost 15 kilos total