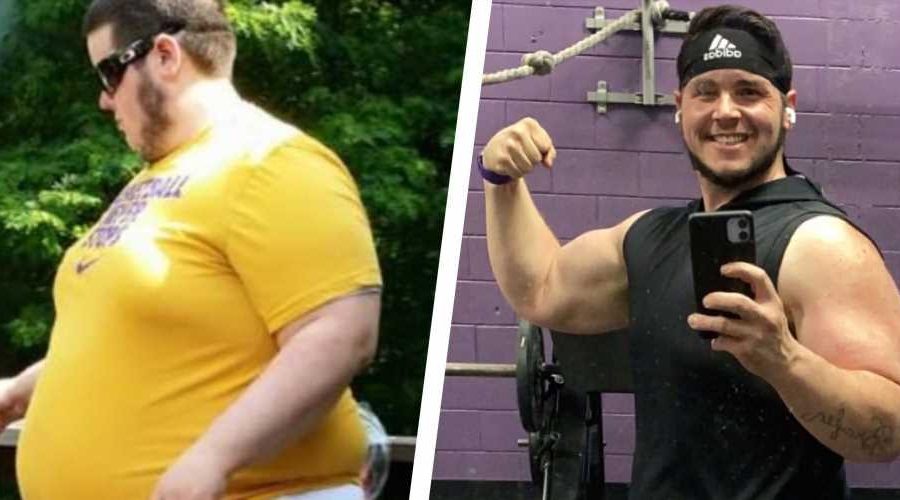 Johnny Zolton had always struggled with his weight, but things took a drastic turn when he lost his mother at the age of 15. “I quit playing all my sports in school and resorted to playing video games and eating junk food,” he says. His inactive lifestyle and unhealthy diet led to continual weight gain, and by the time Johnny was 25 years old, he weighed 445 pounds.

That day ended up being a real turning point. From then on, he began exercising daily, beginning with by focusing on cardio. He also completely changed his nutrition, eating mostly eggs, chicken, rice, and broccoli, before eventually adopting the keto diet.

“It was hard at first, understanding how many carbs were in everything, and how everything felt like it had carbs in it,” he says. “Once I got into the swing of things it’s been a lot easier and I really enjoy it… I love eggs. I eat so many and don’t feel bad at all about it. I also enjoy steak and any red meats.”

Everything Johnny did, from his workouts to going keto, was self-taught from YouTube and Reddit, without trainers or dieticians. He currently lifts weights seven days a week, and runs a couple of miles every single day. All-in-all, it was a six-year process; starting out at 445 pounds, Johnny eventually lost a total of 210 pounds, and now, at age 31, currently weighs in at 235 pounds. And he’s not finished yet.

“My end goal is just to continue to get more healthy, and eventually work myself down to 10 percent body fat or less,” he says.