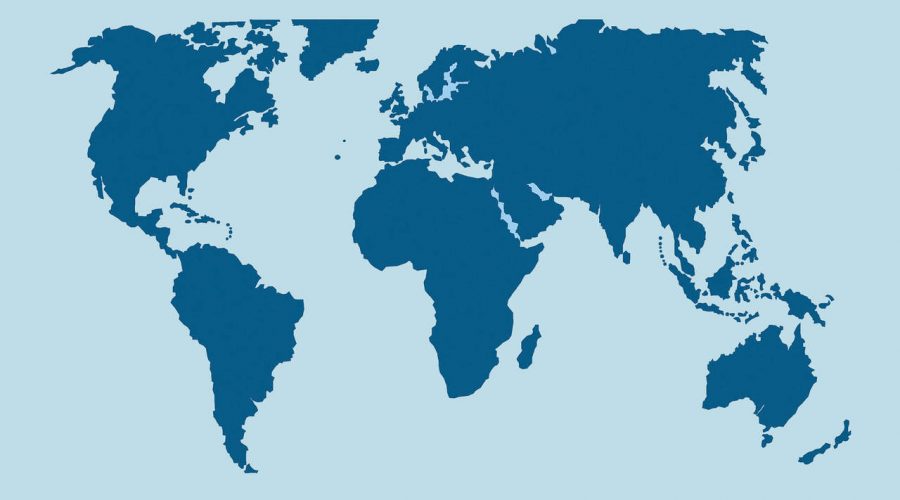 Want to live the longest, healthiest life possible? There are five areas in the world where people do just that, and a big factor they have in common is how they eat. Deemed Blue Zones by Dan Buettner, who studies these locales, the populations in these pockets of the planet have an extremely high percentage of nonagenarians and centenarians—people who live to be over 90 and 100, respectively. They also have low rates of chronic diseases, including diabetes, heart disease, cancer, and obesity.

The regions include: Okinawa, Japan; Sardinia, Italy; Nicoya, Costa Rica; Ikaria, Greece, and Loma Linda, California. While these are very different parts of the world, folks in these areas share lifestyle commonalities, one being the consumption of a similar dietary pattern.

Here’s a closer look at how Blue Zone residents eat, and takeaway tips for how to adopt their longevity habits, regardless of where you reside.

People in four of the five Blue Zones consume some meat, but they do so sparingly. Meat is eaten on average five times per month, in portions that are about two ounces or less (think half of a deck of cards). Rather than occupying the center of the plate, meat is a small side; it's thought of as a celebratory food or a way to flavor primarily plant-based dishes.

Blue Zone residents eat a wide variety of vegetables, in addition to pulses (beans, lentils, peas, chickpeas), fruit, whole grains, nuts, and seeds. At least half a cup of cooked beans and two ounces of nuts are consumed daily throughout the Blue Zones. In addition, the focus is on naturally nutrient dense whole foods, not processed products.

Takeaway tip: Make some simple swaps. Replace meat with beans in a Mexican bowl, chili, soup, or stew. Trade a processed snack for a small handful of nuts, paired with fresh fruit.

With very few exceptions, people in Blue Zones consume just four beverages: water, coffee, tea, and wine. In all five Blue Zones, tea is sipped daily, and in most, one to three small glasses of red wine are consumed per day.

Takeaway tip: Ditch regular or diet soda in favor of H2O or unsweetened tea. Upgrade from carb-heavy beer or sugary mixed drinks to antioxidant-rich red wine, enjoyed as part of a healthy meal.

In four of the five Blue Zones, cow’s milk products are not included in significant amounts. Folks in Ikaria and Sardinia consume goat and sheep milk products. And people in all of the Blue Zones eat eggs about two to four times per week, usually one at a time and incorporated into a dish, rather than as a main protein source.

Takeaway tip: Consider plant-based dairy free alternatives, like plant “milk” or "yogurt," and nut-based “cheeses.” Think of eggs as an accent to a meal, or consider omitting them.

Limit fish (if you eat it)

In most Blue Zones, people eat up to three small servings of fish each week. However, they are typically middle-of-the-food-chain species (like sardines, anchovies, and cod) that are not exposed to high levels of mercury or other harmful chemicals. Blue Zone societies also don’t overfish their waters, and they focus on food sustainability.

Takeaway tip: If you eat seafood, take advantage of a resource like the Environmental Working Group’s seafood guide. The free chart they provide rates seafood options using a green, yellow, and red system, based on mercury content and sustainability. Stick with green choices for the greatest benefits, in three ounce portions, up to three times a week.

People in Blue Zones consume about a fifth of the added sugar intake per day as North Americans do. The amounts are similar to the guidelines laid out by the American Heart Association, which caps added sugar at six daily teaspoons for women and nine for men. Blue Zone citizens also enjoy sugar intentionally as a treat. It’s not hidden in processed foods or consumed out of habit.

Okinawans follow the 80% rule, which they call hara hachi bu. This means they stop eating when they feel 80% full. Overall, Blue Zone residents don’t overeat. They also primarily eat home-cooked meals, with breakfast as the largest meal and dinner being the smallest.

Takeaway tip: Eat slower. Put your utensil down between bites, pay attention to your inner fullness meter, and stop when you feel just full enough. Also, “front load” your eating pattern by shifting the bulk of your intake to earlier in the day, when you’re more active. Opt for a larger breakfast, like a scramble made with veggies, beans, and avocado, with a side of fresh fruit, and then a lighter dinner, like a salad dressed with an extra virgin olive oil vinaigrette and cup of lentil soup.

Overall, the Blue Zones diet is very similar to other contemporary diets aimed at reducing chronic disease and improving overall health, including the Planetary Diet, and The OMD Plan, which Oprah recently featured on her SuperSoul Sunday. It’s also science-backed, and it supports healthy, sustainable weight management, in addition to optimal wellness.

If adopting the Blue Zones way of eating feels overwhelming, focus on one goal at a time, and gradually work toward the other changes. Even a few simple shifts to your usual eating routine can snowball into significant health health rewards over time.

To get more nutrition and diet tips delivered to your inbox, sign up for the Balanced Bites newsletter

Related posts:
12/13/2019 Diet & Food Comments Off on Want to Live Longer and Healthier? This Diet Might Be the Solution
Diets News