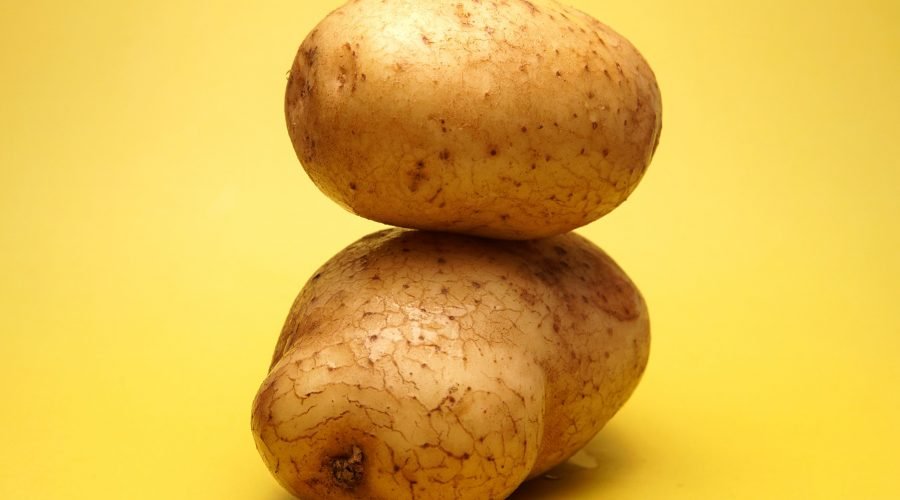 What do the following delicious foods have in common:

Yup, that’s right—they’re all made out of potatoes, the world’s best food.

Sadly, potatoes don’t have the best reputation for being that healthy (thanks, low-carb diets!)—and with all the starch involved, you might wonder how many calories are in a potato. Well, let me put your mind at ease: It’s not that bad.

One medium russet potato has about 168 calories.

A potato’s calorie count of course will depend slightly on the variety and size of your potato. A smaller medium red potato, for example, has 149 calories, according to the USDA, compared to the 168 calories in a medium russet potato.

Of course, nutrition isn’t just about calories. For the curious, here’s what you’ll get in a whole, medium russet potato:

Do potatoes deserve their bad rap?

Also: “Potatoes are one of the most affordable vegetables,” says Torey Armul, R.D., a spokesperson for the Academy of Nutrition and Dietetics. “One study found that potatoes offer more nutrients per penny than other vegetables.”

And yeah, they’re starchy and carby. But Minno says potatoes kind of got a raw deal in the whole low-carb craze.

“While they are considered a starchy vegetable, they also contain protein and fiber which can help slow down the release of glucose into the bloodstream and help avoid blood sugar spikes,” she says. The surprisingly high amount of protein in a potato (five grams!) makes it “great for those who are looking for plant-based sources of protein.”

So how can I make potatoes healthier?

Obviously, some of those potato-based foods I mentioned earlier are…not the healthiest (and add on way more calories than just the plain potato!). Vandana R. Sheth, R.D.N., a certified diabetes educator and spokesperson for the Academy of Nutrition and Dietetics, says she loves baked or oven-roasted “fries” as a way to enjoy the health benefits of potatoes “without a lot of added fat” or calories. And Minno says she personally opts for potatoes instead of toast when looking for a healthier side at a breakfast restaurant.