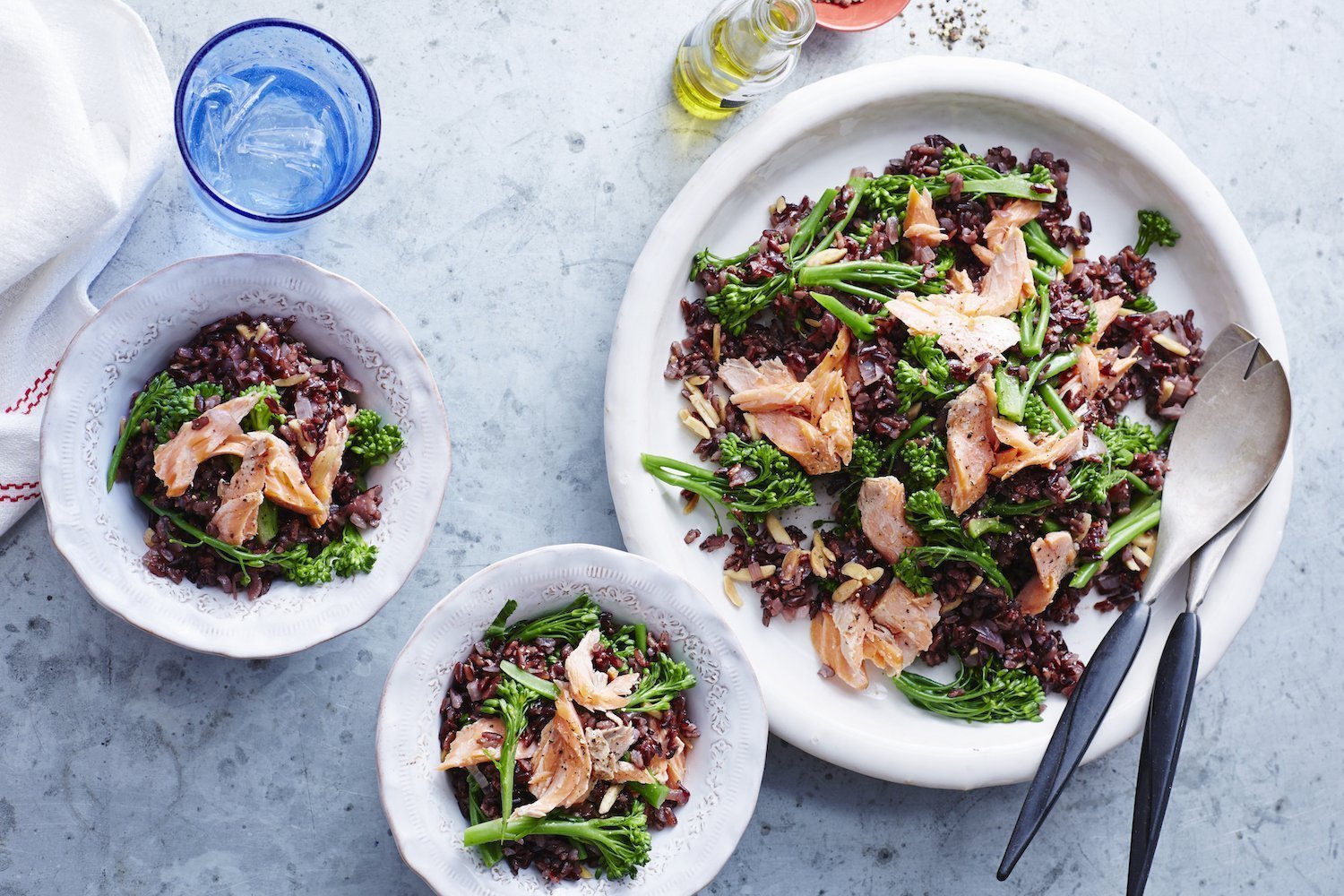 First, there was the Atkins Diet. Then, there was Paleo. Now, the keto diet is all the rage. Long story short: High-protein diets for weight loss have been trendy for years. Perhaps that’s why more than half of us are striving to add more high protein foods to our plates, according to a survey by NPD Group. We’re sprinkling protein powder into yoghurt, oatmeal, and smoothies and buying snack bars and even pasta with extra grams of the stuff.

But do we really need to be eating so much protein?

For most of us, the answer is no. David Katz, MD, director of the Yale University Prevention Research Centre, believes the protein craze is for the most part just that—another craze (albeit a long-lasting one), like low-fat in the 1980s and low-carb in the early 2000s.

Besides, we already get plenty of protein. The National Dietary Guidelines recommend getting between 10 and 35 percent of your daily calories from protein. Just 10 percent—that’s around 46 g of protein per day for women—would be enough to meet the Recommended Daily Allowance (RDA) and prevent deficiencies, and data shows that we tend to get closer to 16 percent.

And yet, a high protein diet is ideal for some.

Dr. Katz admits that certain types of people can benefit from greater protein intake. After all, we all have different bodies with individual nutritional needs, so no single protein guideline will fit all.

The best protein sources, he says, are eggs, fish, poultry, and small amounts of lean, grass-fed meats (a few 100 gram servings a week), along with plant-based proteins like beans, soy, and lentils combined with nuts and seeds or rice and grains. In other words, don’t be tempted to pile on the bacon. Although meat is certainly a high-quality protein—meaning it has the right distribution of amino acids for our body’s needs—it brings along other “passengers” that are harmful, namely saturated fat, high total fat, cholesterol, and, depending how we cook it, possibly carcinogens as well.

Here are the four types of people Dr. Katz says may benefit from higher protein intake, which means getting a bigger proportion of calories from protein—not just piling extra protein onto your regular diet.

If you’re doing a lot of resistance training or taxing endurance exercise, you’re tearing down muscle tissue that needs to be repaired and rebuilt. “Protein is a source of essential amino acids that are the building blocks of the body’s own proteins—and we can’t make them; we get them from food or we don’t get them at all,” Dr. Katz explains. “If you’re trying to build muscle cells and you don’t have those amino acids, you don’t build muscle.” He compares it to trying to build a house with enough brick but without shingles, or enough wood but too few bricks. “Construction just doesn’t happen,” he says. “And that’s clearly detrimental.”

2. People who are prone to weight gain

“There’s a reasonable amount of evidence to suggest that higher protein, depending on where the protein comes from, may help with low-calorie compliance by providing satiety,” says Tom Rifai, MD, medical director of metabolic health and weight management at the Henry Ford Health System. That’s because protein takes longer to digest, leaving us feeling fuller longer. It also stabilises blood sugar, which has been shown to lower our desire to eat—helpful when trying to shed kilos. “During weight loss, you want more protein—to prevent hunger, enhance satiety, and minimise muscle loss, as long as there’s some degree of physical activity.” Legumes are a particularly great source of protein, as a 2014 study in the journal Obesity found that eating a daily serving of beans, chickpeas, lentils, or peas increases fullness, potentially improving weight management and weight loss.

Anyone eating a typical ‘unhealthy’ diet (think: donuts, pasta, and snack packs) can benefit from shifting toward more high-quality protein, like egg whites, fish, and lean meat. “If you’re getting a higher percentage of calories from protein, you’re getting less of the other stuff, like added sugar and carbohydrates,” Dr. Katz says. In other words: “More tuna, fewer doughnuts.” In a randomised trial known as the Optimal Macronutrient Intake Trial to Prevent Heart Disease (OmniHeart), people who replaced some carbohydrate with healthy protein (or healthy fat) saw lower blood pressure and lower levels of harmful LDL cholesterol than people on a higher-carbohydrate diet that was otherwise healthy.

Getting a little extra protein may be helpful after age 50 to counteract the inevitable muscle loss that comes with aging. “Older adults at risk of sarcopenia, the gradual loss of lean muscle mass, would benefit from more high-quality protein in their diet,” Dr. Katz says. In a 2015 study from the University of Arkansas for Medical Sciences, adults ages 52 to 75 who doubled the Recommended Daily Allowance were better at building muscle—and keeping muscle—after just 4 days. For people in this age group, who may already have high cholesterol or other cardiovascular risk factors, it’s a good idea to grab extra protein not from animal sources such as red meat, dairy products, and eggs, which are high in saturated fats, but from beans, seeds, whole grains, nuts, and fish, which have other beneficial nutrients on top of protein.

This article originally appeared in Prevention.

Related posts:
07/04/2018 Diet & Food Comments Off on A High-Protein Diet Is Best For These 4 Types Of People
Diets News