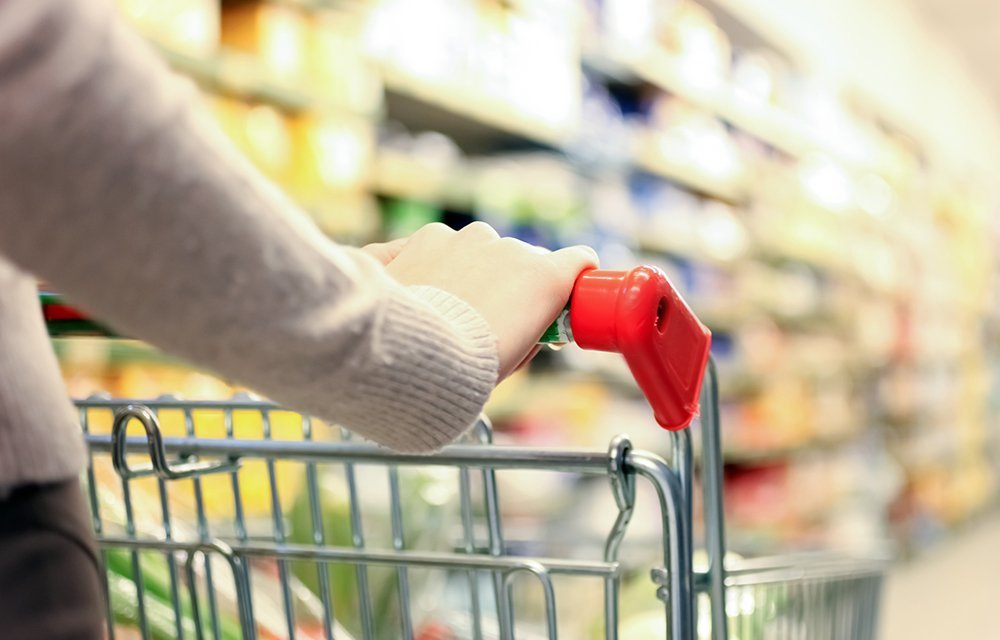 Healthy eating starts at the supermarket. After all, it’s much easier to stick to a diet when your kitchen is stocked with good-for-you grub. But it can be hard to resist filling your cart with cookies, chips, and candy, especially when grocery stores are designed to make you buy (and eat!) more. So how can you stay on track? You probably already know to avoid the supermarket when you’re hungry, but here are a few more tried-and-true grocery-shopping strategies from women who’ve lost 23 kilograms or more.

RELATED: 5 Things You Should Do In The Afternoon If You Want To Lose Weight

Map out how you’ll tackle your trip to avoid temptation. “Most stores are oriented for the consumer to turn immediately to the right, so observe what food displays are in the front right of the store,” says Christine Leahy, who lost 27 kilograms last year. “The sights and smells of the bakery department can derail your diet, so find a store that puts produce towards the front. Plan your shopping route, and stick to it.”

Ignore the dubious claims on the front of the box—words like “low-fat” and “natural” can be pretty misleading—and focus on reading nutrition labels instead. “Look at ingredients, total carbs, and serving size,” says Laura Childs, who lost 32 kilograms along with her daughter, who lost 25. “We steer clear of added sweeteners and high carbohydrate levels.” They also keep an eye out for shady serving sizes—does anyone really eat just 10 chips in a sitting?

RELATED: Lena Dunham Suggests Ironic ‘Slimdown’ Tips After She Was Congratulated For Her Weight Loss

Stephanie Dodier, who lost 45 kilograms by changing her eating habits, takes the guesswork out of grocery shopping by using a master list of healthy ingredients—and sticking to it every shopping trip. “I replenish as needed based on the recipes I have planned for the week,” she says.

4. STOCK UP ON HEALTHY SNACKS.

That way you won’t have to worry about accidentally demolishing a bag of Doritos when a snack attack strikes. “My strategy for shopping at the grocery store is simple: Stick to healthy options,” says Mo Minard, who lost 42 kilograms after doing a weight-loss challenge at Detroit Medical Centre, where she works as a nurse manager. “You’d be surprised how delicious fresh fruits, vegetables, and lean proteins can taste!” A few of her favourite snacks include cucumbers (to satisfy cravings for something crunchy), fresh fruit with a dollop of yogurt, tea with a squeeze of fresh orange, and smoothies loaded with fruits and veggies.

5. MAX OUT YOUR BUDGET ON PRODUCE.

Think of fresh produce as something you treat yourself to, not something you have to buy. Sara Borgstede, who’s lost 55 kilograms, sets a strict family budget for groceries but lets herself splurge on produce, so by the time she hits the junk food aisle, she can’t give in to temptation. “For example, I might splurge on raspberries or asparagus that are $4.99—and since I’ve already spent that money in produce, I’m less likely to spend it on chips or soda at the end of my shopping trip.”

The easiest way to resist the temptation of discounts, displays, tasty bakery smells, and free samples? Just skip the store altogether. Many stores offer the option to order online and pick up in-store or have your items delivered. And Tina Marcus, who’s lost 54 kilograms in the past year, swears by a menu delivery service (she uses Diet-to-Go) to simplify most of her meal planning. “It’s healthy, portion-controlled food that I don’t have to cook,” she says. (Changing your eating habits isn’t the only step on your weight-loss journey.

7. STICK TO THE PERIMETER.

Most grocery stores have a standard layout—produce, meat, and refrigerated foods along the outside walls, and packaged goods in the centre aisles. “I spend the most time in the coffee and frozen veggie aisles,” says Liz Hronek, who’s lost over 68 kilograms. “Stay on the perimeter of the building—you get your fresh fruits and veggies, your cashew and almond milk, and all the protein your heart desires.”