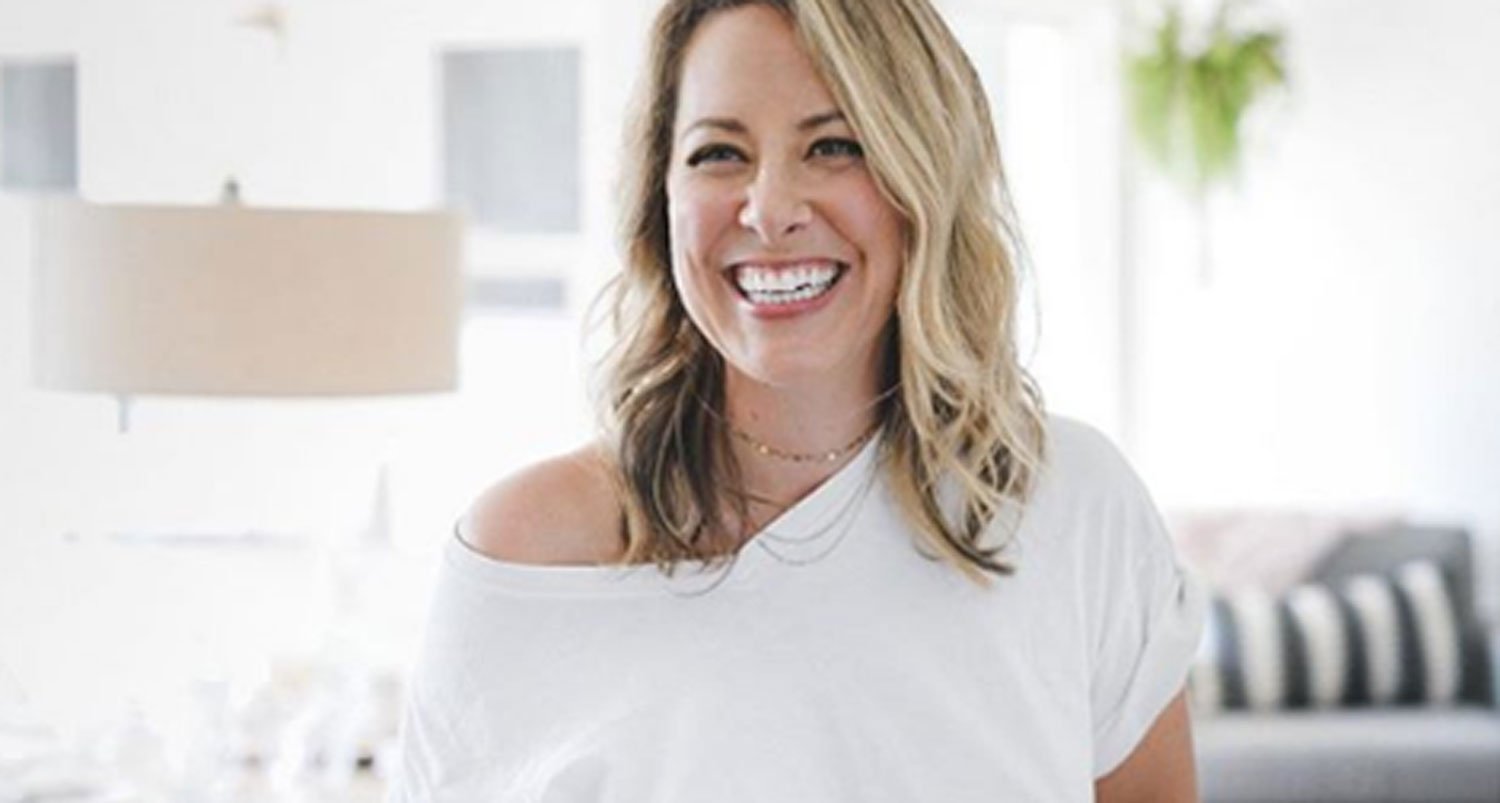 After years of getting conflicting advice about what should and shouldn’t be going in my body, and trying to keep up with all the latest healthy food trends, I was exhausted.

I was also dealing with severe gastrointestinal issues and constipation that would last up to two weeks, and hadn’t found any relief. I decided to tune out the voices telling me what was right and wrong, and instead find what worked for me.

In 2014, I started the paleo diet, which consists of fruits, vegetables, meats, nuts, eggs, and some oils. While the paleo diet usually advocates cutting all grains, I was less strict about that and kept eating some (kind of an 80/20 approach).

I loved this diet. Weeks after going paleo, my skin had cleared up, I had more energy, and the seasonal allergies I had been struggling with my whole life subsided. I even started a blog, The Whole Smiths, about the foods I made for my two young daughters, my husband, and me. I just felt so much better about the choices I was making with my food.

‘I wanted to go a step further.’

How brilliant is Taesha from @thenaturalnurturer?? These shredded apple and potato waffles sound too legit to quit. (Sorry Hammer…) # If you aren't already following @thenaturalnurturer it's a *must*, especially if you have little at home you're trying to feel well. # Taesha strikes a perfect balance between keeping things natural and real life. So like I said… go follow!

The problem: I was still dealing with those gastrointestinal issues. I was less bloated and had fewer stomach pains, but still had some bowel problems that were bothering me. My doctor told me to take a daily laxative, but I felt like that would only treat the symptoms, not the problem.

I wanted to find what was irritating my body, but it was hard to know exactly what that was. That’s when, about five months after going paleo, I stumbled on a program called Whole30.

RELATED: Nearly Half Of People Live By These Major Diet Myths

I had such an amazing time with my friends at @castrawberries yesterday. It was the perfect, sun-shiny, stereotypical California day and I was surround by fields of strawberries. I mean, does life get better than that? # I also had the privilege to interview Cecilia about her career in strawberries. She started as a picker and has worked her way through the ranks all the while learning English and heading back to school. I was touched and impressed by her story and will be sharing it on my blog in the coming weeks. #getsnacking #castrawberries # AND I’ll be demo-omg one of the recipes from my cookbook over on the @castrawberries feed in the next couple of weeks, go give them a follow so you don’t miss it! # Thank you for such a beautiful day @castrawberries!

Think of Whole30 as a stricter version of paleo. For 30 days, you cut all alcohol, grains, legumes, soy, dairy, processed food, and added sugar (including natural sugar in honey and sweeteners like Stevia). The “can-eat” list is short: meat, seafood, vegetables, fruit, and nuts.

I won’t lie, it sounded pretty restrictive. But Whole30 is designed to help people understand what they’re eating, why they’re eating it, and if it works for them—and that’s just what I was looking for.

After being drowned in advice from others about what I should eat and why, I was ready to dive into Whole30 and discover what was best for me. Besides, I could do anything for 30 days, I told myself.

‘I felt amazing during the Whole30.’

Soooo whatcha making for dinner tonight? While I try not to overplan our days, sometimes it's inevitable and tonight is slammed. I have some chicken apple sausages ready to go along with some pre cut butternut squash to whip these Chipotle Lime Butternut Squash Zig Zags up. (Recipe link in profile.) # Don't worry if you can't find the zig zags (Trader Joe's and @veggiesmadeeasy both sell them) you can also used cubed BNS, just adjust your cooking times. # This is my fave way to have BNS, I don't usually even like it. But this way? I'll eat an entire try. # Nights like tonight are kind of a mess but that's not an excuse to run to In-N-Out. Ok, sometimes it is. Especially if you're going for a double double. But not tonight. #whole30homies #whole30 # https://www.thewholesmiths.com/2016/06/12/chipotle-lime-butternut-squash/

When I started Whole30, I’d already been used to eating paleo, so the transition was easier than if I had gone straight into it from my old, dairy- and grain-filled diet. But it definitely took some getting used to. There were so many rules!

Luckily, I found a huge online community of people who were doing the program too. I joined Facebook groups and started following more and more Whole30-ers on Instagram. My feeds became filled with great advice about how to stay on track—and I had a lot of fun developing delicious recipes that were Whole30 compliant.

Here’s a sample of what I would during a typical Whole30 day:

I felt so accomplished when I completed Whole30 for the first time. I loved the way I felt—so much energy! I used to have to take afternoon naps a lot, but didn’t need them anymore during Whole30. And best of all—no more constipation.

‘But after I finished, I got sick—really sick.’

The bigger challenges came when my 30 days were over. The Whole30 program suggests a “reintroduction” phase, so that you can add gluten, dairy, grains, and legumes back into your diet one by one. The idea is to help you see which foods irritate your stomach or make you feel lethargic, achy, or bloated.

But I didn’t do that—I just jumped straight into my old diet (paleo but with some grains), and I started getting really sick. Over the next few days, I felt nauseous, had diarrhoea, and got rashes all over my body.

I quickly realized that these symptoms flared up every time I ate anything with gluten (whether it was a cookie, a sandwich, or any of my other favourite go-tos). So I tried cutting those foods from my diet—and my stomach symptoms disappeared.

‘Gluten has been gone from my diet ever since.’

If you guys are looking for a cleaner treat this holiday season, my dear fiend Kristen at @livinglovingpaleo NAILED it with these Almond Awesomes. ir Almond Joys made better. # If you aren't already following Kristen, you MUST. She's the real deal in an Insta world filled with fake. Her health journey and success in healing her body though foods is amazing and so inspirational. I truly feel blessed to call her a friend not only in this whole blown bit but now in real life. # So if you're looking for a dose of positive on your feed, good vibes and great food give her a follow. I’m a huge proponent of curating your social media feed / experience to reflect who you are and what you want in your life and I’m always so happy when I see her posts. # And hit up the link in my profile for the recipe to this yummy treat! # http://livinglovingpaleo.com/2016/10/18/almond-awesomes/

Now, I have more energy than ever, and no more constipation problems.

But the rest of my diet isn’t quite as strict as it was during the Whole30. I try to limit my dairy, grains, and sugar, but if I want to do a gluten-free pizza night with my girls or take them out for frozen yogurt, I allow myself to indulge. These ingredients irritate my stomach sometimes, but I’ve learned that those moments with my kids are well worth it.

‘Finding the right diet was life-changing.’

Since completing Whole30 for the first time, I’ve done the program another three or four more times when I felt like I needed to hit the reset button. But figuring out the best way to eat during time in-between rounds of Whole30—my every day diet—has been most life-changing.

The thing is, I realized there weren’t many resources when it came to finding foods that weren’t quite Whole30 compliant, but great for the reintroduction phase and beyond. I felt like the Whole30 community—myself included—needed a little more direction for the other 335 days of the year, and years after that.

That’s how the concept for my new book, The Whole Smiths Good Food Cookbook was born. The recipes can be easily altered to fit into the Whole30 diet itself, the reintroduction phase, or life after Whole30—it’s designed to help people (like me!) eat good, whole foods all year round. And best of all: My friends, family, husband, and daughters love the recipes, too.

If you want to try this for yourself, don’t expect instant perfection. The Whole30 program takes time, patience, trial, and error. But if you’re like me, you’ll find the best ingredients for your body, and you’ll have so much fun cooking with them.

As told to Carly Breit. This article originally appeared on Women’s Health US.