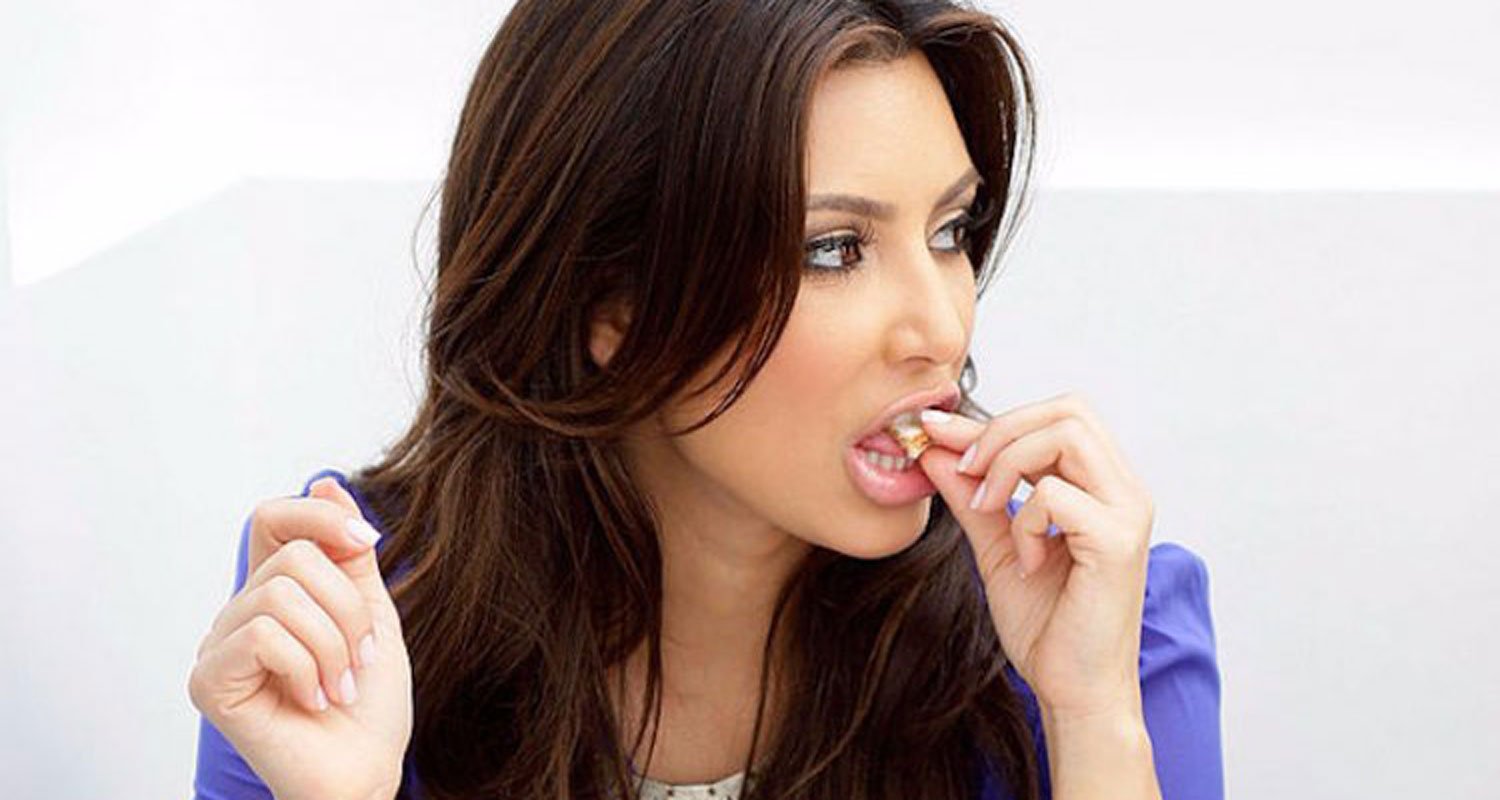 She’s been open about her desire to get her “rock-hard” pre-baby body back. But Kim Kardashian’s drastic new “lifestyle change” is raising a lot of eyebrows.

During Sunday night’s episode of Keeping Up With The Kardashians, viewers watched on as the mum-of-two binged on pizza and ice-cream as her “last supper” before embarking on a “really crazy diet.”

“I’m going to be really dedicated and committed,” the 37-year-old declared to her BFF Jonathan Cheban and sister Khloe. “You’ll see.”

But it turns out this final food indulgence, is only setting Kim up for failure.

“If you’re starting a diet on this notion that you have to restrict foods you love, that means the diet is unsustainable and you’re going to fail,” registered dietitian Julie Upton tells Health.

Yeah, temporarily it changes up Kim’s eating habits for the better, but long-term it merely “jumpstarts the desire to get off the diet and [eat] the foods” she’s been denying herself.

Plus, when you typecast certain foods as binge-now-but-restrict later, that binge mentality is likely to come back when you (eventually) break the diet.

“It sets up this ‘good food’ versus ‘bad food’ mentality that, for a lot of people, feeds an unhealthy relationship with foods they love,” Upton adds.

According to Upton, Kim’s best shot at dropping weight (and keeping it off) is to implement an eating plan that fits with her current lifestyle and food preferences, such as the Mediterranean diet.

“For someone who loves pasta or bread, a ketogenic diet is never going to work, because they’re going to constantly crave those foods,” she explains.