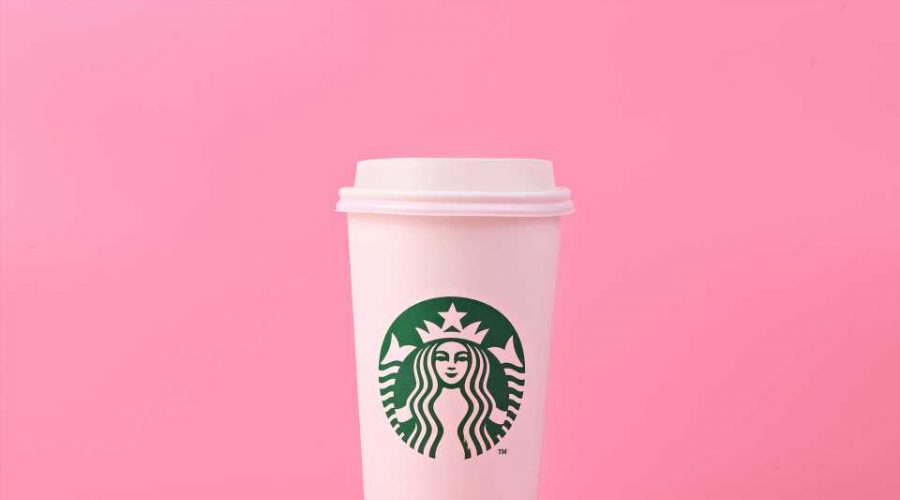 Are there any two businesses that inspire obsession in their customers more than Disney and Starbucks? I know full-on adults who happily take solo vacations to Disney once a year, and I’ve got a friend who actually signed up for the Starbucks credit card so they could earn more points…to spend at Starbucks. The point is, they’re popular on their own, so when someone combines the two brands you know you’ve got a hit on your hands. Such is the case for the Starbucks “secret menu” Cinderella Latte, a Pumpkin Spice Latte-based drink that was created by a Disney fan who worked at Starbucks and that’s taking the nation by storm.

The now famous Cinderella Latte spread magic at coffee shops everywhere last Fall, and I can’t wait to see what happens this year! Maybe you’ll see it on the menu on Main Street ☕️?✨ – THE STORY: I was a barista @starbucks for 7 years here in the Seattle area and I came up with a couple of Disney inspired drinks to spread a little magic to my customers & coworkers. – CINDERELLA LATTE RECIPE: – Order a Pumpkin Spice Latte – Can be made hot, iced or a blended Frappuccino. – Sub half of the Pumpkin Spice pumps with White Mocha (Or if you have a real sweet tooth, try full pumps of each! ?) – The white pumpkin reminded me of Cinderella’s coach and that’s why I call it the Cinderella Latte ?✨ – THE TEE!! Cinderella latte tees drop FRIDAY @ 7am PST – ? @inkprincess143 I’m still in love with this pic you took!! Thank you so much ? – – – – – #happiestteesonearth #starbucks #disneystarbucks #starbucksdisney #psl #cinderellalatte #dcpfall2019 #castmembers #greenapron #sbux #coffee #disneymagic #disneysmmoms #disneylove #cinderella #disneygirls #foodsofdisneyland #disneyhungry #disneyfoodie #disneyfoodies #dressedindisney #styledbymagic #disneylifestylers #disneylifestyle #pumpkinspicelatte #pumpkinspice

It all started when Instagrammer @happiestteesonearth was inspired to create different Disney-themed drinks for her customers and co-workers at the Starbucks in Seattle where she was a barista. The drink is simple – just ask for an iced or hot Pumpkin Spice Latte, then ask for half of the pumpkin spice pumps to be replaced with pumps of white mocha.

The drink was posted on Instagram, and then it went viral on the Starbucks Facebook fan page Leaf Raker’s Society. People who have tasted it have said that it’s a more balanced drink than the original Pumpkin Spice Latte, and others have even said that it tastes more pumpkiny than the original.

The Cinderella Latte can only be ordered when the Pumpkin Spice Latte is available, so if you’re itching to try out this magically delicious combo, you should get one asap. Sure, September just started, but you never know when Starbucks is going to decide it’s winter again and put the PSL into hibernation for another year!

Related posts:
09/04/2019 Diet & Food Comments Off on Here's Everything You Need to Know About the Secret Starbucks "Cinderella Latte"
Diets News