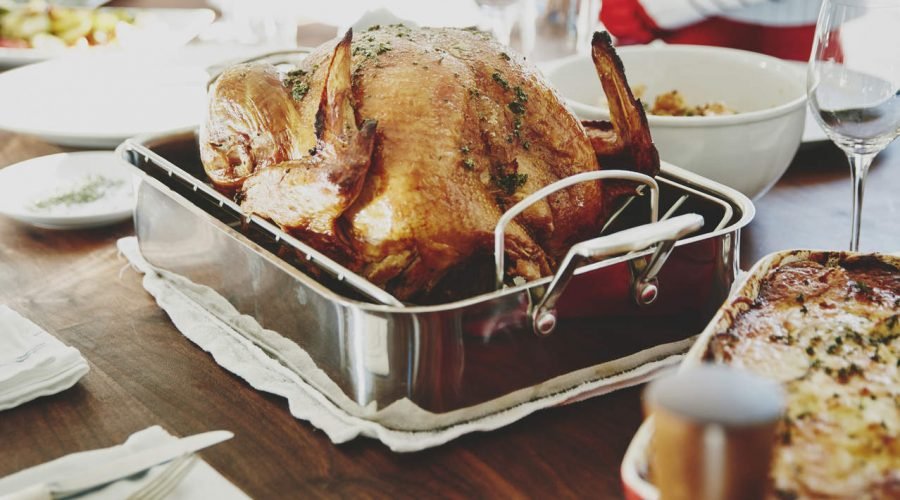 Here’s something you definitely don’t want on your Thanksgiving menu. Just two weeks before Thanksgiving, the Centers for Disease Control and Prevention (CDC) is reporting that there have been additional Salmonella infections in an ongoing outbreak linked to raw turkey.

The outbreak dates back to November 2017, according to the CDC. Since then, 164 people have fallen ill across 35 states, including 63 hospitalizations and one death. While health officials have been able to identify the guilty strain of the bacteria—Salmonella Reading—they haven’t been able to pinpoint a specific supplier of contaminated raw turkey products or live turkeys.

With arguably the biggest turkey-eating day of the year quickly approaching, here’s what you need to know.

What is salmonella–and what are the symptoms of salmonellosis?

There are actually around 1.2 million cases of salmonellosis—or infection with salmonella bacteria—every year. The bacteria live in animal and human intestines and spread through contact with fecal matter. Salmonella-contaminated poop can come in contact with food during harvesting, butchering, washing, or even packaging, as may have been the case in a recent salmonella outbreak in cereal.

There are a number of different strains of salmonella bacteria, but any kind can produce unpleasant symptoms that most of us would call food poisoning: diarrhea, stomach cramps, and fever. Salmonella symptoms typically set in 12 to 72 hours after coming in contact with the bacteria.

Luckily, most cases of salmonella actually go away on their own in four to seven days. If they don’t, doctors often prescribe antibiotics to kill off the lingering bacteria. (Without treatment, serious infections can infiltrate the bloodstream, travel to other parts of the body, and even lead to death.)

Treatment with antibiotics is where things get a little more complicated with the current outbreak involving turkey products. This particular salmonella strain is considered “multidrug-resistant,” according to the CDC, meaning it’s not so easily killed off by standard meds. According to the investigation of the outbreak, this strain seems to be resistant to at least 10 antibiotics. (An ongoing salmonella outbreak tied to chicken products that has sickened 92 people so far is also resistant to many standard antibiotics.)

However, the CDC reports: “Most of the infections in this outbreak are susceptible to the antibiotics that are commonly used for treatment, so this resistance likely will not affect the choice of antibiotic used to treat most people.” Phew.

So, how worried should you be about your Thanksgiving turkey?

Health officials investigating the outbreak have interviewed 85 of the 164 sick folks. More than half said they had recently eaten turkey products they had originally purchased raw, including ground turkey, turkey pieces, and, particularly troublesome for the upcoming holiday, whole turkey.

But before you decide to try a pescatarian Thanksgiving, know that as long as you follow a few tried-and-true food safety rules, you’ll probably be just fine carving your traditional bird.

Number one rule: Wash your hands. (Also important considering it’s cold and flu season!) Scrub up before and after prepping your bird and again before eating, not to mention after using the bathroom, but let’s hope you’re already doing that.

Next up, make sure you take just as good care of your meal-prep space as you do those hands. Don’t wash the raw turkey in your sink—that just spreads germs. Scrub down all cutting boards, utensils, and countertops involved in the turkey-readying process after the bird’s in the oven.

And speaking of the oven: Grab that meat thermometer—which you were probably already going to need anyway—and ensure that your turkey is cooked to an internal temp of 165 degrees Fahrenheit. That’s the benchmark food safety experts set for poultry, at which all nasty germs should get fried. Don’t forget the thermometer needs to go into the thickest part of the turkey, according to the CDC. Reheat your next-day leftovers to 165, too!

Related posts:
11/10/2018 Diet & Food Comments Off on A Salmonella Outbreak Linked to Raw Turkey Made 164 People Sick. How Worried Should You Be About Thanksgiving?
Diets News