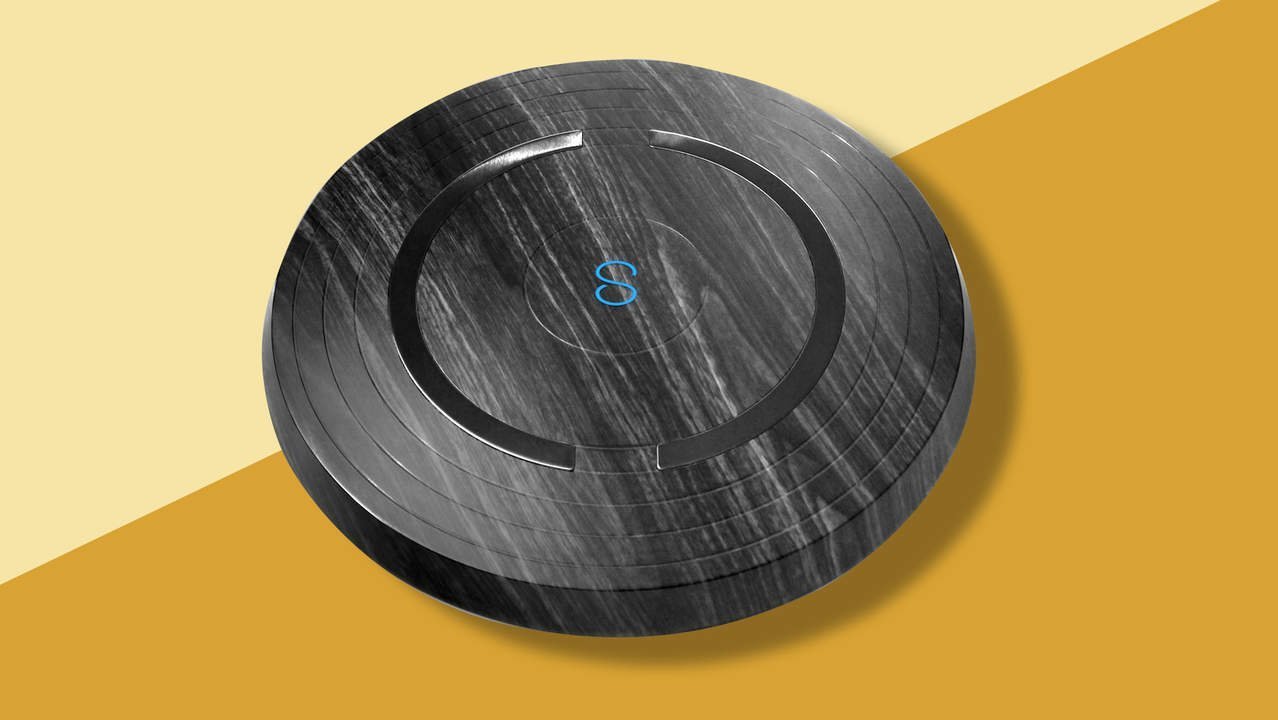 As anyone watching their weight can tell you, stepping on a scale isn’t always the best part of your day. You step on, hold your breath and hope for the best. It can be a source of anxiety, frustration, and even shame. As great as it can feel to see that number dropping, even a slight uptick can really mess with your head and derail your progress. And when that happens, it’s just so much easier to start subtracting workouts and adding snacks.

But, as you may have heard, health is more than a number on a scale—and that’s the idea behind Shapa, a numberless scale that aims to remove the needless anxiety so you can concentrate on what matters. Shapa’s co-founder, Dan Ariely, is a professor of psychology and behavioral economics at Duke University who devoted his research to decoding people’s decision-making. With Shapa, he built on a principle known as loss aversion, which generally states that we prefer avoiding a negative result more than acquiring a positive one. In terms of weight loss, that means the negative feelings of adding a few pounds are more impactful than the positive feelings associated with shedding a few.

But sometimes adding a few pounds is merely a factor of day-to-day fluctuations that happen naturally, whether by water retention or having eaten a heavy meal. Which is why Shapa’s goal is to get you focused on the long game rather than this so-called weight variance. The scale, together with its corresponding app, uses an algorithm to track your weight and body fat percentage while accounting for your personal patterns in weight variance—and instead of showing you your weight, you’re graded with one of five colors to mark your progress.

I’ve long been aware of the role my mind plays in my ability to eat a balanced diet and exercise regularly. I can rationalize just about any food choice—“What a rough day, I deserve a Twix!” or “That’s great news, I should get a Twix!”—and have talked myself out of more workouts than I can count. I tend to want instant results—a workout today should be a loss on the scale tomorrow—even though I know this isn’t how human bodies work.

“Scientific research shows that the body, through various mechanisms, resists weight loss attempts, and most people who lose weight gain it back,” says Joan Chrisler, PhD, a psychology professor at Connecticut College who specializes in weight and eating disorders. “Thus, when weight loss efforts don’t work, dieters think there is something wrong with them, feel like failures, and give up after a few weeks.” I get that—and I’d be lying if I said a string of disappointing weigh-ins never led to a cheeseburger. I was eager to give Shapa a shot and take a stab at changing my outlook.

Shapa acknowledges that changing our behavior is key in achieving our goals. After all, the scale is only a reflection of what you’re doing, so the app is all about encouraging users to build new habits and live a generally healthier lifestyle. The Shapa app, which works on both Android and iOS and can support up to seven accounts, supplies you with reminders, healthy tips, and “missions” to help change your behavior. “Focusing on your behavior is proven to be more beneficial than setting a specific weight loss goal,” reads a post on the Shapa website. “Instead of concentrating on a number on the bathroom scale or limiting your calories, challenge yourself to take a walk each day, keep a food journal, or drink an extra glass of water each morning.”

After downloading the app and answering a long questionnaire about my food and activity habits, I did my first weigh-in. By design, your first few weigh-ins don’t tell you anything. There’s a nearly two-week assessment period where Shapa’s algorithm learns your variance. I found this stage to be tedious. Psychologically, it’s weird to step off the scale having learned nothing. It’s anticlimactic. Eventually though, I got my first rating from Shapa. The color scale ranges from blue (you’re doing great!) to dark gray (you’re slipping!). I earned a green, the neutral rating, signifying no meaningful change in my weight or body fat.

At first, I was pumped by the results. I remained in the green for a couple of weeks. The wording on the results is very positive, so even though I wasn’t necessarily improving, I still felt good about not backsliding. I even found myself working out more often. But it wasn’t long before my itch for results needed scratching. After all, my goal was to lose weight, not stay exactly the same.

After a few weeks of green weigh-ins, I eventually hit something of a mental plateau and found myself weighing in less frequently. That complacency led to some more iffy food choices, followed inevitably by a string of gray Shapa readings. Obviously, that’s on me. I’m not blaming Shapa for my love of fried chicken sandwiches. But while I appreciate Shapa’s philosophy, I wanted to see more of what was happening. It may seem like it defeats the purpose, but I found a way to make the app tell me my weight and change in body fat percentage—the two metrics the scale tracks—in the settings. If I got a dark gray, I wanted to know why.

The results Shapa offers are an average of your last 10 weigh-ins. For me, that was just as frustrating, because any change there moved so slowly. Once I snapped out of my fitness malaise and got back on track, I was still racking up the grays. That’s because it took nearly two weeks to see those changes reflected in my average. That was a discouraging little stretch. I realize now that what I’d done was substitute one metric for another. Mentally, I was still pinning my progress to the scale—except the feedback was a color now instead of a number.

As it happens, I’m not alone in tripping over such obstacles. “A common mistake people make is having impossible expectations and being too strict with themselves,” Chrisler says. “So when someone slips up and goes off the plan, it seems like the ‘diet’ is ‘ruined,’ and then they give up. It is important to have a series of statements to say to oneself when these slips occur in order to counteract self-blame and discouragement.” She recommends affirmations like: “Everyone slips up, I’ll get back on my plan tomorrow,” “One misstep won’t ruin the progress I’ve made,” or “Slow and steady wins the race.”

When my Shapa average started to move again, I noticed that while my weight hadn’t changed, my body fat was down 0.1%. Now, I don’t know whether that’s good or meager, but it motivated me. I wish I knew what my starting body fat percentage was, and I definitely would love to see a chart or graph of my progress thus far. Ultimately, if Shapa offered more information, or even had different modes that would allow a user to choose how much or how slow feedback was reflected, I think I’d have found it a more useful tool.

“I think it would be better to focus on making behavior changes—eat healthier foods, move more, be grateful for what we have, develop self-acceptance—regardless of how these changes affect weight,” Chrisler says. Through their reminders and missions, these are goals Shapa hopes to cultivate, too. Since using Shapa, I’ve moved more toward this perspective and shifted my focus to long-term results. I’ve definitely been less preoccupied with what the scale says, and my exercise routine is reinvigorated. As I focus more now on how I feel, the most noticeable result has been that I am able to work out harder and longer. With the long game in mind, there can only be positive results down the line.

Related posts:
07/28/2018 Beauty & Balance Comments Off on This Numberless Scale Changed the Way I Think About Weight Loss
Diets News