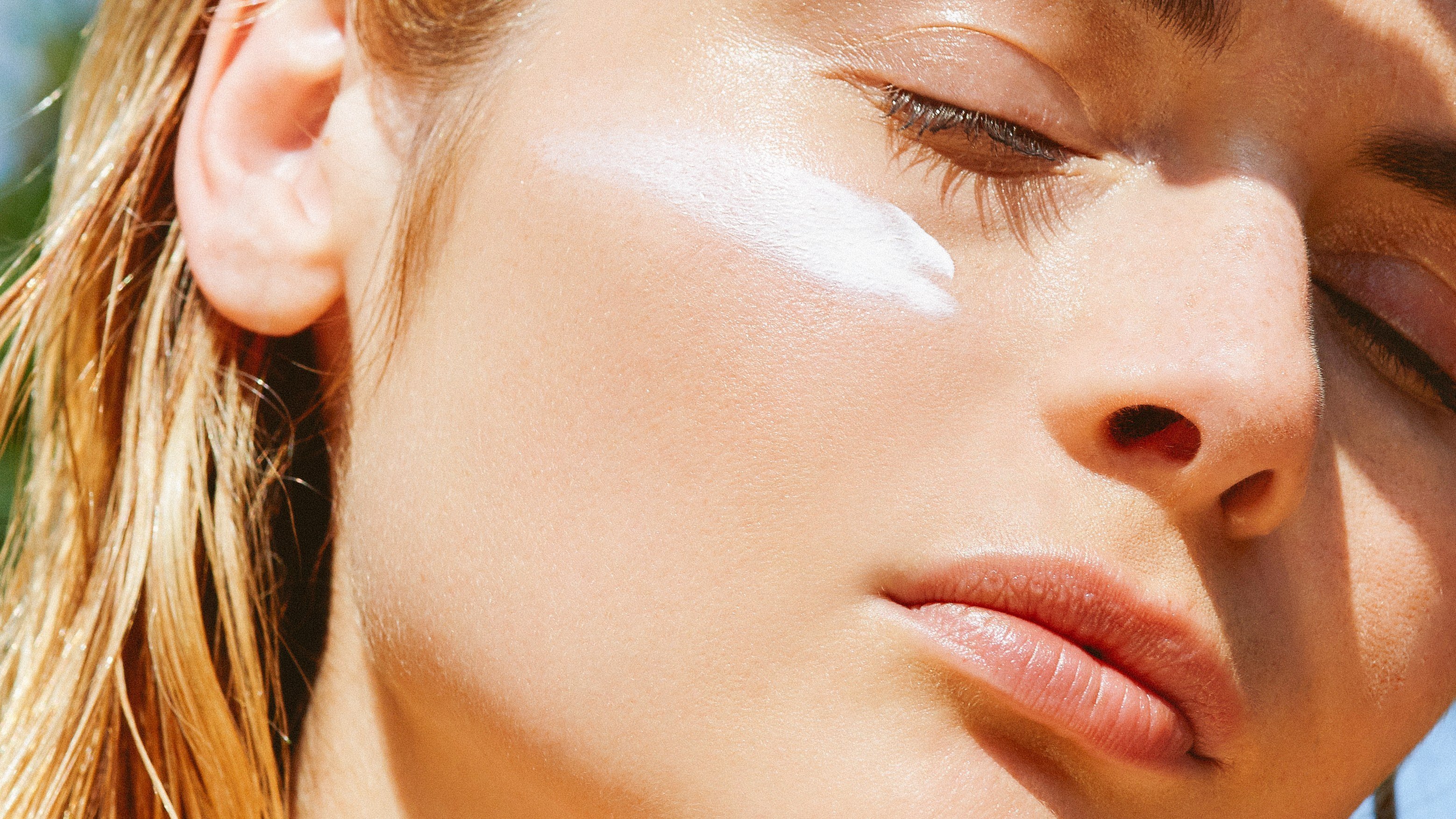 Before measuring how much UV light was absorbed, researchers from the University of Liverpool used a modified camera to measure how much UV light was actually hitting participants' skin after each type of sun protection was applied. In two separate tests, researchers had a group of participants apply either an SPF 30 sunscreen or an SPF 30 moisturizer before measuring how well each method actually blocked the sun's rays.

Turns out, your moisturizer with SPF probably isn’t cutting it because you're not applying enough and not applying it all over. In the findings, presented at the British Association of Dermatologists' Annual Conference earlier this month, researchers noted two surprising things. "We expected the area of the face covered with moisturizer to be greater than sunscreen," Austin McCormick, an oculoplastic surgeon and one of the study's authors, said in a press release.

Instead, the researchers found the opposite: When people applied SPF moisturizer, they missed an average of 16 percent of their face, especially around the eyes. (Last year, Allure reported on another study presented at the British Association of Dermatologists' conference that found the area around your eyes is the most likely to be overlooked when you're slathering on your SPF.) When the same participants applied sunscreen, they missed only 11 percent of their face. As for the eye area, 21 percent was missed with an SPF-laced moisturizer, while 14 percent was missed with a traditional sunscreen.

Even for the areas of skin that were covered, the researchers found that the SPF protection wasn't as strong with the SPF moisturizer — though each formula was billed as SPF 30. The problem? Study participants appeared to apply a thinner layer of moisturizer than they did sunscreen. "Applying less SPF will reduce the protection to a higher degree than is proportionate. For example, only applying half the required amount can actually reduce the SPF protection by as much as two-thirds," McCormick explained.

One theory as to why you might be more likely to skimp with a moisturizer formula is that, "with a moisturizer, the goal is different than with sunscreen — people might have applied just enough to get softer more hydrated skin but not enough for adequate sun protection," Sejal Shah, a board-certified dermatologist in New York City, tells Allure. This raises a question that has yet to be investigated: "If the moisturizer was applied more thickly, would it have provided as much protection as the sunscreen?" Shah asks.

So, what does this mean for your sun protection routine? The study confirms Shah's previous SPF axiom: Wear a dedicated sunscreen, not just a moisturizer with SPF, to ensure you get the most sun protection. "To get adequate sun protection from a sunscreen, regardless of whether it is plain sunscreen or a sunscreen-moisturizer combo, it is critical to apply enough and to reapply every two hours or immediately after swimming, sweating, or toweling off," she says.

Secondly, the study highlights the need for additional forms of sun protection. As we've reported many times before, sunscreen shouldn't be your only line of defense when it comes to sun protection. You should also be making use of shade and wearing protective clothing, such as T-shirts, hats, and sunglasses. That's especially important for protecting the skin around your eyes, where you can also get skin cancer.

Point being, if you want to be absolutely sure you're getting the most sun protection, slather on a dedicated sunscreen instead of just a moisturizer with SPF.

Related posts:
07/12/2018 Skin & Body Care Comments Off on Why Your Moisturizer With SPF Isn't Protecting You as Much as You'd Think
Diets News