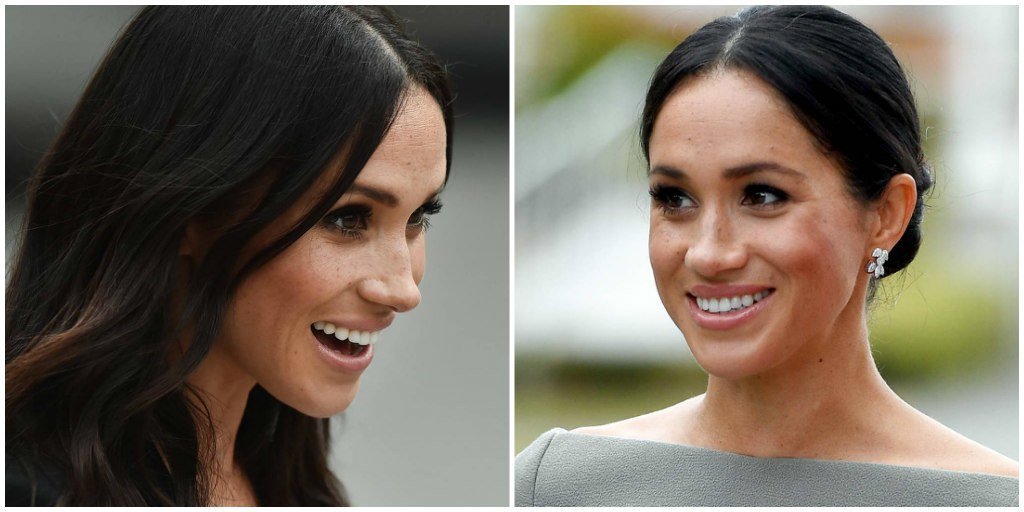 Meghan Markle, with her messy buns and affinity for affordable beauty products, has just cemented her status as the princess of the people: Apparently, the Duchess of Sussex has been doing her own makeup throughout her recent international trip. (Your fave could never!)

Markle, who has spent the past few days in Ireland alongside hubby Prince Harry on official visits, has been lauded for her multiple looks (five in 24 hours to be exact) throughout the week. Her wedding makeup artist Daniel Martin shared a shot to Instagram of one of her most sleek styles, writing, "Can we say my love #Meghanmarkle looking #chic AF in @dior today! #slay?," alongside the photo of the Duke and Duchess of Sussex staring lovingly into each other's eyes, per usual.

Commenters assumed that this meant that he was responsible for the duchess's elegant makeup, but he quickly corrected them — revealing that the natural look was a Meghan Markle original. "I guess you're here in London," someone wrote beneath the photo, to which Martin responded, per Elle, "I'm not. She beat that mug herself! ?," When another fan asked him to reveal the products behind the look, he revealed, "She did her makeup herself for this ??☺️."

The point was only further confirmed when Hello magazine reported on the 11-person entourage that the couple brought with them to Ireland — and a makeup artist didn't make the list. (Markle did, however, bring along a hairstylist — the same one who did her hair for her evening wedding reception.)

For her self-applied look, Markle stuck with her usual neutral shades. She dusted her cheeks in a rosy blush, accented her eyes with brown liner, and glossed her lips with a subtle, nude shine. This, it's worth noting, has been Markle's go-to makeup vibe since long before she was a royal. "My routine is very simple — I call it the five-minute face," she told Allure in 2014. "It's just Touche Éclat, curled lashes, mascara, ChapStick, and a little bit of blush. That is my favorite kind of look. If I'm going to amp it up for night, then I use M.A.C. Teddy eyeliner, which is a really beautiful brown that has some gold in it."

Related posts:
07/12/2018 Beauty & Balance Comments Off on Meghan Markle Has Been Doing Her Own Makeup in Ireland, and She Looks Stunning
Diets News