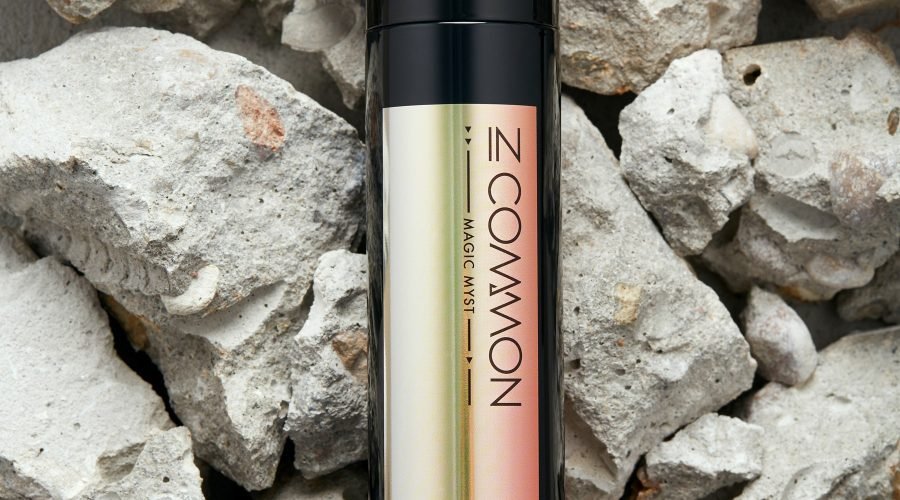 Even if you haven't heard of Nikki Lee or Riawna Capri, there's a pretty good chance you've seen — and screenshotted for hair-inspiration purposes — their work: Celebs including Emma Roberts, Ruby Rose, Nina Dobrev, and Paris Jackson all count themselves among clients of Lee and Capri's Los Angeles salon, Nine Zero One. Swanky clientele aside, the West Hollywood hotspot has quickly become highly sought for anyone looking for a next-level cut with a generous side of good vibes — and a glass of bubbly.

Just a year shy of the salon's tenth birthday, the duo is taking a major step with the launch of In Common, Lee and Capri's very own range of luxury hair-care products, as Allure exclusively reports. (Insert all of the applause emojis.)

"A lot of people were like, ‘You should start your own product line.’ And for the longest time, we were like, 'No, we’re not doing that,'" Capri tells Allure. "With Nine Zero One, we just wanted to make people feel happy and look pretty." And while Capri and Lee purposefully waited until the right time — i.e., now — to venture into products, that's not to say that other brands hadn't come knocking on their doors with offers aplenty: "We had been approached a handful of times [like] ‘Hey, we have a product line and we just want to slap a label on it and have you be the face of it.’" Capri shares. "[And we were like] ‘No, no, no.'"

With In Common, Lee and Capri are looking to inject the same unapologetic, feel-good ethos of the salon with their inaugural launch, a "universal elixir" called Magic Myst that bridges the gap between an reparative treatment and a styling product: The lightweight lotion spray can be used on wet hair to enrich strands and speed up blow-dry time, or on dry hair to refresh your style and instantly boost shine. "The basis of In Common for us right now is a healthy treatment line," Capri explains. "Everything that we put out there is going to be amazing and awesome on your hair."

When it came to settling on a name for the brand, Lee and Capri approached it with the same mentality as they did for their salon. "[It's about] taking away that perception of hoity-toity, high-end salons — we did that with Nine Zero One, and it’s the same with In Common," Capri says. "We can all come together and have amazing hair and be a team. It’s as simple as that." And with a name like In Common, it's clear that they're less interested in marketing certain products for certain hair types or concerns, and more about what works for a wide range of clients. "We really wanted it to be an inclusive product line, not an exclusive product line," Capri says. "Everyone deserves to have healthy hair, so that’s what we all have in common." Adding to that, Lee poses the question, "Why can’t this be for everybody and all hair types?"

As for what's in the de-tangling, heat-protecting, UV-filtering secret sauce? Magic Myst contains niacinamide (a form of Vitamin B3 that strengthens hair), rose, lavender, and orange fruit extracts, plus a proprietary blend of ingredients that make up the formula's Custom Care Complex. According to a brand representative, Magic Myst features technology that allows the product to forms a hydrating mesh film around each hair fiber for a delivery system that works similarly to a hydrogel sheet mask.

"It’s vitamins for your hair," Capri explains. "[It's] something that everyone can include in whatever routine they already have." In a nutshell, In Common isn't looking to replace every product in your arsenal. (At least not yet.) When discussing plans for the brand, Lee and Capri made it clear that they're not about creating new launches simply because they're "supposed to;" during our conversation, they assure me that everything they put their stamp on will be intentional, and come from a need of their clients or fellow hairstylists. "We do everything because we’re passionate about it," Lee says. "It’s taken us this long to even do a product line because this is the first time that we’re like, ‘This is it.’"

Speaking on the topic of social media — ICYMI, In Common has already made an understated debut on Instagram — Lee and Capri dish on the power of curating a virtual presence, and why they plan on using the platform to foster a community of positivity — and yes, really good hair. "Everyone is an influencer," Lee says. "It doesn’t matter how many followers you have. If you have 400 followers and you’re talking about something that you love, that’s important."

Magic Myst will be available starting mid-November exclusively at incommonbeauty.com and will retail for $35.

Related posts:
10/18/2018 Skin & Body Care Comments Off on The Nike Zero One Salon Founders are Finally Launching a Hair-Care and You’ll Want Every Product
Diets News