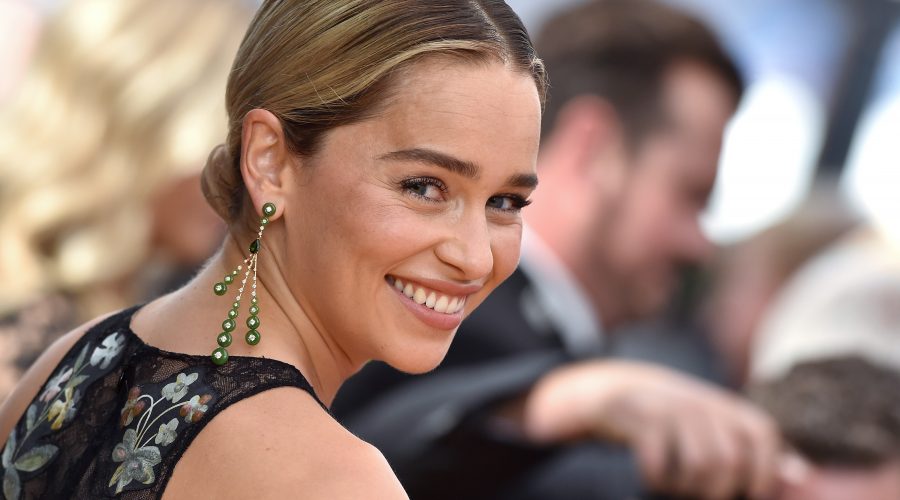 Game of Thrones may be ending next year, but thanks to some new body art, Emilia Clarke will be the Mother of Dragons for life.

The actor showed off some new ink on Instagram on Wednesday evening, which features three small black dragon shapes flying up her wrist toward her hand. "MOD 4 LYFE!!!!" she wrote, referring to her status as mom to her scaly TV children. "@_dr_woo_ made sure this mamma ain’t NEVER forgetting her babies…." In the photo, she's grinning ear to ear, and looks like she couldn't be happier about her tiny tattoos.

While we were pleasantly surprised to see this work of art staring back at us on our Instagram feeds on Wednesday night, we actually did have some idea it was coming. In May, she told Ryan Seacrest and Kelly Ripa that she was planning on getting a tattoo when the show was over. "I’m going to get a dragon right here kind of flying away," she said, pointing at her wrist. "So I think that’s cool. A little kind of peace out."

She further celebrated her departure from Westeros by chopping the "burnt-out mother of dragons split ends" off of her hair — which was basically a breakup cut, but with a TV show instead of a significant other.

Clarke isn't the only one to commemorate her turn on the show with a permanent souvenir. In 2016, onscreen sisters Sophie Turner and Maisie Williams got the numbers "07.08.09" tattooed on their forearms to commemorate the day they both found out they'd been cast on the series. Williams also has the phrase "no one" inked onto her body, likely referencing the time in season six when one of the Faceless Men, Jaqen H'ghar, told her, "A girl is no one." For her part, Turner has a photo of a direwolf on her inner arm with the phrase, "The pack survives."

Thanks to their epic body art, this "pack" will clearly survive long after the last episode airs.