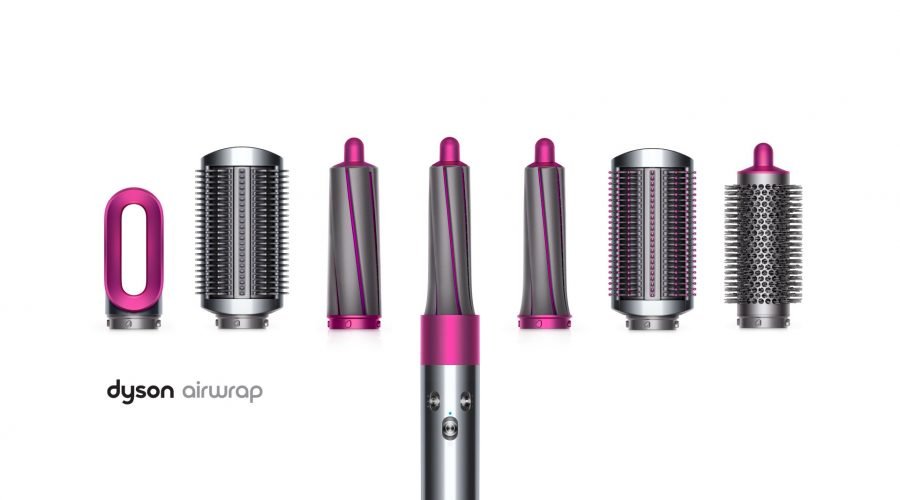 Two hours west of London, through winding single-car lanes and sheep-clotted fields, is an unlikely hotbed of tech innovation — Dyson’s headquarters, aka the birthplace of expensive vacuums and the 2016 Best of Beauty Breakthrough Award–winning Dyson Supersonic Hair Dryer, a reimagining of the blow-dryer as a seamless vortex of air. Dyson’s newest invention, the Airwrap, offers a new spin on the same technology that made the Supersonic so freaking cool.

It’s called the coanda effect — the phenomenon in which high-velocity air in round objects turns into a powerful vortex (think jet engines). The Dyson Airwrap, however, isn’t meant to just dry hair — it’s also meant to make the process of curling hair or creating a sleek, voluminous, or wavy blowout way, way easier. Its motorized base comes with four detachable heads: a shrunken version of the Supersonic blow-dryer head, a paddle brush, and a round brush (both perforated with vents to eliminate the balletic work of brushing while drying), and a clampless curling-iron head.

The real test, of course, was whether I, a hair-tool-illiterate beauty editor, could make heads or tails of all this technology. After a rough-dry with the paddle-brush head, I snapped on the curling tube. My hair was literally swept onto the curler and set, with hardly any involvement from me, other than sectioning my hair and manipulating one button for temp control (slide up to hot-curl each section, and then hold down for a blast of cool air to set and slip out the wand). The results? My fine hair, which usually droops without shellac, stayed tousled and voluminous well past dinner. I’d say the Airwrap taught an old dog new tricks — but I didn’t have to learn a thing.

Related posts:
10/11/2018 Skin & Body Care Comments Off on Dyson Is Launching the Airwrap, a Game-Changing Hair Tool That Literally Does It All
Diets News