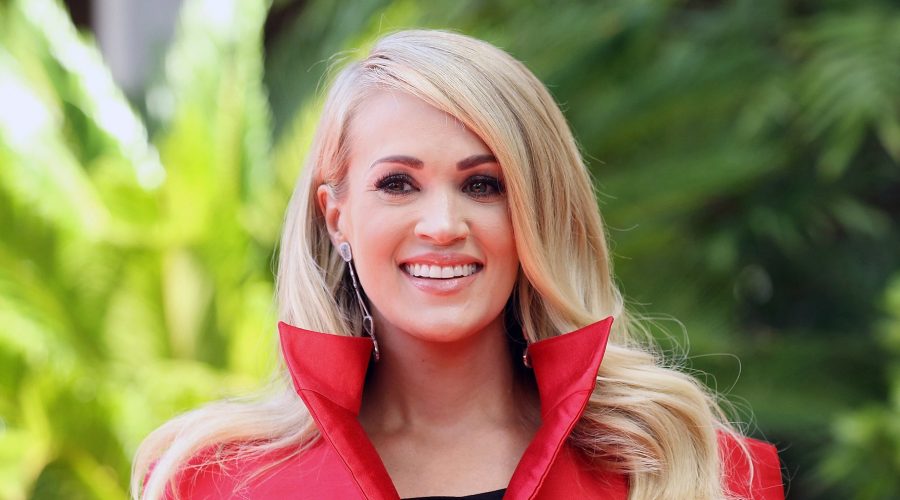 You may not know it from recent photos of her, but less than a year ago, Carrie Underwood had to get 40 stitches in her face. Months after the incident, the singer told fans that she had fallen outside her house, and that her injury may affect her appearance.

But when Underwood finally made her public debut after healing, fans were surprised to see that the musician looked…exactly the same.

In a new selfie shared to Instagram, though, Underwood's scar is a bit more visible than usual. According to Underwood, the photo is actually throwback from the set of her "Love Wins" music video.

If you look very closely, a faint scar on her upper lip is visible, perhaps because of her pouty pose for the photo. But what stands out even more than the scar is the galactic-inspired glitter and rainbow face paint. Underwood is sporting the most colorful smoky eye we've ever seen, featuring a full spectrum of shades (blue! pink! yellow!) across her eyes and brow, painted on in a watercolor-like style, with touches of glitter, to boot.

When discussing her injury, Underwood previously explained that she has "a dedicated team of professionals who can spackle and paint and paste." But that doesn't make the scar (and the fall that preceded it) any less of an emotional trauma. "There were definite rough, scary patches, but there were some silver linings as well," she told SELF.

Underwood's fans are as supportive as ever, both thanking her for sharing her pain and embracing her look. "Good for you Carrie for sharing your scar. You are still one of the most beautiful people on the planet, and SO talented to boot. I can totally understand why you were concerned about the outcome affecting your appearance, but have no fear! You are gorgeous," wrote one sweet fan.

"Carrie Underwood is beautiful even if she has scars," said another. We couldn't agree more.