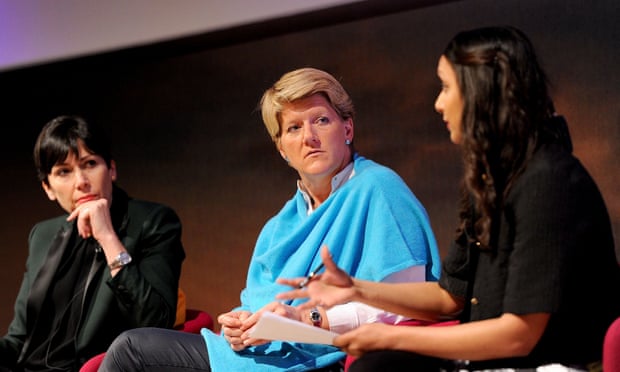 “This is the year we change things,” says Clare Balding, resolute. The BBC presenter is talking about women’s sport, women in sport, and women who – quite frankly – would run a mile in any direction just to get away from sport.

In a year that already feels like a watershed moment in this area, the 44-year-old has been at the forefront of every major campaign – from the national success of This Girl Can, to Inspiring the Future, a charity hoping to inspire girls to pursue a career in sport.

But Balding’s greatest contribution, she says, is hosting the BBC’s Boat Race coverage on Saturday, an historic occasion as Oxford and Cambridge women’s crews take to the tideway – competing on the same stretch of the river Thames as their male counterparts – for the very first time.

“The biggest statement I’m making is doing the women’s Boat Race instead of the Grand National,” she says. Her decision to choose rowing over horse racing, a sport that she has lived and breathed all of her life, has been met by controversy in some quarters. “It is the biggest one I can make,” she reiterates, “because there’s not much point me doing all of these events and saying all the things I say if I don’t do something that says: I am with you.”

Balding is euphoric about the breakthrough. It’s the first time in the history of the women’s race that it will be televised – a symbol of the potential for all women’s sport when investment and media coverage combine to provide the platform.

“It’s a classic example of business pushing the agenda, because Helena Morrissey made that happen, and the BBC were very supportive,” says Balding. Just 0.4% of all commercial sponsorship goes to women’s sport, and it gets just 7% of media coverage in a sector where male sporting achievement is routinely overrepresented. Morrissey, the CEO of Newton Investment Management and founder of the 30% Club, (ironically her name is all too often prefaced by the sentence, “mother of nine children”), has become the leading advocate for why the commercial sector should consider investing in women’s sport. She makes a powerful business argument, citing higher returns and greater impact.

Balding is also quick to hold up the contributions of others to the cause – praising Andy Murray for choosing a female coach in Amélie Mauresmo last year, “Could you make a bigger public statement than that? As far as I understand it, and I will ask him about this one day, his question was not “find me a coach” he said “find me a list of female coaches, who can I have?” He wanted that to happen and I think that’s really interesting and my God, do I wish him all the success this year”. But Balding has played a key role too – when she signed up with broadcasters BT Sport she requested they show more women’s sport.

For Balding, the battle for gender equality in sport has always been intrinsically linked to the feminist struggle, and women’s rowing at Oxbridge epitomises this narrative as well as any. The first ever women’s Boat Race took place in 1927, where the all-female crews were forbidden from lining up side by side as it was deemed unladylike to race. Instead, the crews took it in turns to row, their style on the water judged by umpires, who eventually ruled Oxford the winners. Along the towpaths, one newspaper reported that, “large and hostile crowds gathered”.

“Sport has always been linked with feminism, the Dick, Kerr’s Ladies were very much tied in with the suffragette’s movement,” says Balding. The Dick, Kerr’s Ladies were an early 20th century British football team that attracted crowds of more than 50,000 before the Football Association banned women from playing football in 1921. Balding is researching the team for a screenplay she’s working on.

She also waxes lyrical on how important sport is for women the world over. “Sport in schools for women was the beginning of physical freedom for women, and it is terribly important still for women in the Middle East for example. If you’re not allowed to run or sweat in public, that’s part of your freedom that’s being eroded, but if you are allowed to go to the Olympics and so on then I think it’s massive. It’s at the very heart of social change.”

Balding, whose family are steeped in horse racing, says she knew from a very young age that she wanted to work in sport. “I remember putting my hand up at school when the careers person said, “What do you want to be?” And I said, “an eventer” as in I wanted to go to the Olympics, but she thought I’d said, “inventor” and was terribly excited until I clarified and then she just laughed and moved on.” Balding wants more girls and women to consider a career in sport – and more vocational advisors to stop steering them away from one. “You have to be able to go to your careers advisor and say, ‘I want to be a sports nutritionist,’ and they say, ‘Fabulous, here’s what to do.’ You just want to change the conversation, and of course they need to see other women doing it too.”

“I do think sport is changing though, the world is changing, for the better. The beautiful thing is that if we get it right, this is not about men against women or women against men, this is about humankind and creating a better environment where ideas are listened to, where alternative ways of thinking are encouraged, where happiness is pretty high up the agenda too.” Balding pauses, and beams. “I love that. I love feeling that anyone under the age of 20 can get a world where nothing’s stopping them.”