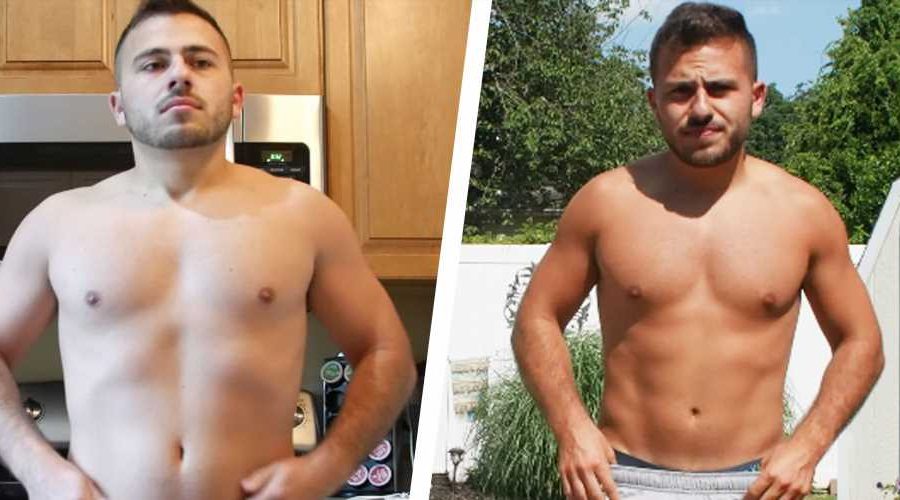 Brandon Romaine from the Superhero Jacked channel on YouTube set himself the challenge of training his core by holding a plank position for a full minute, every day, for 31 days. In order to keep this experiment somewhat under control, he ate the same 2,000 calories each day.

While maintaining the plank presents some difficulty at first, the 60-second target soon becomes more attainable. “It’s definitely getting easier and easier,” he says, 11 days in. “I definitely think I could go longer than a minute.”

At the end of the month-long challenge, Brandon says he lost 14 pounds, and there does appear to be some more visible definition in his torso. However, doing the same 60-second exercise every day isn’t enough to yield much in the way of sustainable change.

“The plank itself isn’t going to show results for multiple reasons, and one key one is this: It’s challenging your body (and more precisely, your core musculature) through just one brand of contraction: isometric. You’re holding a fixed position,” says Men’s Health fitness director Ebenezer Samuel C.S.C.S.

“It’s generally hard to build muscle and burn calories with the use of isometrics alone,” he continues. “Additionally, it’s challenging just one responsibility of your core: Bracing. This is important, but it’s not challenging anti-extension, anti-rotation, rotation, or spinal flexion, all other responsibilities of your core. So the plank winds up being a very, very limited move if used in a vacuum.”

One way to work more of your core muscles is the side plank, which targets the obliques (an important and oft-overlooked muscle group).

“The starting point for all oblique exercises should be the side plank,” says trainer Charlee Atkins C.S.C.S. “And if you can’t hold a side plank on your feet, shorten the lever and take it to your knees. Why is this important? Our cores should limit the amount of motion we allow for the torso to bend sideways.”

Alternatively, to up the ante in your core workout, you can try plank progressions, which burn your abs by bringing additional levels of difficulty to the basic move.

Related posts:
04/15/2020 Fitness Comments Off on What Planking Every Day for a Month Did to This Guy’s Body
Diets News