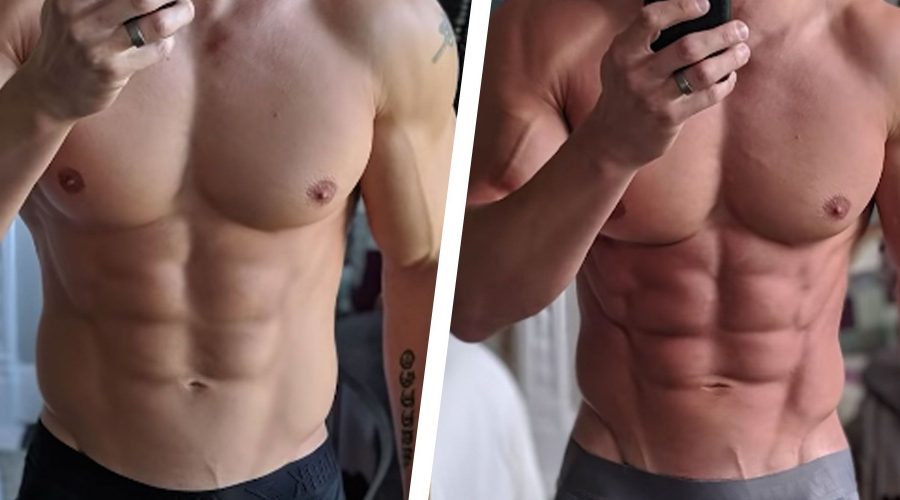 In each of his videos, YouTuber MattDoesFitness tries diets and workouts that push him to his limit and out of his comfort zone, be it taking on the Navy Seals fitness test without any prior training, or learning how to pole dance. During one of his recent Army fitness test videos, he found himself struggling to complete the situp portion of the challenge, and so his latest video focuses entirely on this move.

Knowing he’ll never be able to do 100 consecutive reps without a rest period (he managed about 30 during the Army fitness test), Matt starts the challenge by simply doing as many reps as he can to a set, resting, then starting again until he hits 100. In order to maximize his recovery time, he does the situps at the same time each day, giving himself 24 hours between workouts, and uses furniture (or family members!) to hold his feet down.

On the first day of the month-long challenge, he does situps until exhaustion and manages 44 before needing to rest, completing the 100 in three sets. By the end of the month, he is able to complete 68 situps without stopping, getting to 100 in just two sets with a rest in between.

While Matt is already in great shape at the start of the month, admitting that “it was never gonna be a crazy transformation,” there is a visible difference at the end of the 30 days: His abs are noticeably shredded, and his six-pack looks more defined when relaxed.

What stands out more, though, is what Matt has learned at the end of the experience. For one, he is able to return to doing hanging leg raises and ab crunches with zero difficulty and no drop in performance, having done none for the month. But something else he realized is that situps can only take you so far when training your abs.

“It’s not sustainable, it’s not consistent, it’s not realistic,” he says. “Initially, for that first few weeks or month or however long you can sustain it for, you’re going to make progress… If you manage to ride that out and keep going, your body is going to adapt to that stimulus, to doing situps every day, and that’s going to become your baseline. So then if you’re injured, busy, or ill, and you miss you situps for a few days or a week, you are going to regress very quickly, you’re going to lose all your gains very quickly, and it’s gonna suck.”

In Matt’s opinion, situps are great for beginners, but aren’t a great long-term exercise for ab training. “Once you get good at them, you need to start expanding into resistance exercises,” he says.

Related posts:
10/24/2019 Fitness Comments Off on What This Bodybuilder Learned by Doing 100 Situps Every Day for a Month
Diets News