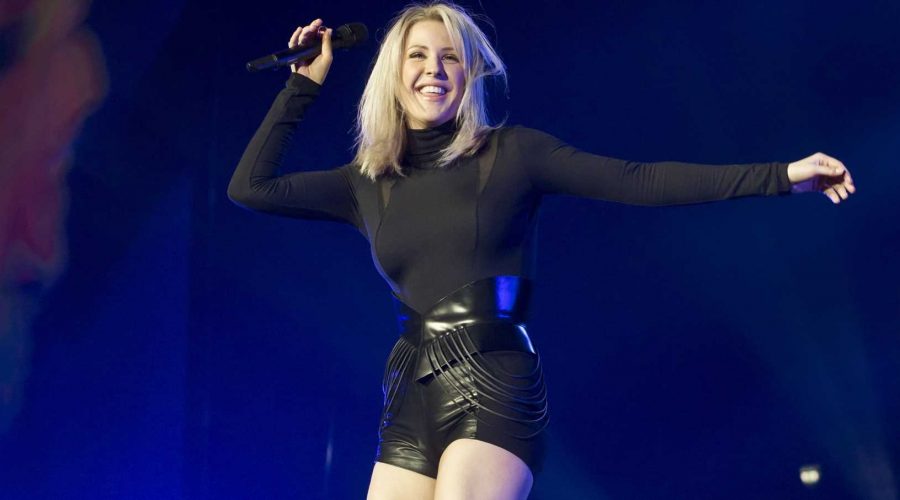 Completing the #handstandchallenge in seconds to your own damn song? Now that’s some next-level bragging. Singer Ellie Goulding recently took on the #handstandchallenge that’s been taking over social media — and she did it to her recently released track with blackbear titled “Worry About Me.” In fact, Goulding completed the viral challenge during only the chorus of the song, successfully putting on a T-shirt while in a full handstand.

“Errrr not as easy as it looks,” Goulding captioned the clip, sharing it with her 14.5 million Instagram followers. Yeah right, as if this looked easy at all.

The #handstandchallenge has been taking over social media since early April, becoming especially viral on TikTok. Actors Tom Holland and Jake Gyllenhaal have been credited for introducing the odd fitness test to the masses. Let’s face it, we are all looking for something time consuming to do during quarantine. This tough challenge hits the spot and occupies quite a bit of time to get right.

As is the nature of viral challenges, Goulding dared her followers to try the #handstandchallenge for themselves. But the singer rebranded the challenge, calling it the #wamchallenge after her song. The only rules to participate in the #wamchallenge, according to Goulding, is to play “Worry About Me” in the background and include bloopers. Well, that’s a golden song marketing tactic if I’ve ever seen one.

Marketing aside, you’ll certainly be impressed by Goulding’s strength and balance. Maybe you’ll even be inspired to try the #handstandchallenge—I mean, the #wamchallenge—for yourself.