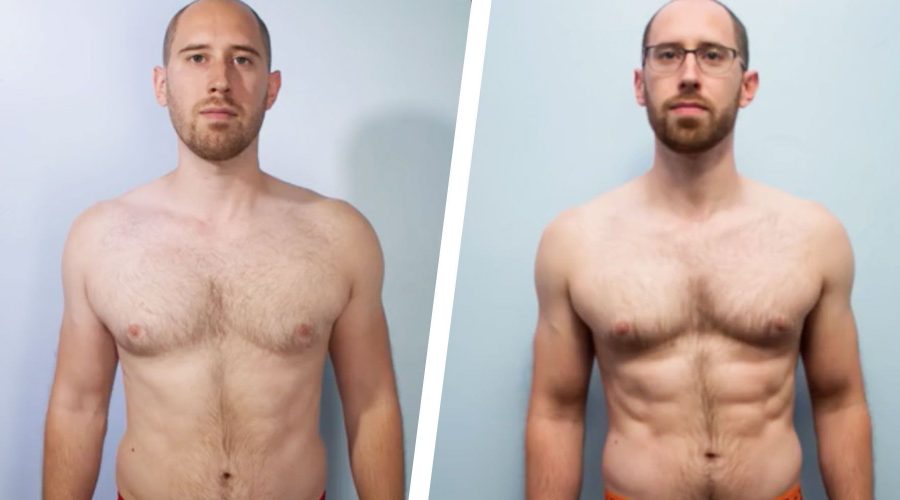 Getting a defined six-pack takes a lot of dedication and sweat; even more so when you do it in just six weeks. Brendan Jones, who runs the YouTube channel Goal Guys with his brother Cam, was feeling down after falling behind on his fitness. He decided to challenge himself to get back in shape, with a six-pack as the final goal.

“Eight months ago I was in the best shape of my life,” he says. “However, since then I’ve gotten pudgey, so I’m putting myself on a new regimen. I want to get rid of my chubby gut and see if I can get shredded six-pack abs in six weeks.”

Brendan is well aware of the old adage that abs are made in the kitchen. “If there is one thing I’ve learned doing this challenge, it is that diet, diet, diet is the absolute most important part of any muscle building regimen,” he says. In order to burn fat at the same time as building muscle, this is the diet he adopted for the six weeks:

The diet hits a bump in the road in week two, however, when Brendan finds that he’s not consuming enough calories, and is losing weight faster than he is able to build muscle — so he makes a slightly unconventional change to his otherwise strict routine, including a daily trip to Chipotle after work.

He starts out with 30 minutes of cardio every day, with no exceptions, and builds the rest of his week from there, adding abs training three days a week, then three additional days of weight training. With each week, Brendan dedicates additional time to working his abs, and incorporates more weights into his workout. At the end of it, he’s lost seven pounds and trimmed almost a full inch off his waistline, with visible increased definition in his abdominals.

“Your abs are just so strong that you have to push them to the point of absolute exhaustion every workout if you want to see real progress, so this has been a grueling six weeks for me,” he says, “but I’m so glad I’ve gotten through it, I’m really happy with my progress, and this time I’m going to work so much harder not to lose the gains I’ve made.”

Related posts:
10/10/2019 Fitness Comments Off on Watch a Guy Get Ripped Abs in This Six-Week Transformation Video
Diets News