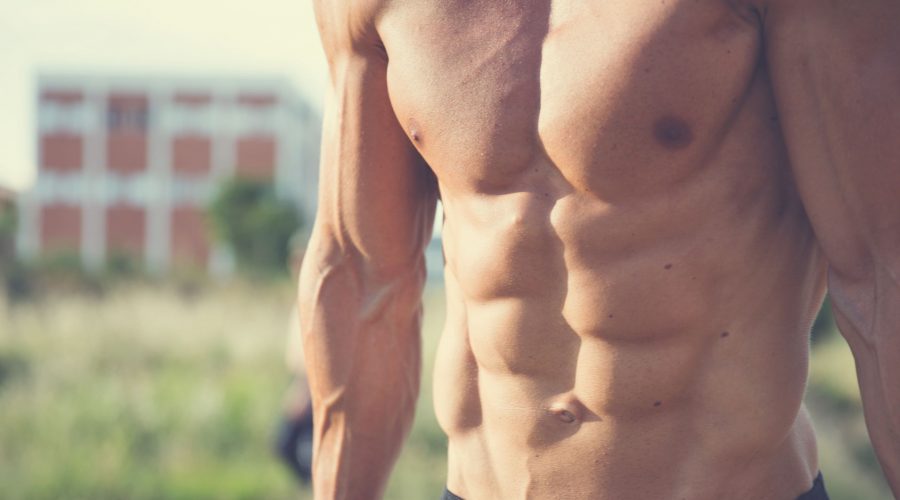 Everybody’s fitness journey is different, but it’s always good to share tips and insights with other people—especially when it helps bust workout myths. A recent thread on Reddit prompted men to get honest about how they (at least claim to have) attained six-pack abs, and what is and isn’t productive, with a number of commenters concluding that, at the end of the day, it’s ”mostly diet and genes.”

High-protein, low-carb diets, combined with plenty of cardio, proved a popular formula on the thread, as did abstaining from booze. One post claimed that “The fat covering your abs really melts after cutting out alcohol,” to which somebody replied: “The closest I came to a six pack was when I quit drinking. After about a month, I’d be able to tell the difference in the mirror after having two beers the night before.”

A lot of guys said that they had noticed a change after they started tracking their meals in a personal fitness app. However, abs are built in the kitchen and the gym. “Obviously diet is a huge component to getting abs, but you won’t have abs if you’re not training them properly,” reads one comment. “It’s about the intensity of your workout, not the length. I’ve had 10 minute workouts that felt like absolute hell while hour long workouts would feel like a chore.”

Others agreed that shorter, intensive ab bursts can be both more useful and enjoyable than longer, drawn out workouts. “I’ve always preferred 20-30 minute workouts to hour long f*** around sessions,” said one guy, with another adding: “10-15 minutes for abs is plenty… Over training on abs isn’t going to be productive, you’re just going to waste time.”

For beginners who aren’t quite sure where to start with their six-pack routine, Men’s Health fitness director Ebenezer Samuel, C.S.C.S., recommends a simplified version of the Turkish getup maneuver.

“If there’s one core move I’d love to get everyone doing, from beginners to advanced folks, it’s this one,” he says. “It’s a powerful enough move to spark growth and development in the rectus abdominus (your actual six-pack muscles). Instead of merely isolating that and creating an opportunity to grow imbalanced, you finish with a potent glute squeeze.” Check out the full workout here.

Related posts:
04/14/2019 Fitness Comments Off on Hundreds of Men With Six-Pack Abs Are Sharing What it Took to Get So Ripped
Diets News