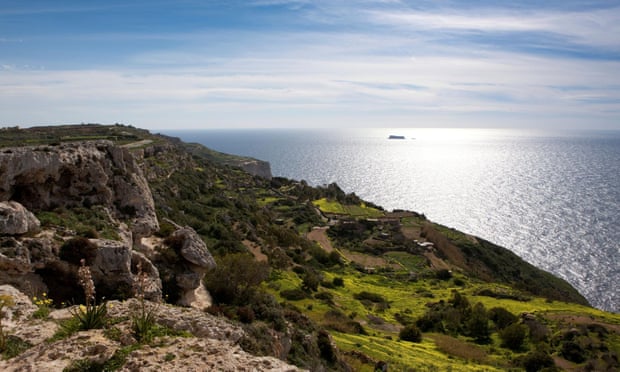 I’m cycling along the coast of Malta, where turquoise seas meet cloudless blue skies , and all I’m thinking is: “Don’t fall off, don’t fall off.” I’m not new to cycling, but I am very new to mountain bike racing. Yet here I am taking part in Xterra Malta, an off-road event that has been described as one part triathlon, one part mountain bike race and one part “survival of the fittest”.

The venue is the spectacular Majjistral Park in the north of the island, where the race begins with a sea swim from the sandy beach of Golden Bay. The bike and run trails go through a pristine natural reserve and include spectacular clifftop views. And right now, I’m not taking in any of them. I’m too busy looking about 50cm in front of me, gripping my handlebars and trying desperately not to fall off.

Malta is the opening race in Xterra’s European off-road triathlon series, a series that covers 12 countries and includes a UK race in Surrey, which doubles as the European championships. The series ends with the world championships in Maui, Hawaii, where winners from the amateur races can compete alongside the professionals.

Malta seems the perfect place to open the season – with its Mediterranean setting and sunny climate, it is a welcome change from slogging through training in the British winter. The tiny island boasts a whopping 300 days of sun a year, and more churches than days of the year (366 to be precise). The British have a long historical connection with Malta – the country became part of the British empire in 1800 – and Brits still make up the majority of the tourists.

Much more importantly for today, the landscape is perfect for mountain biking, as well as hiking, climbing and diving. The day before the race, I managed a whistle-stop tour of the capital Valletta, with its Caravaggios in the cathedral, and the ancient walled city of Mdina, where I got a good view out on to the terrain I would be racing on. 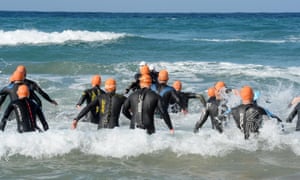 Race day dawns and I feel ready to go, having fuelled up on Maltese food, including rabbit and fish soup. Normally spring in Malta is in full flow by this time of year, but in the days prior to the race, a storm with a force seven wind had been battering the coast, so the sea is choppy and the ground wet and muddy. But the sun is shining now, despite the waves battering the beach, and we head out for the swim. I attempt to dive under the waves like the pros, with mixed results. I can’t really see where I am going but I plough on, being thrown around by the swell. To be honest, I am happy for this part to go on as long as possible, just to avoid having to get on my bike.

I’d chatted to as many of my fellow competitors as possible about the bike part, and they all informed me it is a “very technical bike course”, and look askance when I say I really don’t mountain bike. I have competed in several road triathlons, but only ever so much as climbed on a mountain bike a couple of times in my life. 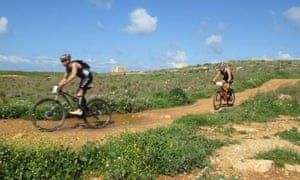 The course is indeed very technical, and I spend a fair portion of it on my feet rather than on the bike, lacking the skills to traverse over the rocky parts and the guts to fly down the extremely scary downhills. There is a breather as we head briefly on to the comfort of tarmac, giving me just a moment to check my head is still intact and my teeth haven’t rattled out, before a pleasant section through the forest. The final section is flat but rocky and I can’t seem to make much progress – I realise I’m faster running with my bike than attempting to cycle.

I have never been so pleased to be off my bike and running, albeit soon scrambling uphill with plenty of mud thrown in. The run is stunning and offers plenty of glimpses of beautiful scenery as we head up along the cliffs, past idyllic beaches and small coves. I’m amazed that my legs feel good despite what they have just been through; it helps that I am thoroughly enjoying myself.

How did I do? Having sensibly opted for the sprint distance (750m swim/15km bike/5.5km run) rather than the full distance (1500m swim/30km bike/11km run), I was the only woman in my race, so I came first, or last, depending on your perspective. At any rate, the main thing is that I didn’t fall off – not bad for a first effort.

XTERRA is offering Guardian readers 10% off entry into the August race in Surrey; enter the code xtclub14. Joanna’s flights were provided by Air Malta and her accommodation was provided by the Radisson Blu, Golden Sands.

Related posts:
09/30/2018 Fitness Comments Off on Off the beaten track in Malta: my first mountain bike triathlon
Diets News