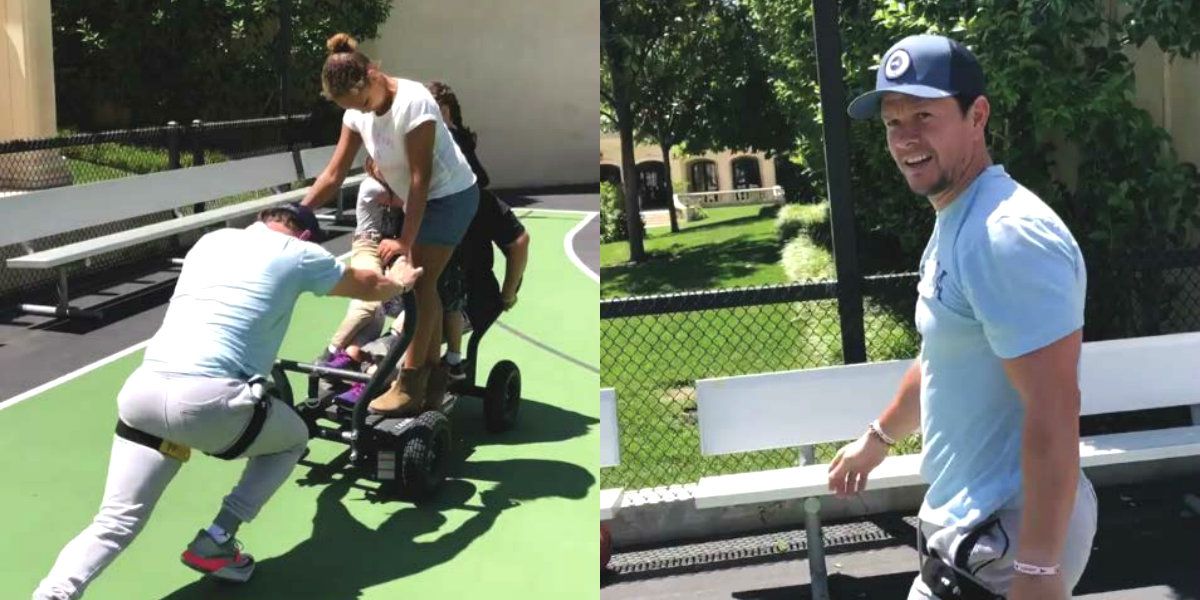 Cellar is about to close, and gym is about to open for two-a-days. New training for upcoming movie. Big weekend at @wahlburgers on Sunset, West Hollywood.

Cellar is about to close, and gym is about to open for two-a-days. New training for upcoming movie. Big weekend at @wahlburgers on Sunset, West Hollywood.

Mark Wahlberg is kicking his workouts up a notch.

In an Instagram video from over the weekend, the former Men’s Health cover guy grunts as he performs a sled push across a basketball court — the sled weighted with what appears to be one adult and three kids. (Click here to learn the right way to push a weighted sled.)

“Cellar is about to close, and gym is about to open for two-a-days,” the actor wrote. (Is he referring to a wine cellar? We know what cutting out alcohol can do for your body.) “New training for upcoming movie. Big weekend at @wahlburgers on Sunset, West Hollywood.”

Some commenters suspected Wahlberg’s “upcoming movie” was The Six Billion Dollar Man, a science fiction action movie set to be released on May 31, 2019, according to Variety. It’s based on the ’70s TV series The Six Million Dollar Man, which followed a former astronaut — Colonel Steve Austin — who got some high-tech implants and became a superhuman cyborg with unparalleled strength and speed.

Sounds like the kind of role that demands some serious fitness. Not that Wahlberg isn’t fit already — just a few weeks ago, the actor preeeetty much used LeBron James’ move to the LA Lakers as an excuse to show off his fit upper body. Real subtle, buddy.

Related posts:
07/23/2018 Fitness Comments Off on Mark Wahlberg's Workouts Are About to Get a Whole Lot More Intense
Diets News