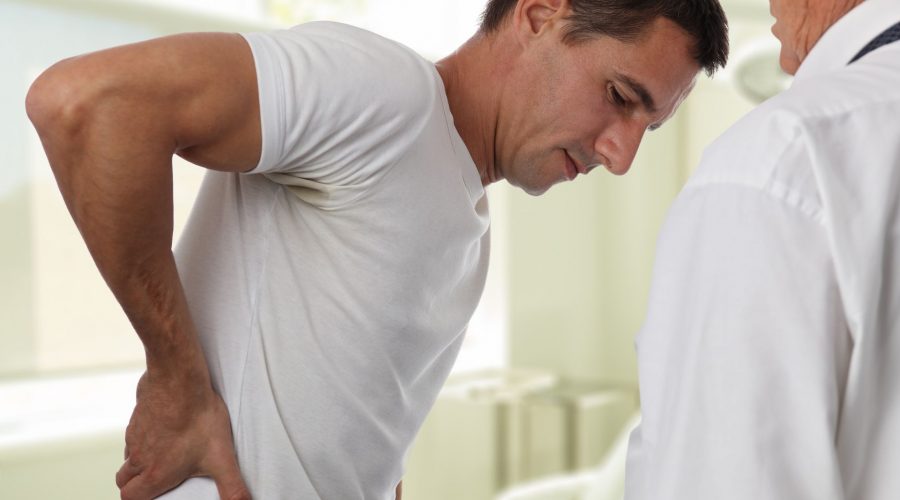 Nothing pisses off a back pain sufferer more than hearing someone say, “It’s all in your head.” But that’s basically what Seattle spine surgeon David Hanscom, M.D., has told more than 600 of his patients. And after three to six months on his plan—without any prescription medication or even exercise or weight loss—95 percent of them, he says, have seen significant relief.

How? Although most people experience lower-back pain at some point in their life, doctors often can’t find the cause. They might prescribe painkillers or schedule surgeries with potential side effects, says Dr. Hanscom. Take the case of Golden State Warriors head coach Steve Kerr. After back surgery, Kerr developed a new problem: leaking spinal fluid, which can cause headaches, nausea, hearing impairment, and more.

Even “successful” operations to correct anatomical issues don’t always end pain. The reason? “Back pain begins as a muscular problem but gets embedded as a neurological problem,” Dr. Hanscom says. Pain is transmitted via nerves, and “those that fire together wire together,” he says. You actually become more sensitive to pain anywhere.

What’s more, Northwestern University researchers studying MRI scans of people with achy backs found that brain activity related to pain switched from the brain’s pain-processing center to its emotional centers. Just as stress, anxiety, anger, or depression can trigger a headache, it can also provoke a flare-up of back pain. “You feel the same pain, but a different neuronal driver is running the show,” says Dr. Hanscom.

Your Nine-Point Plan to Relieve Back Pain 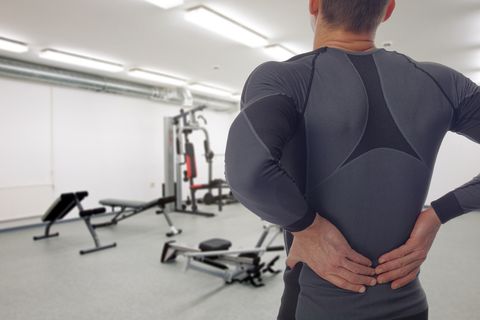 It wasn’t until Dr. Hanscom studied the neurobiology of chronic pain that he was able to end his own 20-year struggle with it. His “Direct Your Own Care” program takes a mind-body approach and is detailed in his book Back in Control. To beat pain, he says, you have to improve your body chemistry. Start here.

Four Ways You’re Screwing Up Your Back

Follow our advice so you don’t set yourself up for serious pain. 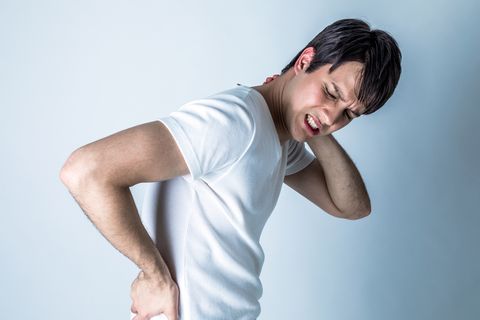 If you’re desk bound five out of seven days, “the muscles that serve as a scaffolding for your spine won’t have the endurance to protect you,” says Alice Chen, M.D., a physiatrist with the Hospital for SpecialSurgery. Help them out with the exercises below.

Extra Pounds on Your Belly

Excess fat stresses your lower back, often a counterweight to your belly, says Dr. Chen. Fat in the spine can also compress nerves in the spinal canal. Get strong: In a Harvard study, men who strength-trained 20 minutes a day gained less gut than guys who did cardio.

Mixing Deadlifts and Down Dogs

Vertebral discs are made of collagen. When you bend with yoga, the collagen softens to adapt, says Stuart McGill, Ph.D., the author of Back Mechanic. When you lift heavy weights, the collagen stiffens. Mixing the two training styles often leads to back problems.

Alcohol curbs healing, limits bloodflow to discs, and can irritate spine-supporting muscles, causing pain, Dr. Chen says. Back pain? Limit drinks to two a day. If you have degenerative disc disease or a herniated disc, heavy drinking may hinder your recovery.

To start every workout, complete 3 sets of 6, 4, and then 2 reps of each exercise, resting 20 seconds between sets, says McGill. 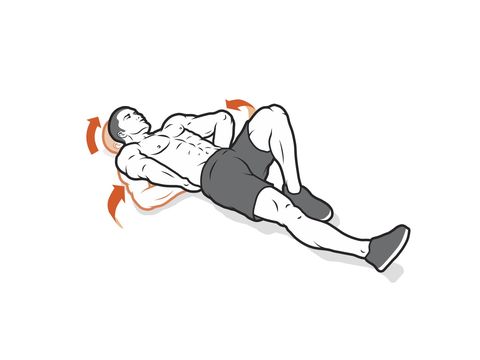 This helps your abs support your back. Lie on your back with a knee bent, your foot flat on the floor. Slide both hands under your lower back and raise your elbows slightly. Brace your core with your spine neutral. Squeeze your abs to raise your head and shoulders 1 to 2 inches. Hold 10 seconds; return to the start. That’s 1 rep. 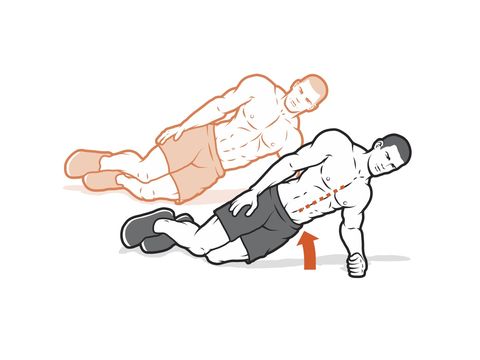 This move stabilizes your spine. Lie on your left side, legs stacked, supporting yourself on your left elbow/hip/knee. Your hips should be hinged and behind the rest of your torso. From here, press your hips up and forward until your body is aligned from head to knees. Hold for 10 seconds and return to the start. That’s 1 rep. 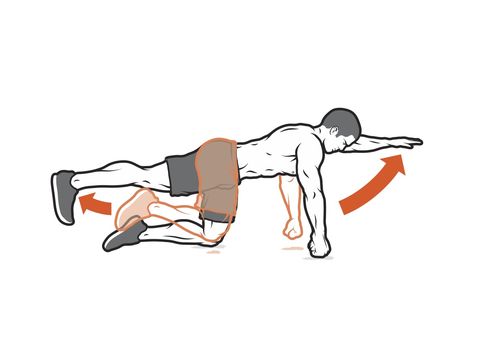 For a strong back and hips, do this: Kneel with your knees hip-width apart and hands beneath your shoulders. Make fists. Hollow your lower back slightly and brace your core. Lift and extend one arm and the opposite leg so they’re parallel to the floor. Hold 10seconds; return to the start. Repeat on the other side. That’s 1 rep.

Related posts:
07/10/2019 Fitness Comments Off on How to Solve Back Pain Without Surgery
Diets News