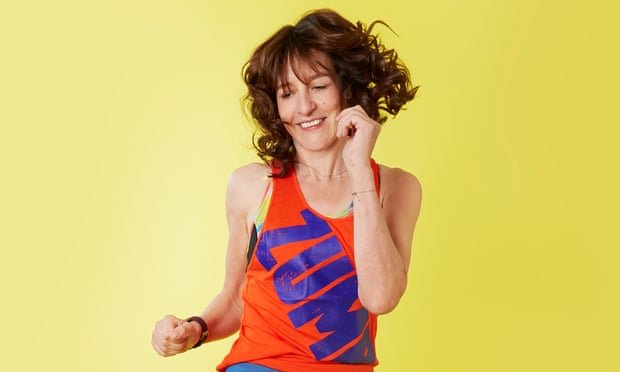 My sister is a big Zumba fan: the way she tells it, the instructors are all really hot. There’s one who looks exactly like Benicio del Toro in the Usual Suspects, and his classes are so full that on a Friday night all the bars are empty because everyone’s in a municipal gym trying to twerk. Every instructor has a favourite musical bent, either salsa, soca (soul of calypso), Latin or dancehall wine, and all are equally good in their own unique fashions. One of the women in her class recruited her to Momentum. I couldn’t recreate a scene like this in my own postcode; but nor could I turn up at her Zumba class. For some reason relational intimacy doesn’t belong in a fitness environment. It would be like the time my friend met his brother in an underwear-only bar.

So let’s just accept that hers (trendy south-east London) was cool and mine (not trendy south London) wasn’t (there is nothing to stop you going to hers). I would still recommend this activity.

There is major two-streaming in the fitness economy: fashionable classes will skin you alive, hot yoga and reformer pilates happily relieving you of £20 for an hour, which I balk at even when I’m not paying; meanwhile, age-old activities such as pump, step and Zumba are still a much more reasonable seven or eight quid. Plus, novelty is all very well, but you can’t beat an activity that really knows what it’s doing: the pace of Zumba, its crescendoes of effort, is expertly pitched. You get sucked into physical exertion by the irresistible vortex of your own enthusiasm, rather than the exhortations of a lady yelling at you through a headset.

The footwork isn’t hugely complicated, but a natural twerker is born not made: some of us could live a lifetime and not get any good at it. There’s always a topnote of competition in a class environment, but there is a bold-faced mutual appraisal in Zumba based pretty much entirely on who is best at shaking that ass. Never has anything so closely resembled the function of the squat thrust, while being so much more fun. The day after, everything hurts roughly as much as if I’d ridden a horse across a beach, when I didn’t know how to ride and the horse was going too fast.

If you measure fitness benefits by how much time you spend out of breath, it’s about the same as aerobics, less tiring than step, not as painful as spin and more demanding than the music video backing dancer classes I got into at the start of the year (where there was a fair amount of standing around, puzzling over moves).

Even though I was as foxed by the routines as I am the first 20 times I do anything, the sheer easy grace of the old hands suggests to me that it’s like riding a bike. While it feels quite fun in a diffuse, riotous way, it has actually resolved itself into a fitness discipline: you won’t wake up with one tricep aching and not the other, put it that way.

It’s not a new sport and nor is it an extreme one. But I’m arriving at the view that “new” and “extreme” are where the trouble starts.

Give it a go

Go to zumba.com to find a class near you, on almost every day of the week.