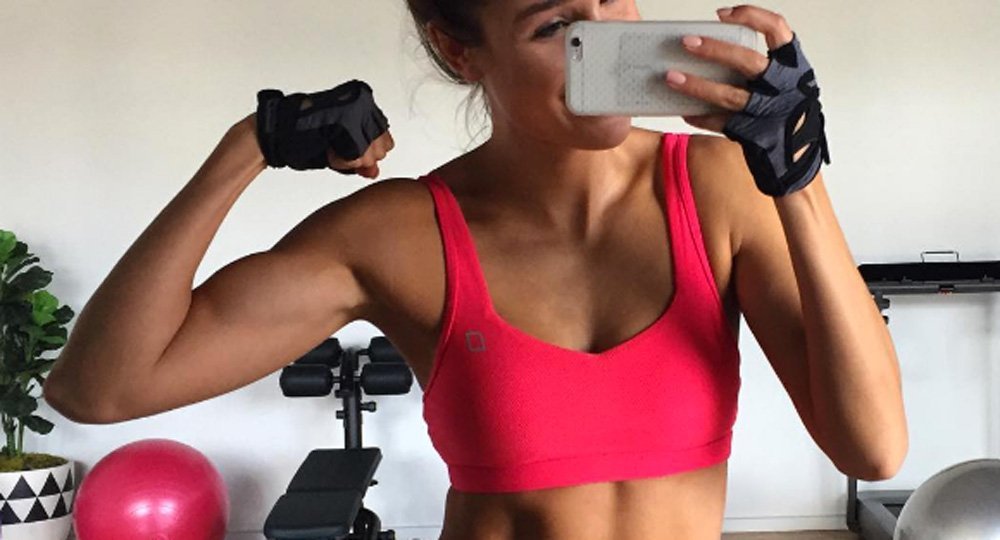 Been trying to sculpt sleek arm muscles for months with no results? Don’t throw in the towel just yet. We asked top trainers to name the most common mistakes people make when toning those triceps and biceps. Whether you’re neglecting your shoulders or just lifting the wrong size weights, here’s what you’ll want to avoid to see some REAL progress.

You're Doing Too Many Isolated Movements

Let’s get one thing straight: Pumping out 100 triceps extensions with 2kg weights won’t get rid of unwanted arm fat—nor will it make you any stronger. “No amount of weight and no number of reps of tricep extensions will get rid of flabby underarms,” says Heidi Powell, co-host of Extreme Weight Loss. Even if you go for heavier weights, lifting won’t necessarily make your arm look slimmer (more on what will help later). “You’re just expanding the muscle, not burning the fat in that region,” says Powell. (Get summer ready with a full training plan in Women’s Health Summer Body Training Guide.)

So what’s a girl to do? Lauren Williams says multi-joint exercises like pushups, pullups and upright rows are more effective than exercises meant to target only one isolated area. Compound movements like these fire up your back and shoulder muscles first, and automatically loop in the biceps and triceps muscles while you’re at it.

You're Working Too Hard

When it comes to your workouts, Williams says trying to power through exercises that are too advanced is detrimental to your progress. “You’re not able to work through the whole range of motion of the exercise,” she explains.

Take a pushup, for example. If you’re unable to do a full pushup on your toes, lowering your chest all the way down to the floor while keeping your body in a straight line (don’t let those hips sag!), then you need to focus on mastering an easier variation first.

“Focus on the full range of motion so you can get higher reps and see more improvement in muscle tone and strength,” says Williams. “If you need to regress the movement, do that.” So for a pushup, Williams says you can start doing them against a wall or a bench, and after you are able to complete three sets of 10 full pushups, start moving to the ground. A combination of the full-blown movement and a regressed one (like three full pushups and 12 bench ones) will help ease the transition.

You're Only Working Your Upper Body

If you can get more of a total-body workout in the same amount of time and increase your calorie burn, the real question is why wouldn’t you? Jillian Michaels, celebrity fitness expert and creator of FitFusion, says she often sees people do upper-body or lower-body work alone when they should really be combined. “Combo moves increase calorie burn and make workouts more efficient,” she says. “Do lunges with your biceps curls, or squats with an overhead press. This will burn a hell of a lot more calories than straight curls or presses.” They’ll also help get your heart rate up and rev that metabolism, meaning you’ll continue to burn calories after you hit the showers.

Gone are the days of picking up tiny weights because you’re afraid of “bulking up.” By now, we know that just isn’t going to happen unless you work really hard to do so; ladies simply don’t have enough testosterone. “If you want definition, you need to train with a weight that actually stimulates your muscles and produces a training effect,” says Holly Rilinger, NIKE master trainer. “If you’re choosing a weight where you can do 100 reps—or even 20-plus reps—you simply aren’t doing anything.”

Here’s how to know enough is enough: When performing an exercise, Rilinger says to aim for 8 to 12 reps, and to be able to do that three to five times. “The last two reps in each set should be extremely difficult to finish without losing your form,” she explains. If it’s not—hooray!—you’ve beasted that weight and are ready for more.

Take a look in the mirror for a quick eval: Are your shoulders hunched forward or arched up by your ears? Williams says she often sees a lack of awareness or control over the scapula—a.k.a. shoulder—movements. “People are often hunching over in planks, pushups, and lat pulldowns instead of having a neutral spine,” she says. To counteract that, be sure to check in throughout your movement and make sure your chest and shoulders are open. And don’t be afraid to shrug the shoulders down and roll them back every few exhales to make sure your form is on point.

Be sure to check in on your overall form, too. “I know it seems obvious, but I can’t tell you how often I see people tossing weight around improperly in ways that compromise results and risk injury,” says Michaels. A common offender: arching your back during bicep curls. If this is necessary, Michaels says your weight is too heavy. Once you’ve got the right resistance, “tuck your tailbone, pull your belly button in, and engage your core,” says Michaels. “And don’t bring your elbows in front of your rib cage—that engages your anterior delts, not your biceps.” Noted.

Your Diet Isn't Dialed In

You’ve been killin’ it with the pushups day in and out, but you’re not seeing any improvements in the mirror. What gives? Probably what you’re digging into in the kitchen. “If you want definition, your body fat composition has to be low enough that you can see the muscles in your arms,” says Rilinger. “If you’re building muscle but eating poorly, you’ll still get stronger, but not more defined.”

In other words, keep an eye on your eats. Protein is the building block of muscledevelopment, says Rilinger, so make sure you squeeze it in at each meal, and definitely aim to eat some within 30 minutes of your sweat sesh. That’s when your bod is primed for nutrient absorption. Plus, protein helps rebuild the muscle fibers that are torn during a workout. Otherwise, focus on lots of veggies, don’t shy away from , and try to minimize the amount of processed foods and sugar you take in.

You've Forgotten About Your Shoulders And Back

When was the last time you worked out your shoulders and back? “Often times we get so fixated with the old-school bodybuilding mentality that we need to do bicep curls for upper-body day. But we’re neglecting the most important muscle groups that actually help create the appearance of a slim and sculpted arm,” says Powell.

Instead of those curls, try some of Powell’s favourite compound shoulder and back lifts: lat pulldowns, pullups, shoulder presses, and dips. Tempted to skip out? Remember this: “The nicer the shoulder boulder, the slimmer the arm appears,” says Powell. “And I’ll bet you’ve never seen a woman with nice shoulders that didn’t have amazing arms as well.”

Related posts:
06/29/2018 Fitness Comments Off on 7 Reasons Arms Aren't Changing How Much You Work Out
Diets News