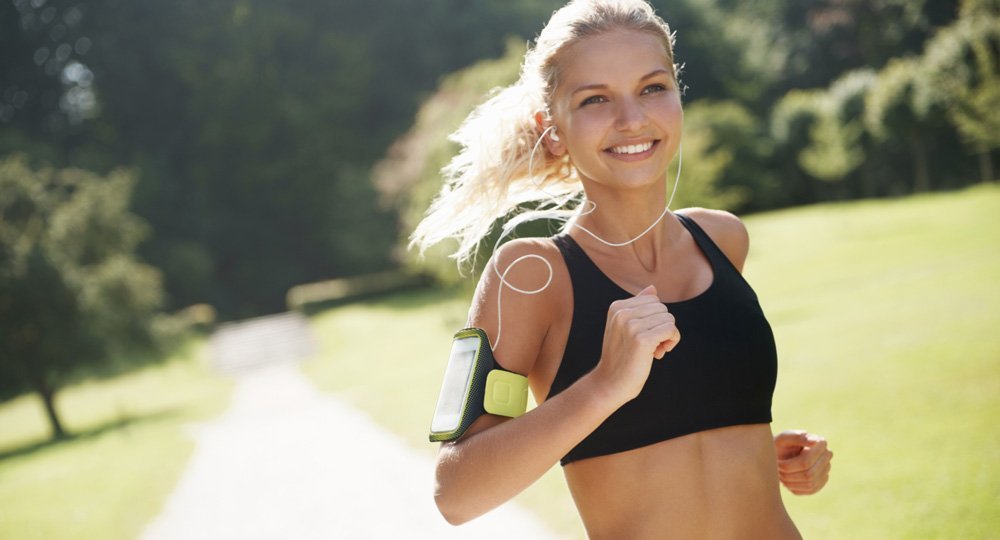 You just went for a run. How many calories did you blast? Chances are, your guess outpaces reality—to the tune of, say, an iced coffee. Overestimating calorie burn is the most common weight-loss mistake runners make, says Lisa Ellis, a nutritionist in Westchester, New York. But it’s not the only misstep. Sneaky slipups can derail the weight-loss efforts of even health-savvy runners. Here’s how to avoid eight common mistakes.

It’s true that running eats up more calories than nearly any other activity: The average man burns 518 kilojoule per 1.6km, and the average woman burns 440, which means a three-miler nets you a 1300- to 1556-kilojoules deficit. But you can easily overspend your calorie deficit with something as simple as a flavoured latte and a chocolate-chip cookie.

Fix it: Get a better estimate of your calorie burn with an online calculator, like this one, or with a GPS watch that allows you to input your height, weight, and other stats. If you’re prone to overindulging postrun, avoid blowing your calorie deficit by finding a couple “reward” foods with easily controllable portions, like bite-size cookies or single-serving chips.

You're Skimping On Fat

Feeling virtuous with your dry toast, naked salads, and splash of watery skim milk in your coffee? Not so fast. Your body needs fat to absorb vitamins like A, D, E, and K, as well as to regulate hunger; fats are digested more slowly than carbs and protein, keeping hunger at bay longer. It’s also believed that fat helps your body sense the appetite-regulating hormones ghrelin and leptin, says Ellis. A no-fat or very low-fat diet leaves those hormones out of whack.

Fix it: Fat should make up 20 to 30 percent of your daily calories. But avoid trans fats (in processed foods) and limit saturated fats (meat, dairy). Rely on mono- and polyunsaturated fats (olive oil, nuts, seeds, avocados, fish); these protect your heart and promote satiety. A recent study found that even the aroma of some fats, particularly olive oil, may prompt the release of satiety-inducing hormones.

You're Running On Empty

You may have heard this one: Hit the road without breakfast, and your body will burn fat. But it doesn’t work the way you’d hope. Rather than seeking out fat immediately, your muscles first use carbs that have been stored in your muscles as glycogen, says Rachel Berman. When those stored carbs run out and your body starts to burn fat, your energy plummets, forcing you to slow down and burn fewer calories than if you had properly fueled up.

Fix it: If you’re heading out for 30 minutes or less on an easy run, you can skip a pre-run snack since you probably have enough glycogen to power you. But if you run longer or harder, you should have a 418- to 850-kilojoules snack about an hour before your run. Choose carbs and a bit of protein, such as a banana with peanut butter, and drink water to hydrate.

You're Not Fueling Post-Run

After longer or tougher workouts, your muscles have gobbled up all the glycogen they needed, and now they’re hungry. Thing is, you might not be; many runners find their appetite is suppressed just after working out. “But later, when your body settles in and ‘realizes’ its glycogen stores are low, you’ll feel much hungrier,” says Berman, leaving you prone to inhaling everything in sight.

Fix it: Aim to refuel within an hour of tougher workouts to re-power your muscles and stave off hunger later. The American College of Sports Medicine recommends a 4-to-1 ratio of carbs to protein. Keep this snack to fewer than 850 kilojoules. With 669 kilojoules per cup, low-fat chocolate milk fits the bill nicely, providing the ideal mix of carbs and protein.

You're Overdosing on Running Gel

Addicted to mid-run refueling? You may be piling on more calories than you need by overdependence on energy bars, gels, drinks, and shakes. “Calories from mid-race fuels are dense, add up quickly, and usually don’t do much to suppress hunger,” says Berman.

Fix it: For runs shorter than 60 minutes, skip the gels and sports drinks; water is fine. Go longer, and you should consume 30 to 60 grams of carbs (one or two energy gels or 450 to 900ml of sports drink) per hour of exercise.

You're Drowning In Kilojoules

Calories in a cup count just as much as those on your plate, and alcohol is particularly sneaky. According to a 2012 report by the Centers for Disease Control, American adults consume an average of 418 kilojoules a day from alcohol. Add in sweetened beverages like coffee, tea, soda, and juice, and you could be overdoing it big-time. Studies show that, in general, liquid calories don’t contribute to satiety the way solids do. That means if you down 840 kilojoules at the bar, you won’t compensate by eating 840 fewer kilojoules at dinner.

Fix it: Most of the liquid you drink should be kilojoule-free, like water, and unsweetened tea. Remember that alcohol may trigger overeating as your inhibitions drop. “Moderate drinking means one a day for women, two for men,” says Berman. “Cut calories by choosing light beer, wine, or liquor mixed with soda. Avoid frozen drinks, which are high in sugar.”

You're Rushing Your Results

Blame overblown weight-loss expectations on celeb-endorsed juice cleanses or reality shows like The Biggest Loser. But trying to change everything at once or reaching for TV-ready results is often overwhelming enough to cause you to abandon your weight-loss plan, says Berman. If you are dropping a pound to two pounds per week, that’s a sustainable pace, she says.

Fix it: Make small changes, one at a time. Try to eat a healthy breakfast every day, for example. Swap out chips for an apple at lunch. It’s not sexy, but it works. Rather than zeroing in on the scale, reward yourself with a manicure or piece of gear as changes morph into habits.

It’s a physiological fact: Bigger bodies burn more calories, even at rest. That’s why the more you have to lose, the quicker you’ll see weight-loss results. But as you shed kilos, your body adjusts and, frustratingly, burns fewer calories (including while running). So what worked initially will need to be tweaked as you slim down.

Fix it: Every time you lose 10 to 15 percent of your weight, readjust your daily kilojoule intake, says Berman. Recalculate your exercise burn, too, since that also decreases as you slim down.