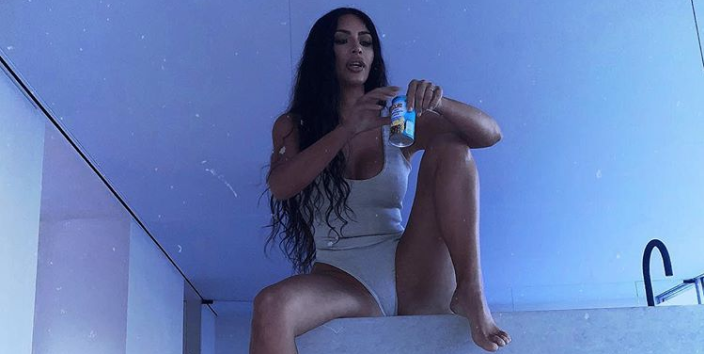 Google the benefits of pineapple juice ?

The Kardashians are known for doling out random health advice based on their own anecdotal evidence instead of actual science. Because no one wants to follow medical advice that doesn’t work — especially when it involves your vagina — Dr. Lauren Streicher, ob-gyn and author of Sex Rx: Hormones, Health, and Your Best Sex Ever review their claims:

1. Drink pineapple juice to smell delicious down there.

In the context of their televised vagina-smelling contest, Kourtney told her sisters she’d have to drink a lot of pineapple juice to win. “This pineapple thing comes up every five minutes,” says Dr. Streicher of the strategy. “People think it makes you smell and taste sweet and nice down there, but it’s one of those things that no one has ever studied.”

One thing experts do know: “It’s not normal to have unpleasant vaginal odor,” Dr. Streicher says. That’s because a foul smell or taste can signal a lost tampon, a bacterial infection, a change in P.H. levels, a yeast infection, or weak pelvic floor muscles that happen to have released urine. And all the pineapple juice in the world can’t fix any of that. (There’s no scientific evidence of any food that can help, according to Dr. Streicher.)

Doctor’s verdict: No. Just no.

I use vitamin E oil EVERY night. Read why you should too on my app!!! https://t.co/QZsFIDEWLz

Khloé wrote on her app that taking oral vitamin E supplements can strengthen the vaginal lining, but Dr. Streicher begs to differ — for one simple reason. “Lining can’t be strong or weak because it’s not a muscle,” she says. “I have no idea what this is based on other than science fiction.”

3. Moisturize your vagina with vitamin E.

In the same app post, Khloé suggest applying vitamin E topically to the vagina to moisturize. While Dr. Streicher agrees that vitamin E can be safely used as a sexual lubricant, (“It’s a little bit slippery,” she concedes), it’s not your best option because it doesn’t last as long as most commercial lubes. And because it doesn’t help you get to the bottom of vaginal dryness, it won’t be the magic potion that alleviates it in the long run. “Young women with vaginal dryness and irritation need to find out why to make it go away,” says Dr. Streicher, who adds that oral contraceptives can sometimes be the culprit. And you can bet she’s won’t refer you to Dr. Kardashian to discuss alternative methods of birth control.

Doctor’s verdict: Save your money and spend it on commercial lube.

4. Apply vitamin E to the labia to soothe irritation.

This third golden nugget of advice also comes from Khloé’s app. While the term she uses (“irritation”) is vague, Dr. Streicher says applying vitamin E can temporarily soothe general discomfort just as well as any other solvent that’s wet and cool. The catch: It won’t help you I.D. and eliminate the irritant, which can be a product like laundry detergent, or a condition like bacterial vaginosis or a yeast infection.

5. Use Ben Wa balls to make your vagina tighter than ever.

So Khloé doesn’t actually recommend these bad boys, but she did try them once on KWTK. And while Ben Wa balls (marble-sized balls used to strengthen the pelvic floor muscles) can theoretically be effective at strengthening the pelvic floor muscles, they only work if you squeeze correctly, according to Dr. Streicher, who adds that many women fail to do so. Despite the fact that Ben Wa balls have been been around for centuries, there’s no scientific evidence of their effectiveness. It’s why Dr. Streicher recommends pelvic floor physical therapy or a vetted tool to guide you through therapy on your own, like Pericoach, Elvie, or Apex — but only for who need help holding urine in because of issues holding urine in or discomfort during sex. “The notion that you have to tighten your vagina in the first place is problematic,” she says.

6. Get a laser treatment to restore your vagina after childbirth.

On Kocktails With Khloé, Khloé said her sisters swore by this tactic after giving birth. And yes, there is a medical laser called the Mona Lisa Laser that is specifically designed to restore moisture and elasticity to the vagina. But – and there’s a big one — because the laser it’s only designed for women who suffer from vaginal dryness after menopause, chemotherapy, or surgery, the laser only reaches the vaginal lining, not the pelvic floor muscles that contribute to vaginal tightness. So will it tighten the vagina of a normal, healthy woman, you ask? “Absolutely not,” says Dr. Streicher, who has performed three Mona Lisa procedures in one day.

Doctor’s verdict: “The only thing it will do is empty your pocketbook by around $3,000,” Dr. Streicher says.

Related posts:
07/09/2018 Fitness Comments Off on 6 Kardashian Vagina Tips That You Should Never Follow
Diets News