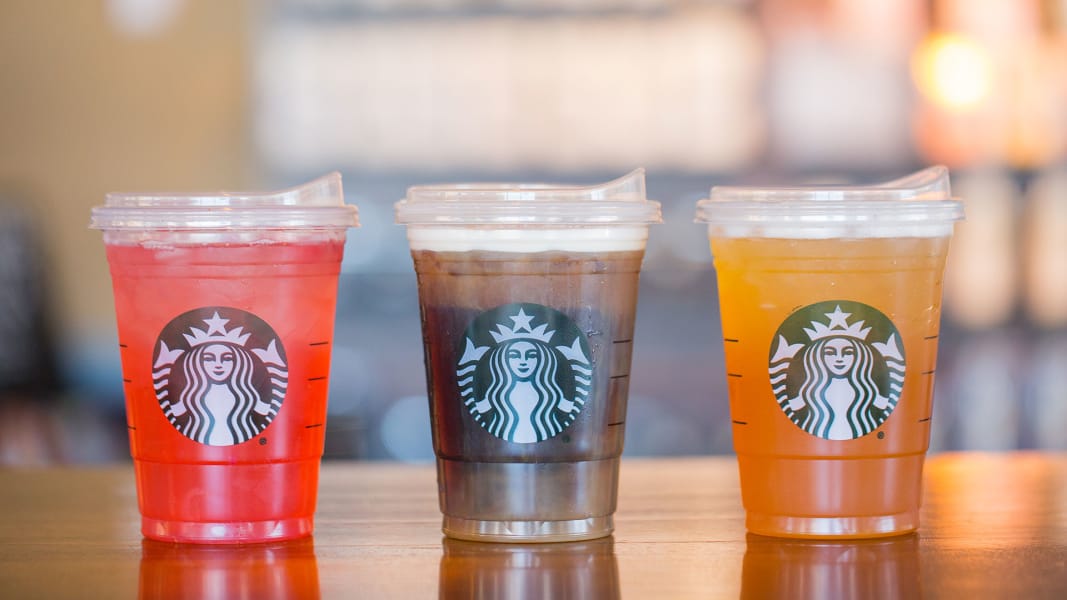 We’re sure you’ve heard: Americans use 500 million drinking straws every day. To give you an idea, this is enough to circle the Earth twice — or fill 125 school buses. And because disposable plastic straws aren’t recyclable, they tend to end up in landfills, oceans or the environment. It’s a massive, growing problem contributing to the 8 million tons of plastic dumped into the ocean every year — and Starbucks is taking action to help reduce its use of them.

Today, Starbucks announced it will eliminate single-use plastic straws globally from all 28,000 stores by 2020, replacing them with a new recyclable strawless lid as well as eco-friendly straw options. By doing so, Starbucks hopes to eliminate more than 1 billion plastic straws per year from its stores.

"Starbucks’ goal to eliminate plastic straws by 2020 from their stores globally represents the company’s forward thinking in tackling the material waste challenge in totality," says Erin Simon, director of sustainability research and development and material science at World Wildlife Fund, in a press release. "Plastic straws that end up in our oceans have a devastating effect on species. As we partner with Starbucks in waste reduction initiatives such as Next Gen Consortium Cup Challenge and WWF’s Cascading Materials Vision, we hope others will follow in their footsteps."

As part of its $10 million commitment to develop a recyclable and compostable cup solution, you’ll find the new strawless lid — or "adult sippy cups" — on all Starbucks’ iced coffee, tea and espresso drinks. The lid is already available in more than 8,000 stores in the U.S. and Canada.

For those who do want a straw, though, you can ask the barista for a recyclable straw, which is made with paper or compostable plastic. And don’t worry, all Frappuccinos will come equipped with one of these alternative-material straws.

"Starbucks decision to phase out single-use plastic straws is a shining example of the important role that companies can play in stemming the tide of ocean plastic. With eight million metric tons of plastic entering the ocean every year, we cannot afford to let industry sit on the sidelines, and we are grateful for Starbucks leadership in this space," says Nicholas Mallos, director of Ocean Conservancy’s Trash Free Seas program, in the press release.

If you’re in Seattle or Vancouver, the strawless lids will be implemented starting this fall. The rest of the stores in the U.S. and Canada will be next, in 2019; then, the global rollout will begin, starting in France, the Netherlands and the U.K. — where stores in the area have already implemented a 5 pence paper cup charge to promote reusability and will expand to 950 more stores later this month.

While Starbucks is the largest food and beverage retailer to make this a commitment, they aren’t the first. In June, McDonald’s announced it would start phasing out plastic straws at about 1,300 restaurants in the U.K. and Ireland. And the entire city of Seattle banned the use of plastic straws and utensils in bars and restaurants this month in an effort to reduce waste. This is the first major U.S. city to do so, and the city ban affects its 5,000 restaurants. Other major cities, including New York and San Francisco, are considering doing the same.

Starbucks is also introducing two new cold coffee drinks to menus in the U.S. and Canada.