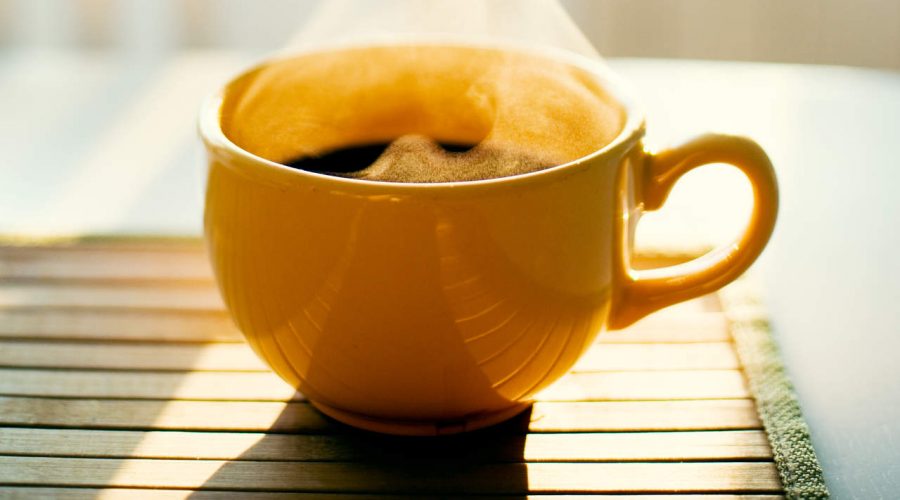 For coffee fans, the change of seasons often also brings a change in morning java habits. The days get shorter and the cups of coffee go from iced or cold brewed to steaming hot, and (just admit it) even pumpkin flavored. Both deliver your much-needed caffeine, of course, but a new study suggests that hot coffee might edge out the cold brewed variety in the health department.

In the new study, published in the journal Scientific Reports, researchers from Thomas Jefferson University in Philadelphia compared the acidity and antioxidant activity of hot and cold brew coffee. The good news for hot coffee? It showed higher levels of antioxidant activity. As a reminder, antioxidants are thought to be involved in some of the famed health benefits of drinking coffee, including a lower risk of heart disease, diabetes, and early death.

“In moderation, research shows [coffee] can be pretty good for you,” study co-author Megan Fuller, PhD, assistant professor of chemistry at Jefferson, said in a statement. “We found the hot brew has more antioxidant capacity.”

Still, Fuller and co-author Niny Rao, PhD, associate professor of chemistry, wrote in their paper: “Additional research is needed to fully understand any possible differences in the health effects of coffee as a function of brewing temperature and time.”

But don’t worry, cold brew diehards. Your preferred drink still has antioxidants—as well as other health-promoting polyphenols and minerals found in the hot stuff, too. And cold brew even has some of its own perks: Many people find cold brew coffee tastier, which means you’ll be less tempted to load it up with fat or calories in the form of cream, milk, or sugar, Frank Hu, MD, PhD, professor of epidemiology and nutrition chair at the Harvard T.H. Chan School of Public Health, told Health in a prior interview.

Related posts:
11/03/2018 Diet & Food Comments Off on Why Hot Coffee Might Be Healthier Than Cold Brew
Diets News